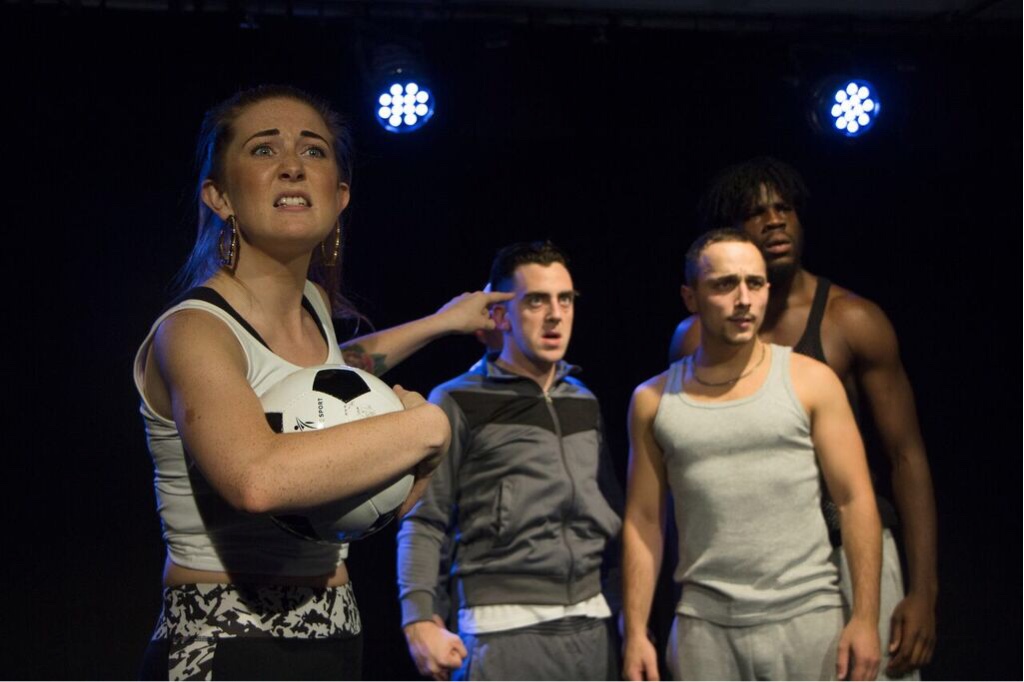 From the beginning of Flesh & Bone, it’s a noisy in your face portrait of life on an East London council estate. It’s almost as if you expect them to punch any member of the audience checking their phone. Or leaving to go to the bathroom. They shout at the audience, they even pick one up so a baby can be delivered on their seat. It’s currently playing upstairs at The Soho Theatre.

But amongst the loud mouths, drug dealers and geezers there’s a bunch of rough but loveable characters emerge. Even if you still remain unsure if want to share a pint with them. 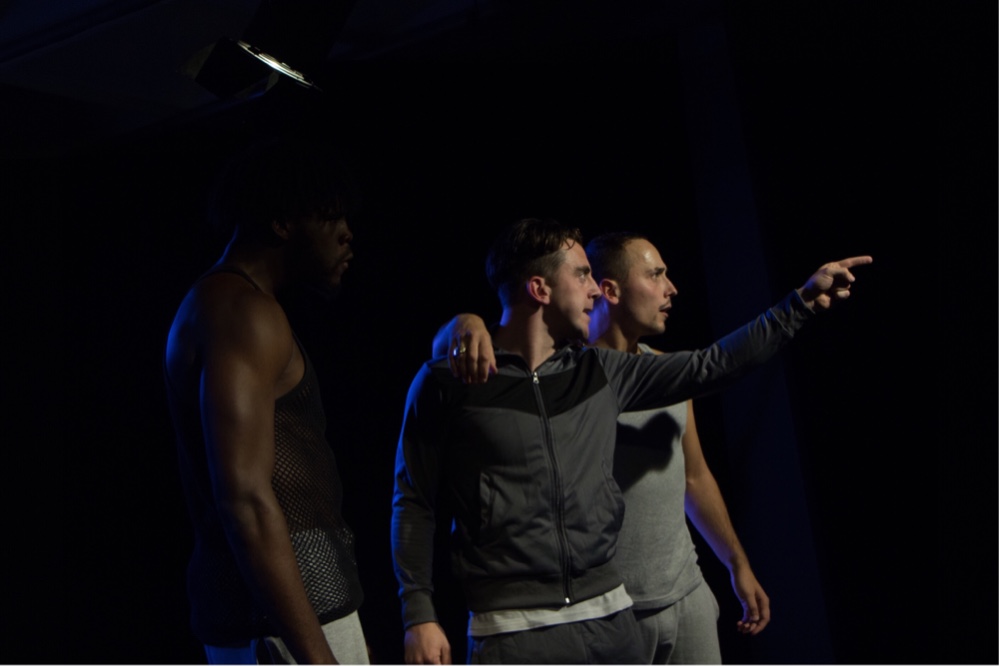 It could be considered a follow up to Berkoff’s East, given it’s reliance on verse and comedy. But it is less confronting. And the attempt to throw the threat of council eviction towards the end seems contrived. But it’s still a clever piece of writing. Aside from the fast-talking and fast paced action, it sets up a series of characters that have you wanting to know more about them.

There’s Terrence (Elliot Warren) and his bird Kelly (Olivia Brady). He seems to be unable to hold down a job and she earns money working a sex line talking to dirty old men. There’s his brother Reiss (Michael Jinks) who works in a Soho bar and wants to be a geezer. And be fabulous. Grandad (Nick T Frost) who thinks he’s a standup comedian and passes the time chatting to a woman on a sex line. Living downstairs is tough looking drug dealer Jamal (Alessandra Babalola). But he’s really a little boy only earning money to take care of his sick mother.

Written and directed by Elliot Warren and co-directed by Olivia Brady, Flesh and Bone runs at the Soho Theatre until 21 July only. 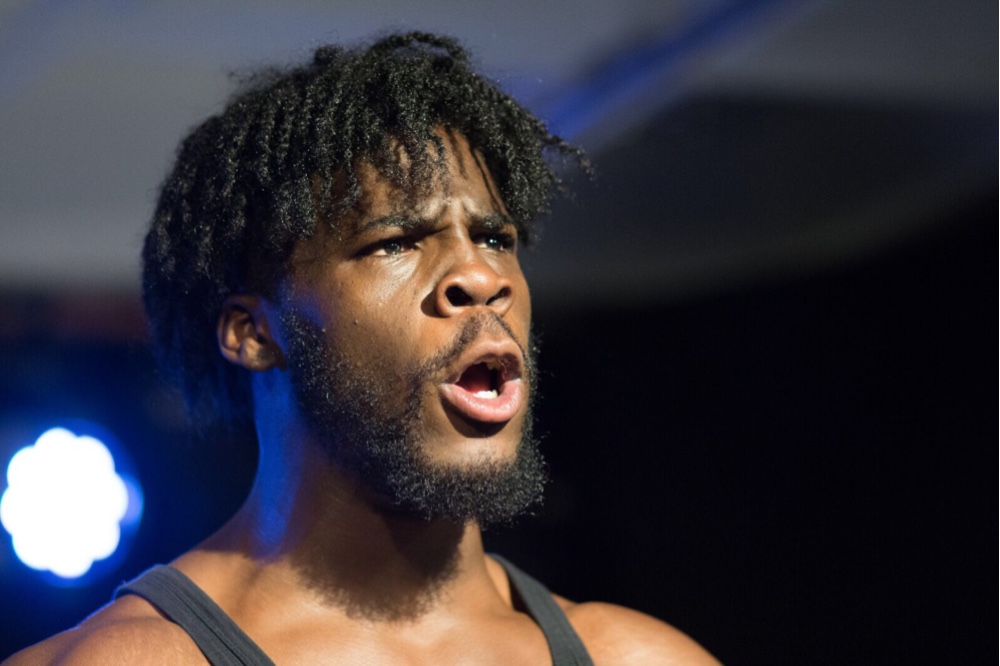