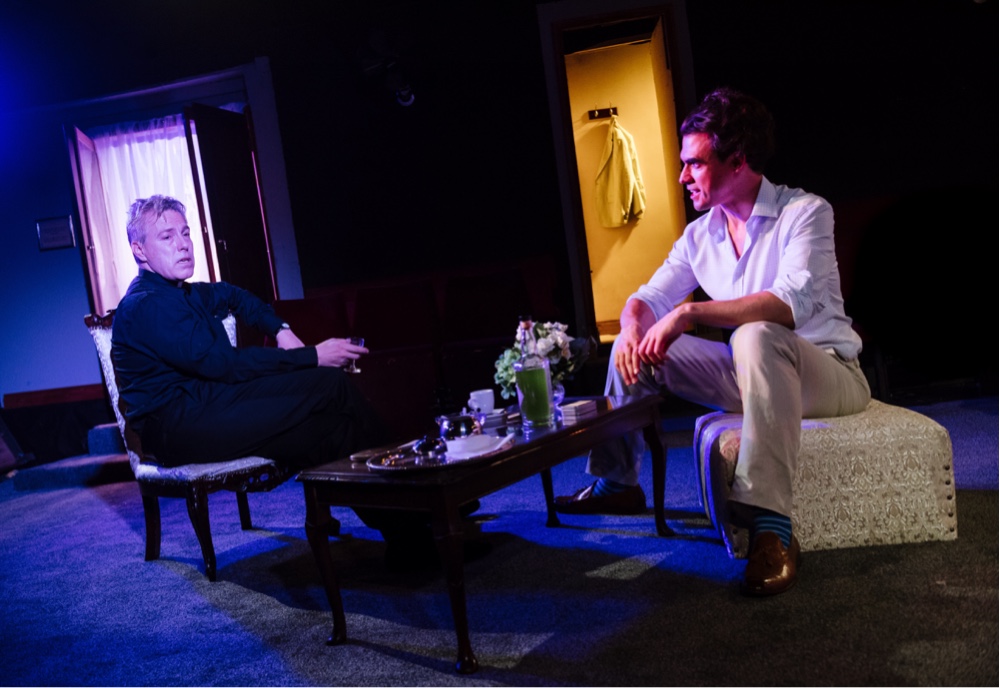 A young screenwriter and an older priest walk into a hotel room in Rome. You just know it isn’t going to end well. But part of the suspense in For Reasons That Remain Unclear is you are never certain where things are heading. Mart Crowley’s sexually charged piece keeps you guessing. It’s having its UK premiere at The Kings Head Theatre as part of its Queer Season of theatre.

Patrick (Simon Haines) is working for Warner Brothers in Rome living out of a fabulous hotel. He meets Conrad (Corey Petersen) on the street and after a long lunch they head back to Patrick’s hotel. What then ensues is a series of mind games as faith, sexuality and secrets are explored. Conversations about the trivial meander into the personal. Then it builds into something darker. 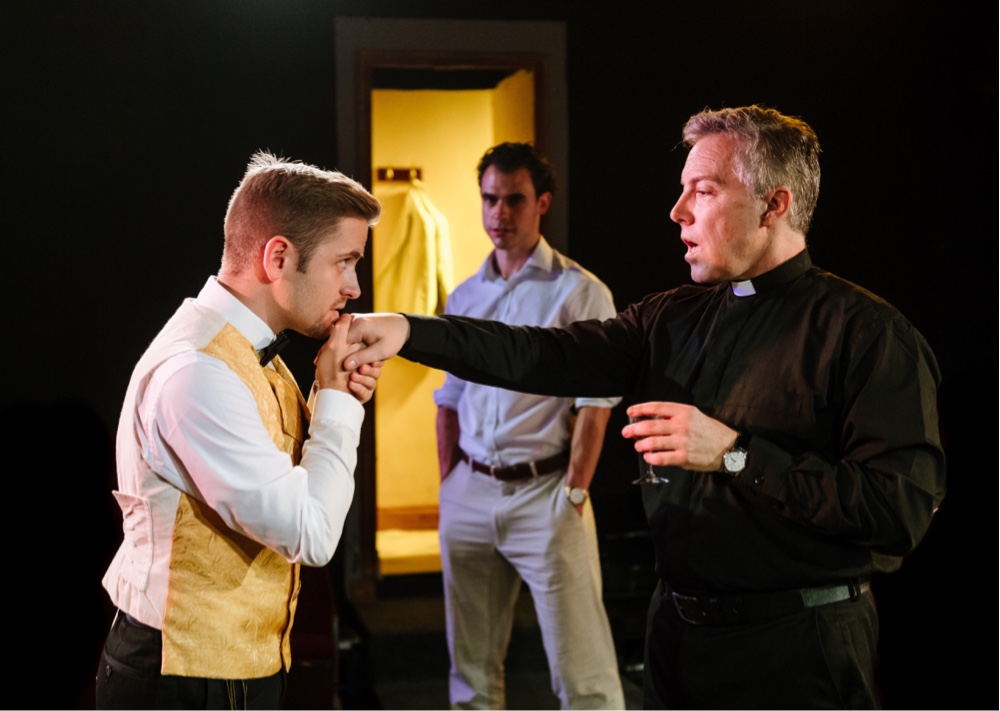 It’s probably every gay priest’s fantasy to get picked up off the street by someone from Hollywood. But if you get past that it’s a rewarding piece, particularly given the performances.

Haines and Petersen are terrific. They hold your attention throughout this intense and intimate show. Haine’s only has to roll up a sleeve before Petersen is nervously reaching for another cigarette.

Only when room service arrives in the form of a sly performance by Daniele Alan-Carter is there any comic relief. 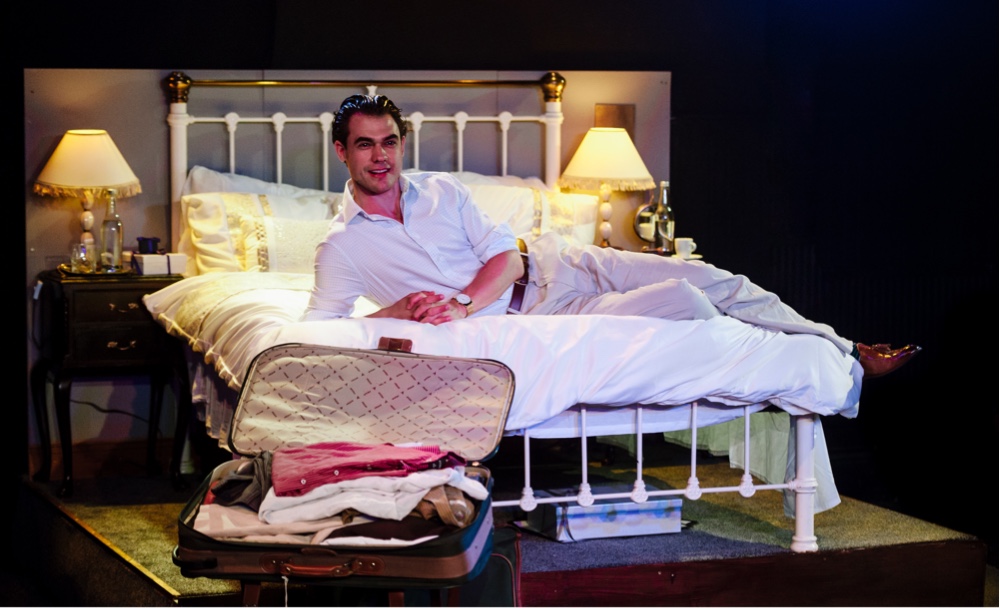 Amanda Mascarenhas’s design makes inspired use of the space with it’s play on light from the Piazza De Spagna in 1990’s Rome. There’s a balcony, a corridor leading to a bathroom and then on what seems like a high altar is the bed. This is play that gives thanks to the higher things in life such as glorious linen sheets.

Directed by Jessica Lazar, For Reasons That Remain Unclear is at the Kings Head Theatre until 18 August.