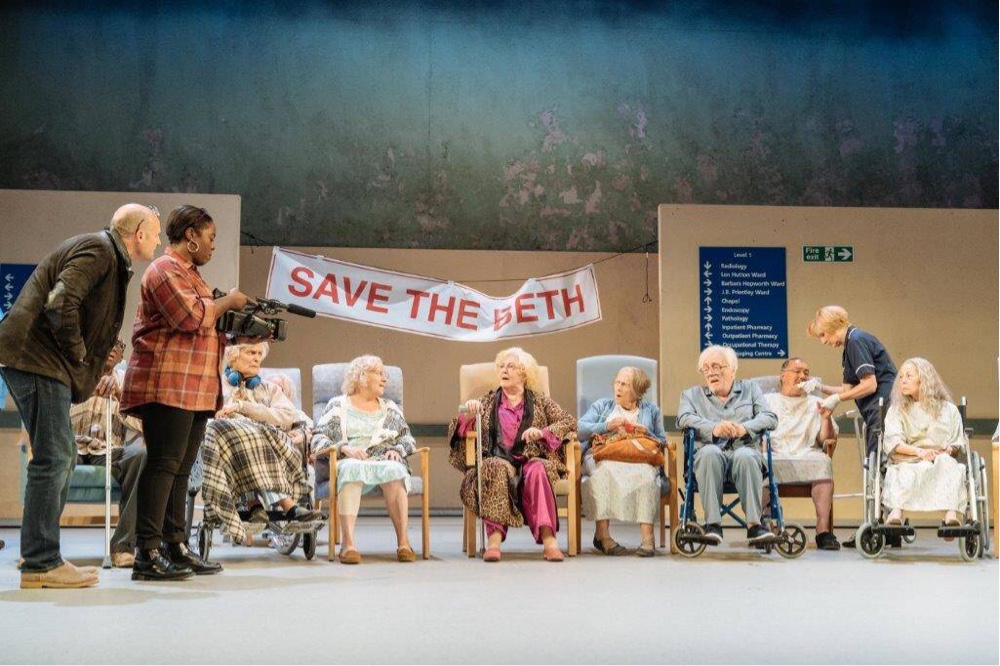 Watching Alan Bennett’s Allelujah! at the Bridge Theatre, you can’t help but admire him for putting it up his fellow Englishmen. After all he’s a national treasure, living legend, man of letters, all round octogenarian. And here’s an angry play about how this country doesn’t care. It neglects its elderly, it causes hardship for immigrants and so on. There’s a long list of grievances that the bigoted press have not unnoticed in their reviews. But it’s presented with all the charm and wit Bennett can muster. You can feel the irony as he evokes the noble yesteryear, contrasting it with the neglect of today.

A nurse quips that the patients are living long enough to form a choir. But it’s a performance nobody sees. Even as the cast work their way through an increasingly elaborate set of musical numbers. It’s as if Bennett’s making the case to the audience that you’re having such a darn good time with the performers why keep putting your old folks on the scrap heap? Life for the elderly who can’t afford it, (or aren’t national treasures) is grim here. 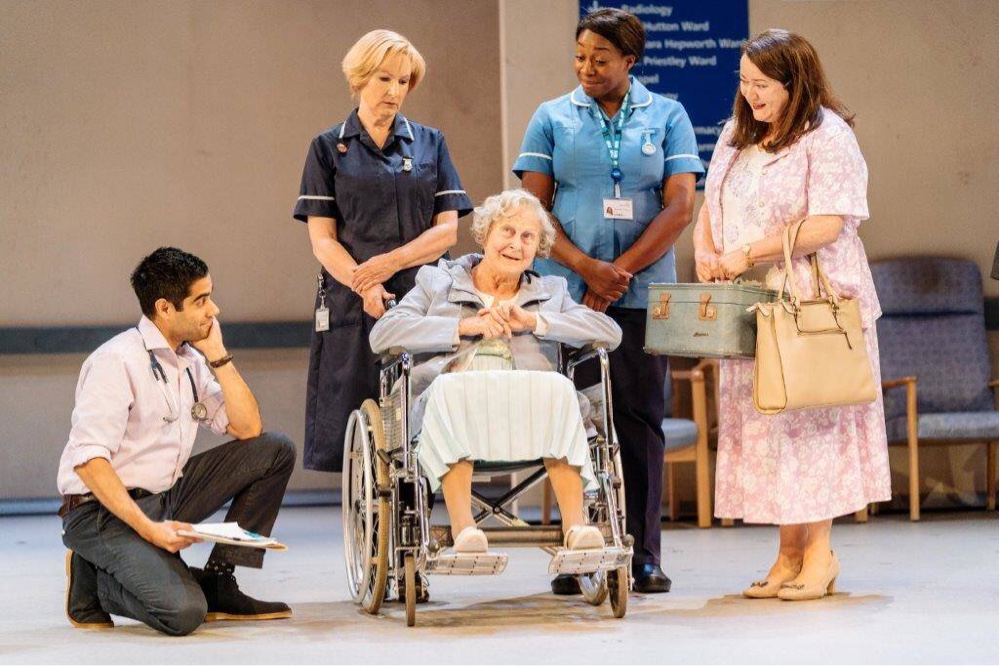 Set in the geriatric ward of “the Beth” hospital, located on the edge of the Pennines. It’s full of patients too frail to go home to live alone. Families live far away and visit only occasionally. And there are no public nursing homes. So they stay in the hospital ward. Bed blocking and alive.

The hospital doesn’t have a specialism. It’s an old fashioned cradle-to-grave service. It meets its targets but may have to close as part of an efficiency drive. As part of the campaign to save it, the smarmy hospital administrator enlists a documentary crew to capture its struggle for survival. But apart from a group of old folks singing not much has happened. Yet.

Against this backdrop there’s a surly management consultant working for the Department of Health (Samuel Barnett). His dad, Joe (Jeff Rawle) who’s a patient and retired coal miner. A young South Asian doctor (Sacha Dhawan) who needs to pass an immigration check. And Sister Gilchrist (Deborah Findlay), who is a sensible nurse with a particular knack for hitting government targets. 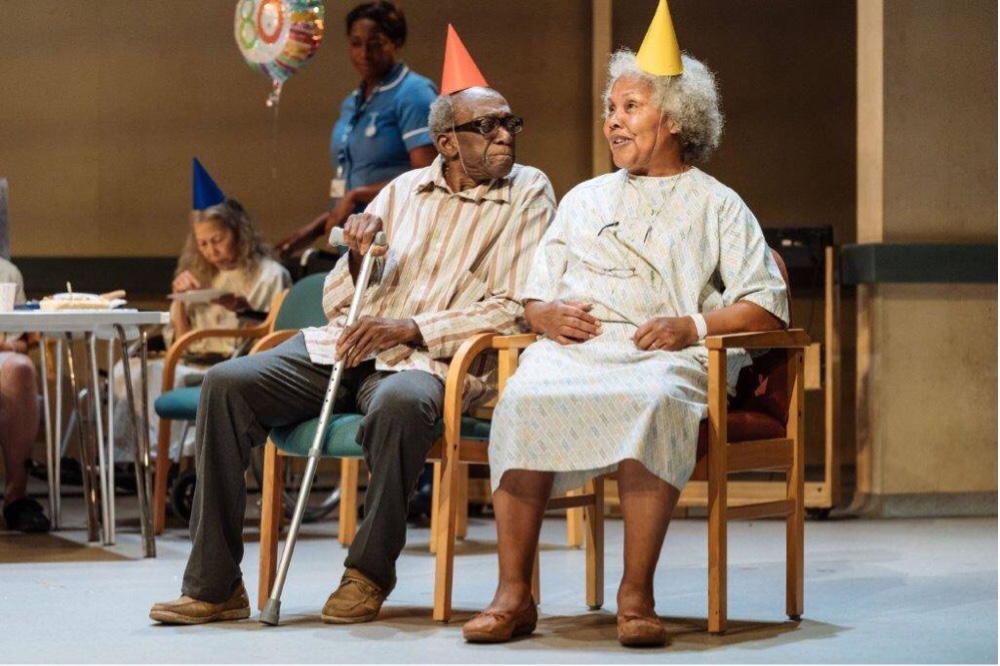 It takes its time to get going but it’s rewarding for its measured anger and good humour throughout. Bennett reminds us there’s a whole other life out there. If his fellow countrymen could be arsed to see it.

Directed by Nicholas Hytner, Allelujah! is at The Bridge Theatre until 29 September.