Death is the final word in Dust, a one-woman show written and performed by Milly Thomas that hits you with humour and grief in equal measure. Inspired by Thomas’s own struggles with depression its raw and provocative. It’s currently at the Trafalgar Studios following its sell out runs in Edinburgh in 2017 and the Soho Theatre earlier this year.

Life for Alice was unbearable and so she decides to kill herself. And now she has to describe the aftermath of her actions and family and friends cope and move on.

We’re introduced to Alice in what looks like a morgue. There’s a stainless steel table and harsh lighting. Thomas is in a skin coloured body suit and describes how strangers are undressing her. They’re getting her ready. 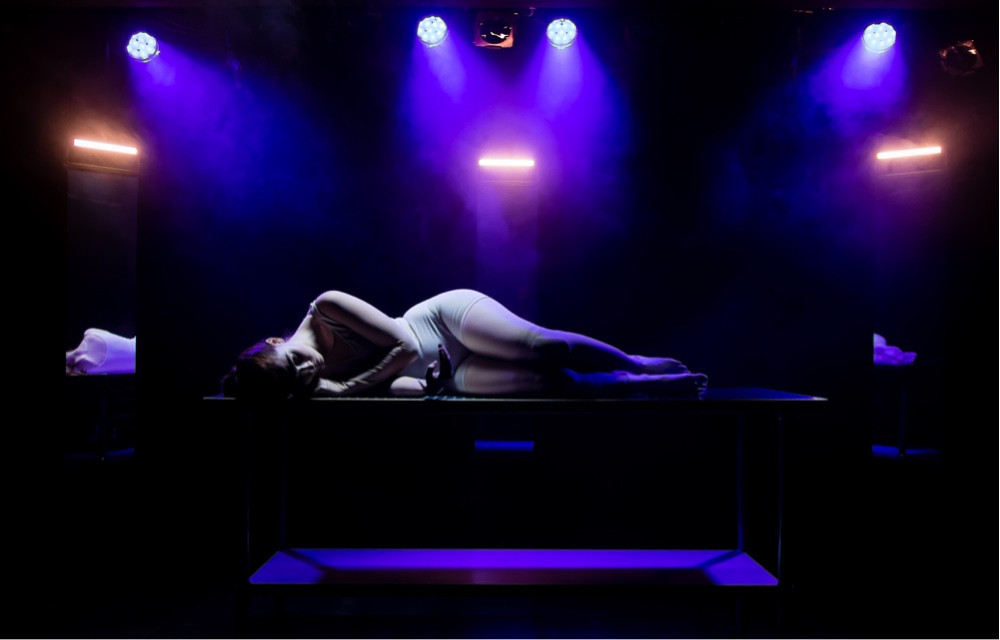 At first it seems like it’s getting her ready for the start of a wonderful new chapter. She’s been dead for a few days and she describes as family and friends gather to grieve. She’s the focus of their lives. Fragments of her short life emerge. The boyfriend who is an unsatisfying lover. The bouts of depression, drugs and self-harming.

Why she did it is less important than understanding what happens to those who were in her life. There are awkward conversations about choosing the right coffin. Or serving gluten free food for the mourners after the funeral. Anything is better than talking about depression, death and suicide.

And as her family, friends and hangers on come together and then move on, she realises this was not what she wanted. But by then its too late.

Thomas holds your attention with her mix of detail, humorous asides and clinical facts about depression and death. It’s impossible to look away. It’s a simple production. Starkly designed by Anna Reid and beautifully lit by Jack Weir. It underscores what feels like a state of purgatory for Alice. The downstairs space of Trafalgar Studios amplifies the intimacy of the piece. It’s one not to miss.

Directed by Sara Joyce, Dust is at Trafalgar Studios until 13 October. 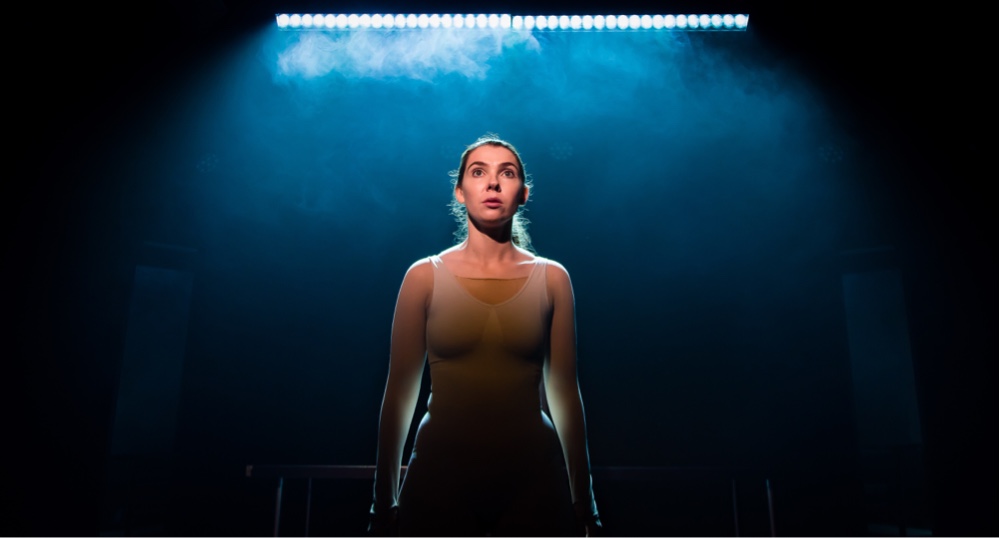