Dying: A Funny Thing Happened on the way to the (etc etc) @Finborough 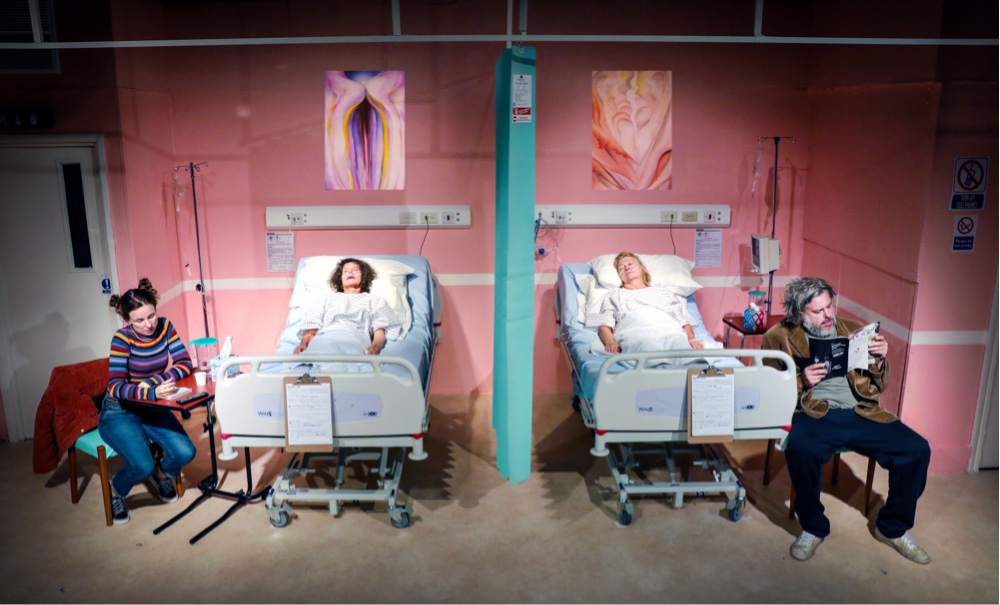 Halley Feiffer’s A Funny Thing Happened on the way to the Gynecologic Oncology Unit at Memorial Sloan-Kettering Cancer Centre of New York City explores the fine line between laughter and grief. It’s having its European premiere at the Finborough Theatre.

In this case it is facing grief, cancer and death in a pink hospital room. Complete with wall art that’s evocative as much as it’s hideous. You have to laugh that even facing death stereotypes persist. But it could be a hospital anywhere. These waiting rooms for those between life and death with their safety signs, equipment all look the same. And for anyone that’s had to visit someone in such a room, there is something funny about that. Even if you aren’t working on a stand up routine. 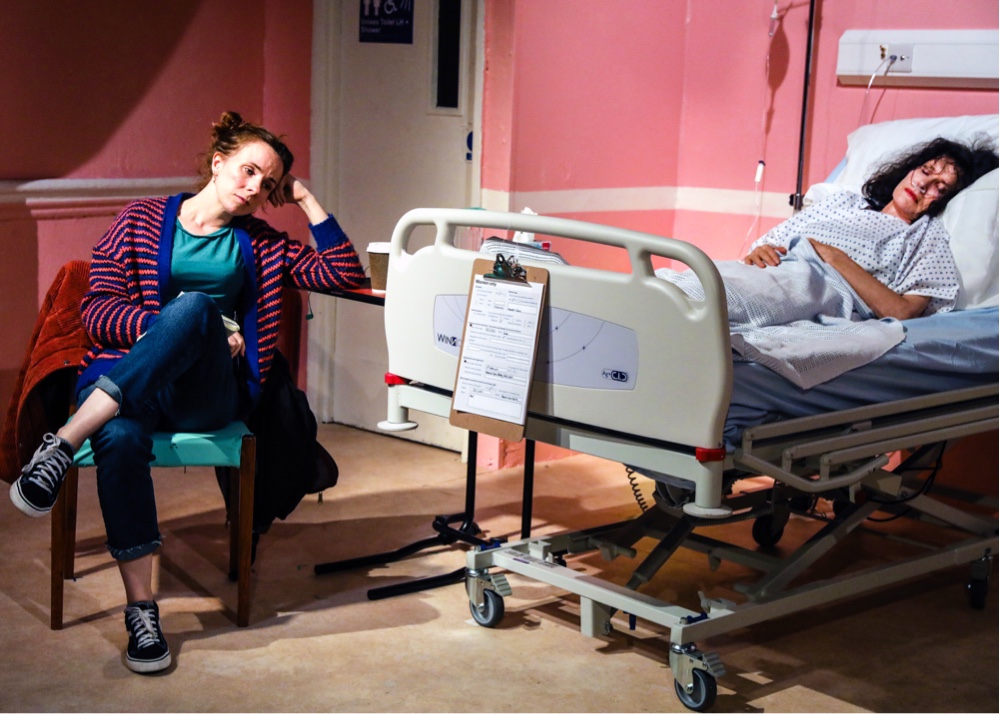 After this setup it then turns to an exploration and challenge about what is socially acceptable when dealing with cancer and death. And even if there may not be many surprises in how things turn out, the finely drawn characters and performances bring out the best of Feiffer’s writing. 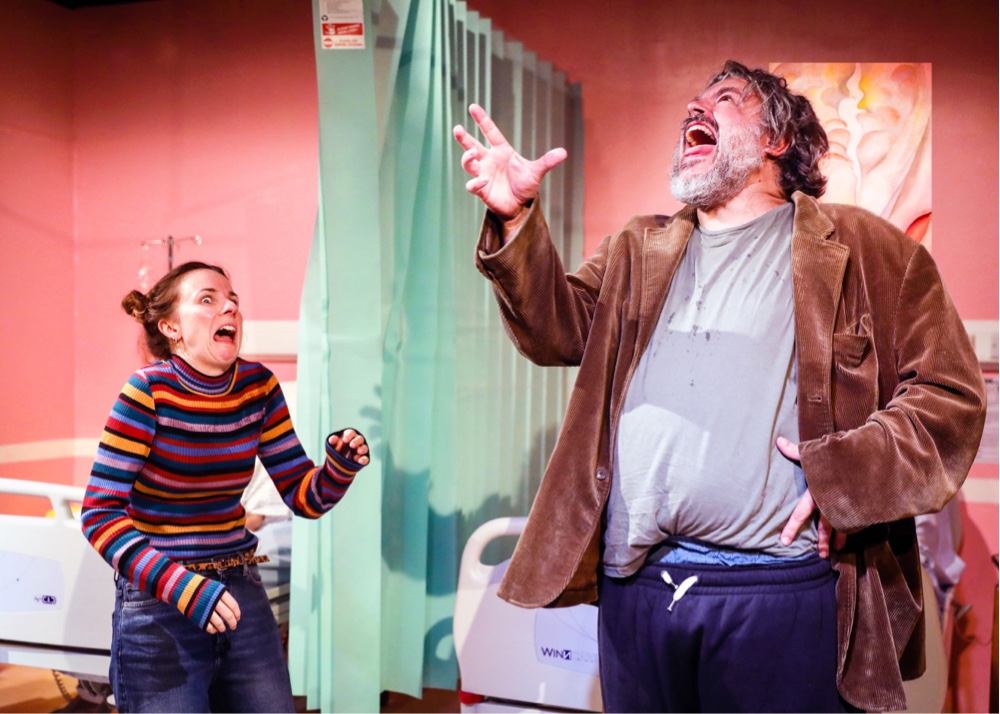 Lloyd as the narcissistic standup comedian with a stream of conscious monologues is both amazing and hilarious. Milward as her mother and potential monster pierces the drama with her in bed interruptions. And Crouch is likable as the dishevelled Don grapples between the what he wants to do and what he thinks he should be doing.

Directed by Bethany Pitts, “Funny Thing” is at the Finborough Theatre until 27 October. Catch it if you can.