Everyone hates Iona. She talks too much. Her only friend is non-binary mate Pingu who doesn’t speak at all. So they decide to get the hell out of Crumlin on the next Ryanair flight. Afterall it is the part of Northern Ireland that has the Airport. But their decision to leave makes them a bit of a celebrity.

Despite the enthusiastic cast, Lisa Carroll’s play Cuckoo doesn’t cover much. It’s currently playing at the Soho Theatre. It’s your typical young person wanting to break out of shitty town story. If you’re unfamiliar with Crumlin in Northern Ireland, you can only assume it’s pretty grim. Much of the action centres around a place called Texas Fried Chicken. 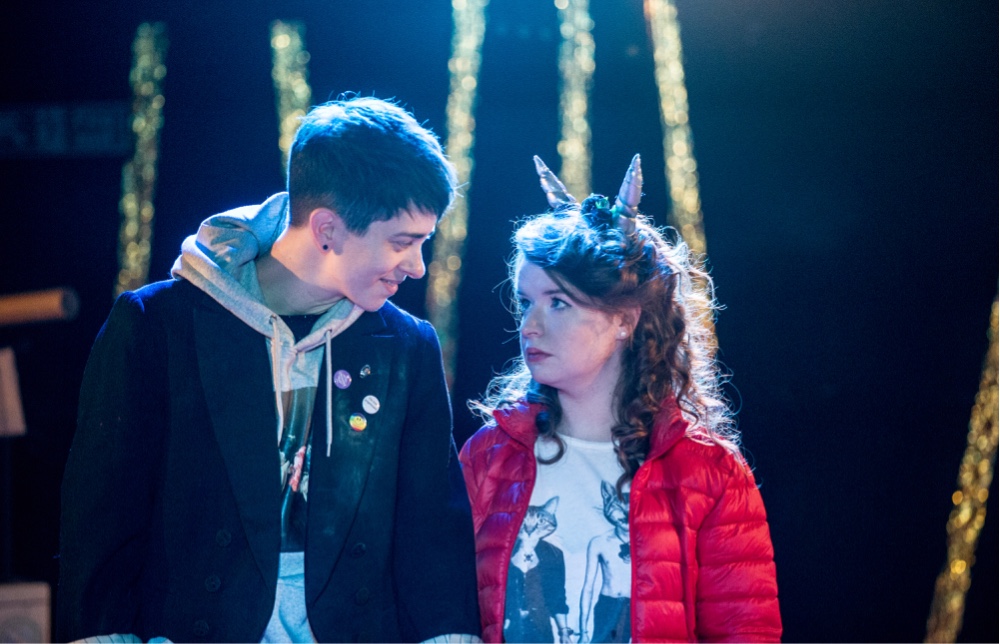 We don’t get to know the characters well. As they fight and film each other for instagram stories they become less and less interesting.

I was hoping at one point we would understand why the two central characters were friends. But in this ninety minute play dragged out to nearly two hours, we get one fight or dance routine after another. Someone swears, drinks cheap beer from a can and we move on to the next scene.

The production isn’t helped by a curious decision to stage the production in the traverse. If you’re sitting on the wrong side kills one of the more comic moments when Iona is trying to arouse the local lad.

Still the cast work best with what they’ve got. Caitriona Ennis has great comic timing as the talkative and eccentric Iona. Towards the end she declares she wears Crocs because she wanted to wear them. It comes across as a declaration of a person in search of the creature comforts of normal life.

Directed by Debbie Hannan, Cuckoo is at the Soho Theatre upstairs until 8 December. 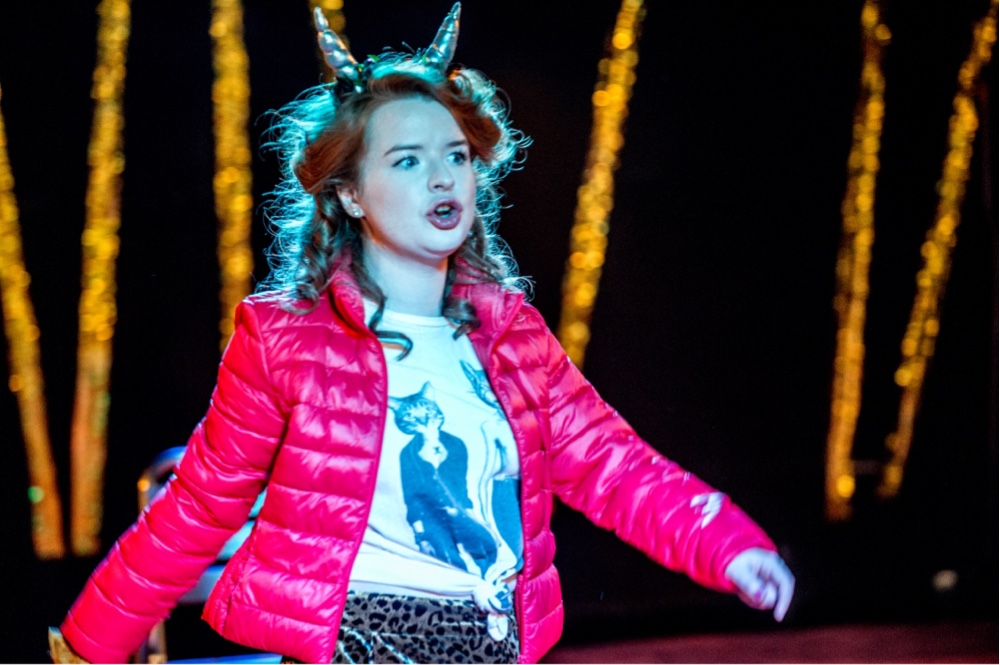