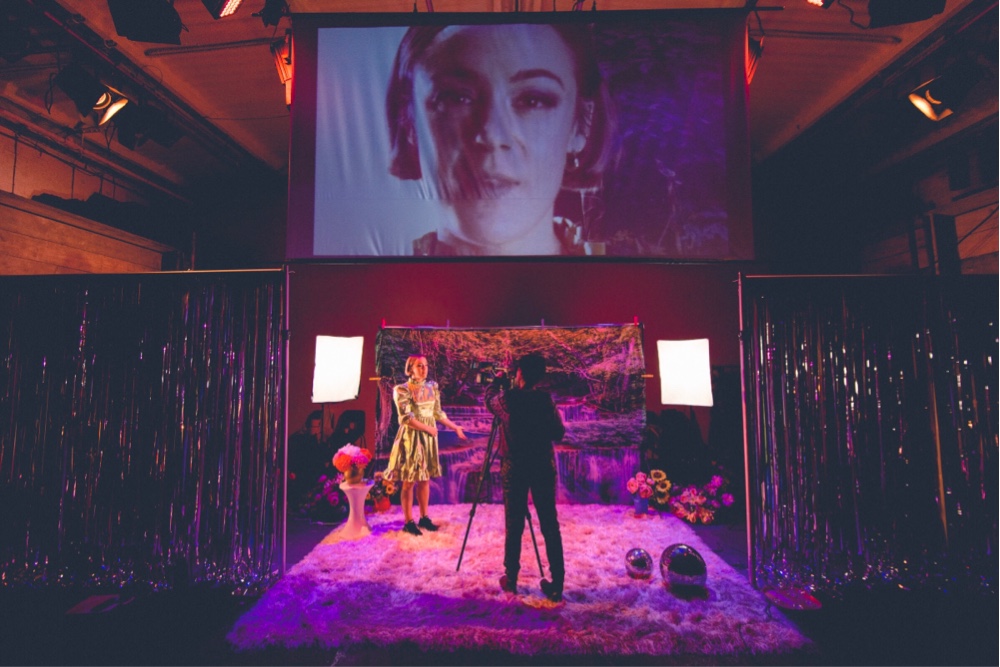 In Super Duper Close Up, Jess Latowicki is seven minutes early to a meeting. It’s a meeting that could give her work. I never arrive early to meetings so I figured this is a chance to find out what early arrivers do to pass the time. During this time, between taking the moral high ground for arriving early, she starts talking about her life and where it’s gone all wrong. It’s theatre we can all relate to. Funny, moving and often bizarre, it’s currently playing at The Yard Theatre.

Latowicki with her robotic-like rapid fire delivery often feels like she’s a stand up comedian talking about her life. She gives phrases like “think pieces” and “scrolling” specific hand gestures so that they stick in your mind. 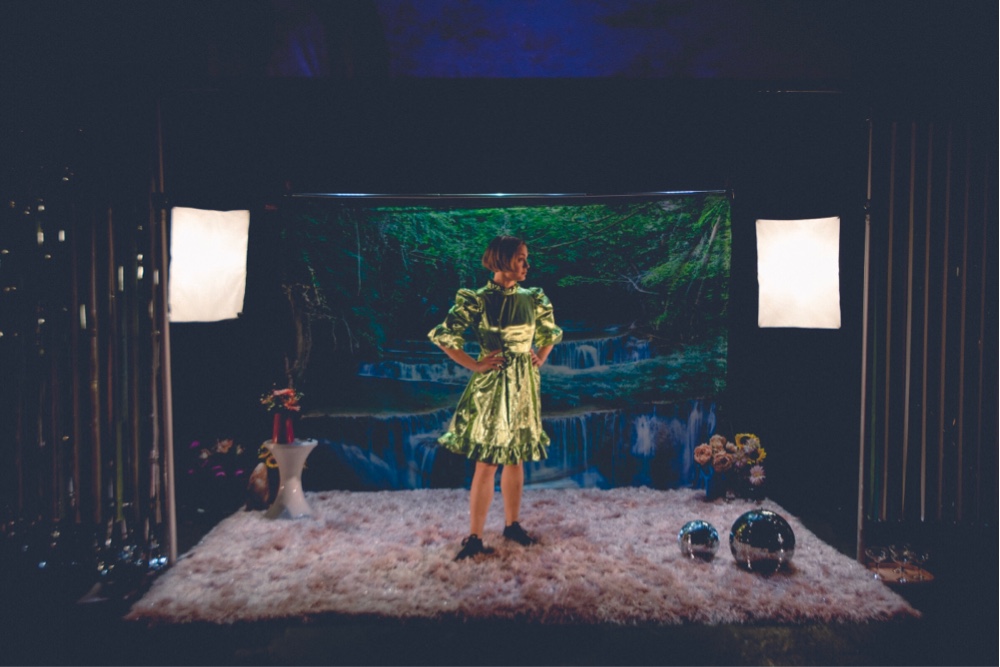 Everything is filmed and projected. It’s like you’re trapped inside in an Instagram story or someone’s live feed on social media. At one point she moves into the audience. Then she takes someone to show her detailed beauty regime. A regime that’s described in French as it sounds more convincing.

As the monologue progresses, and she continues to wait for her meeting, fragments of her life enter her mind. Soon her moral high ground for being early and knowledge of Botox and dermabrasion gives way to darker thoughts. She worries about her next freelance job, whether she is sick. Or is she beautiful enough? And does her strong opinions and moral high ground make her palatable enough in today’s market. Whatever that market might be.

For most of the piece Latowicki is in a satin green dress. She wears it like a suit of armour. And with a set that consists of a furry pink rug, disco ball and a glitter curtain it gives a bizarre otherworldly appearance.

Created and performed by Jess Latowicki, Super Duper Close Up is at the Yard Theatre until 24 November. 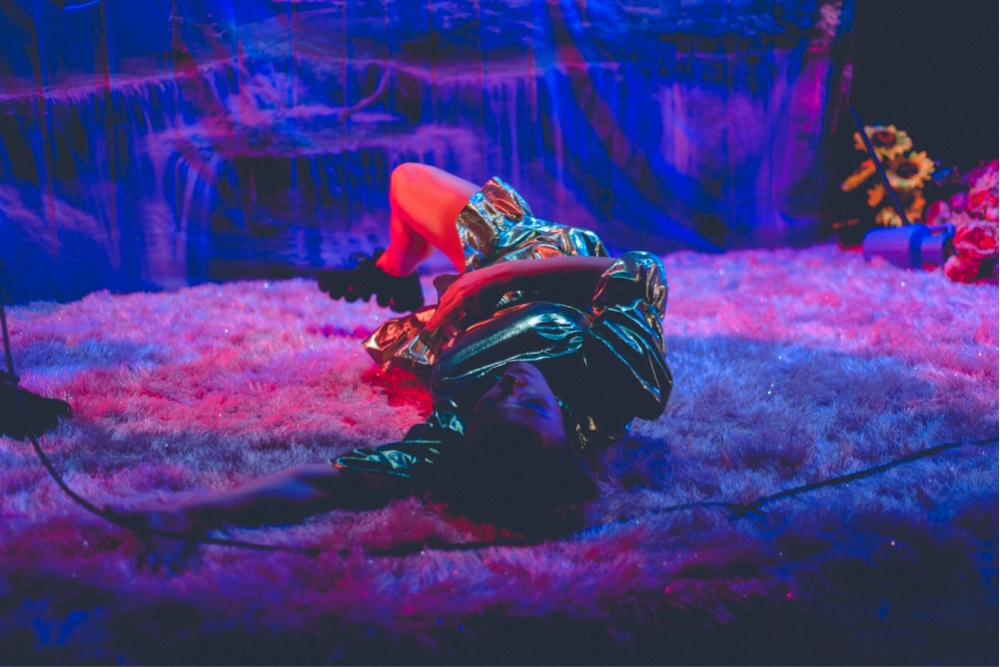