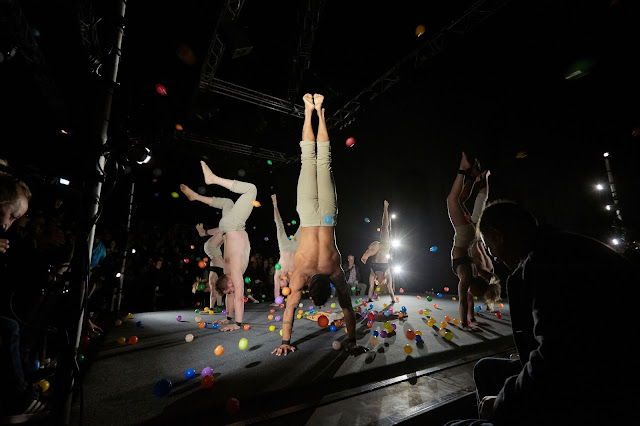 Gravity and Other Myths return to the Underbelly Festival on the South Bank with their thrilling minimalist and physical show, A Simple Space. The piece strips back the art of circus performance until it’s just skin and muscle. Leaving you amazed by the feats of endurance, strength and precision.

It’s been four years since Gravity and Other Myths had this show on the South Bank. And while the performers have changed, the sense of playful wonder remains. And it’s still exciting seeing performers skip rope, handstand and backflip to the point of exhaustion. 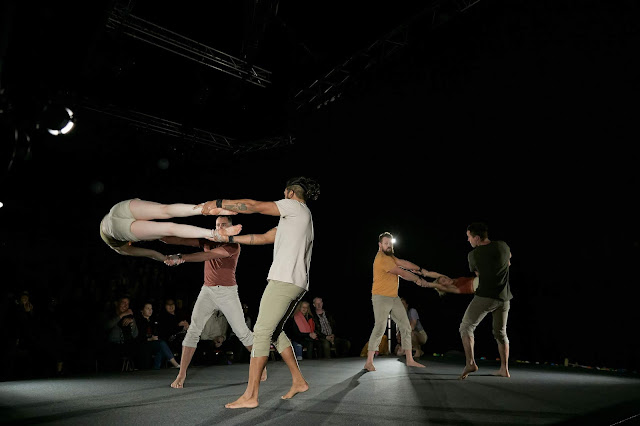 This is not a show that makes circus art look easy. The show progresses through various feats of endurance including throwing, catching and falling. The opening scene features each performer shouting out they’re falling and wait for another performer to catch them. It’s an evocative opener and sets the tone for various set pieces that play on the theme of gravity-defying circus acts.

Audience participation includes an endurance piece where two of the female performers hold men from the audience. Until they drop one. Men sitting in the front row of this show should take note. And make sure you’re wearing appropriate underwear. There’s another scene where performer Annalise Moore hand balances over the cast and unsuspecting invites on stage. Accompanied by a live soundtrack, its one hour of impressive feats. Particularly towards the finale as bodies climb on top of each other and are thrown about. It's a little bit of fun too.

A Simple Space by Gravity and Other Myths is at Underbelly at the South Bank until 5 May. 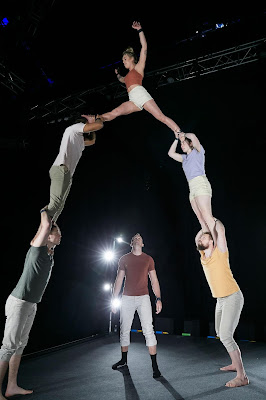