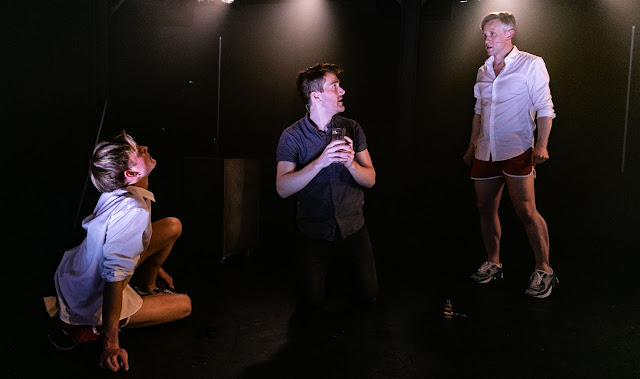 Something is unnerving about Tumulus. It isn't just that some audience members are asked if they want apple juice or Lucozade before the piece begins (although that's pretty weird too if you're unfamiliar with the subject matter). But it's that the show will leave you with the thought that in the London gay community there are a group of professional men who are perfectly happy to let you die. Just not in their own flats. So beware partying with anyone with easy access to Hampstead Heath.

A short piece it's about respectable professional Anthony (Ciarán Owens). He has a stable job and a penchant for young boys and 36-hour chemsex parties. When his ex-lover is found dead on Hampstead Heath was it just another overdose that happens every week. Or was it something more sinister? 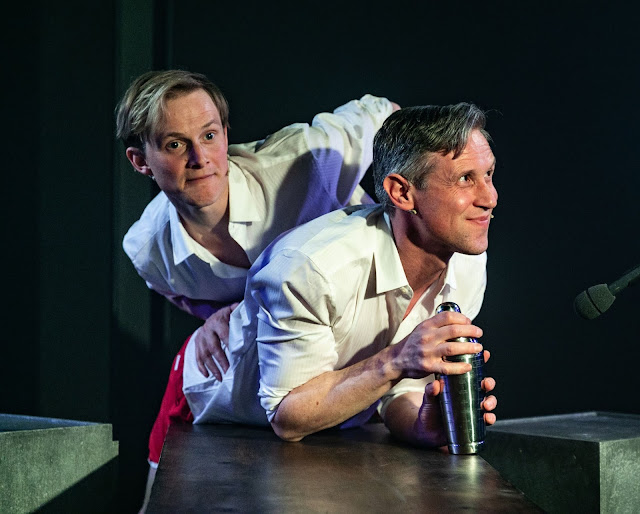 The life of Anthony, his addictions and the people around him weave together like a gay gore whodunnit. But writer Christopher Williams creates a funny and playful account of life in London, particularly in gay north London.

Ian Hallard and Harry Lister Smith in their short red shorts and crisp white shirts play a variety of men in and around Anthony's life. They also create various sound effects as if they're in a radio play, which adds to the novelty of the piece.

But it's the real-life story about the Grindr Killer that makes this piece feel disturbingly plausible. When overdosing is as easy as an extra droplet, there's a fine line between ecstasy and death. And when things go wrong, rather than explain things to the police and risk a promising career, is it easier to just dump someone in a park, hoping they'll sleep it off? Stephen Port may not be an isolated incident. Now there's something to contemplate heading home from Soho in the evening.

Directed by Matt Steinberg, Tumulus is at the Soho Theatre until 4 May. 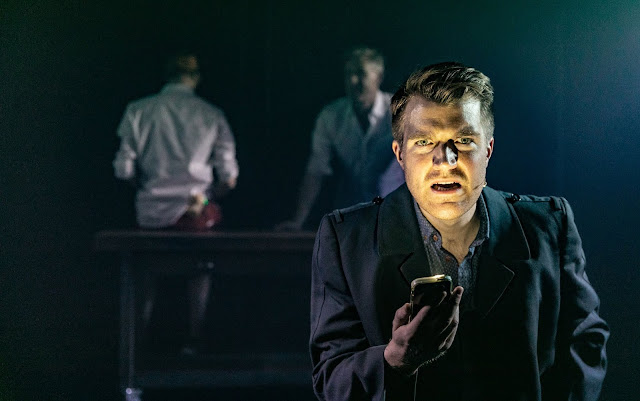