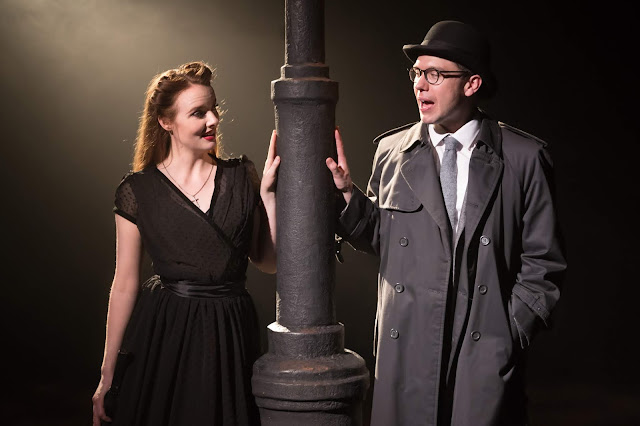 Amour is about the brief charming life of an ordinary man who discovers he can walk through walls in 1950s Paris. With music by Michael Legrand, it’s a whimsical fantasy that it’s hard to dislike. As the piece says, “There’s magic in the air” even if the lyrics translated into English bring the piece crashing back to reality. It’s having its UK professional premiere at Charing Cross Theatre.

At the centre of the piece is an earnest young man Dusoleil (Gary Tushaw), who lives alone in a flat in Montmartre, dreaming about his neighbour Isabelle (Anna O’Byrne), who is married. He’s a hard worker in the civil service who gets his work done so he can write a letter to his dear mother. But one day during a power outage he discovers he can walk through walls. So he decides to put his new talents to good use to become a latter-day Robin Hood, winning the hearts of the locals and Isabelle.

The lyrics become predictable that it’s tempting to play a guessing game. You just know when the lead sings about making an “appointment” to see a doctor he expects to get an “ointment”. The obvious relentless rhyming makes it feel like you’re trapped in a not so fun children’s book. 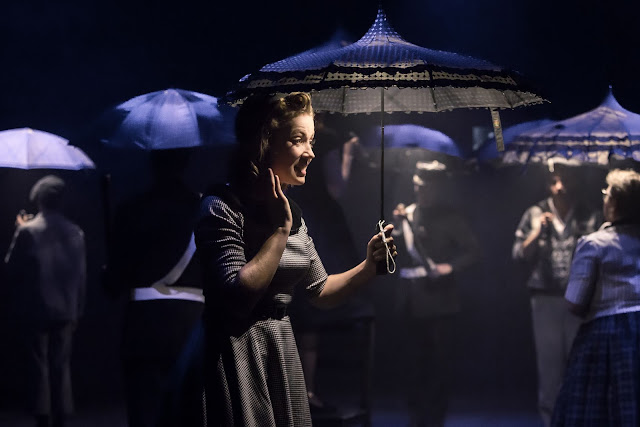 But it’s so imaginatively staged in the traverse setup in the Charing Cross Theatre. There are street lamps, bicycles and bright effects to create a fantasy-Paris world. It’s also sung with precision by the small cast playing multiple characters.

Tushaw with his nerdy looks and vocal abilities makes for a wonderful hero. He’s well-matched with O’Byrne as the woman trapped in a loveless marriage. She dreams of meeting the mysterious man who is helping the people of Paris. But her initial disappointment is palpable when she realises her hero is a nobody. He’s not the man she envisaged. It’s a magical moment of theatre that underscores this musical is a fantasy on many levels.

Directed by Hannah Chissick, Amour is at Charing Cross Theatre until 20 July. 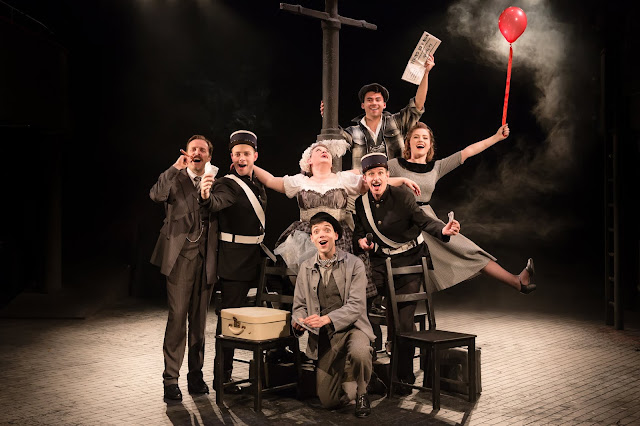