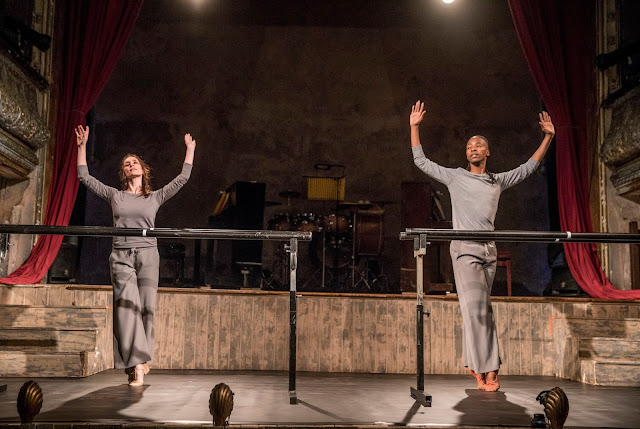 It was meant to be ballet with songs. But instead after the cancelling of the original programming of Seven Deadly Sins, it became songs and a little bit of choreography. But with its beautiful singing and a chance to see a new dance piece choreographed by Javier De Frutos, Three / 8:38 / Seven shows that simple (although unplanned) premises can make a for a great evening of entertainment. It’s currently at Wiltons Music Hall.

The programme opens with “Three”, representing songs from Kurt Weil and Bertolt Brecht’s Threepenny Opera. Beginning with the overture, it sets the mood for the period of Weimar Berlin. It might help to understand the time and context of the piece, but by the time we’re into the Pimp’s Ballad and Mack The Knife (arguably Weil’s biggest hit) it probably doesn’t matter. 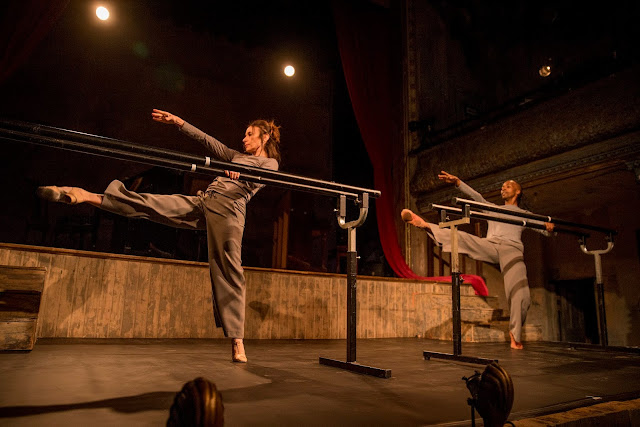 Next up is the dance piece, 8:38 performed by Viviana Durante and Mbulelo Ndabeni, set to music by Bach and Weil, ending with Lotte Lenya’s version of September Song. As the two dance in synchronicity, the song takes on additional meaning about making the most of the time you have.

Closing the evening is Seven, which is a concert staging of Weil’s Seven Deadly Sins. It’s well sung, especially by Wendy Dawn Thompson as the role of Anna. And without the other Anna as the dancer, it reinforces the argument that the two characters are one and the same.

And although I missed the other dancing Anna, it’s still an excellent evening showcasing the music of Kurt Weil and the performers.  Three / 8:38 / Seven is at Wilton’s Music Hall until 18 May.