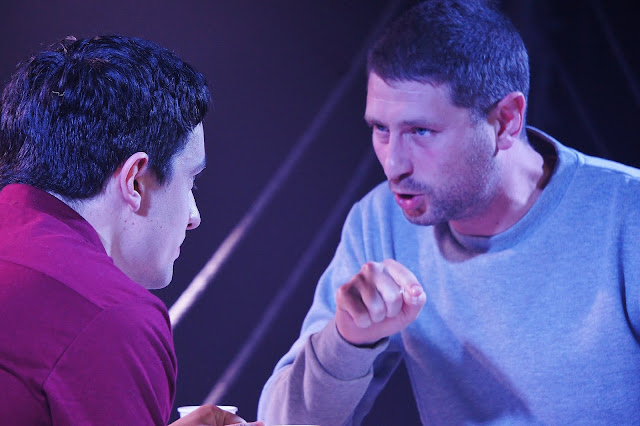 The latest instalment of the Up series landed this week. It tracks the lives of a bunch of unrepresentative British people every seven years. Fascinating in its ordinariness and irritating by director Michael Apted's random and pompous commentary, it was on my mind as I was watching Country Music. It's a much more subtle exploration on how people change over time. Or at least your perception of them. And how your life can be shaped from your early years in ways you can never appreciate. It's currently playing at the Omnibus Theatre.

Jamie (Cary Cranson) and his girl from school, Lynsey (Rebecca Stone) are in a car Jamie has stolen. Along with a large bag of crisps. It's 1983, and they're just out of school. They talk about getting away and the benefits of different flavours of crisps. But beneath the surface, something isn't quite right. Jamie has a short fuse. There's talk about a mighty fight. And soon, Lynsey is scared. 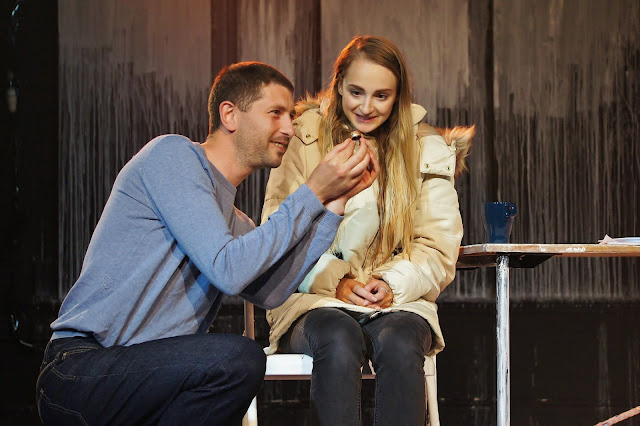 Things jump forward a few years, and Jamie is in prison. His brother Matty (Dario Coates) is visiting. Talk shifts soon to the cause of his incarceration, and the sacrifices Jamie has made, including to protect his little brother. Next, we see Jamie out of jail but confined to a bedsit. His daughter, Emma (Frances Knight) visits out of curiosity, much to the disappointment of Jamie.

Through the careful positioning of the characters, your sympathies and understanding of Jamie shifts during the piece. Jamie, at the outset, seems dangerous to himself and everyone around him. But he isn't a monster. It's a smart piece of writing that the cast serves well, particularly by Crankston who sensitively portrays Jamie from thug to broken man.

Written by Simon Stephens and directed by Scott Le Crass, Country Music is at the Omnibus Theatre until 23 June.