A room with a song: The View Upstairs @Sohotheatre 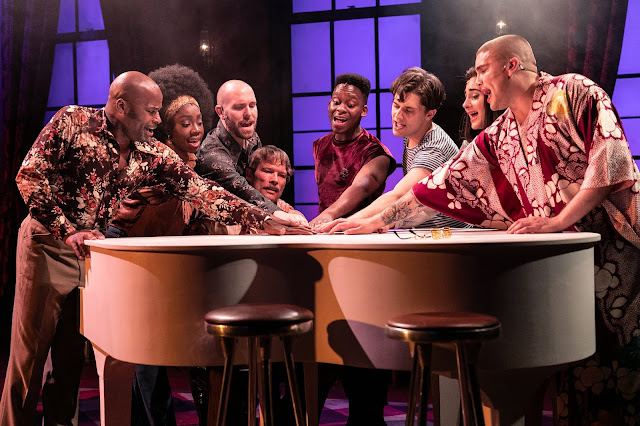 The View Upstairs imagines a dialogue between the trailblazers of the LGBT+ community and today's self-absorbed gender-fluid Millennials. The dialogue is through a series of songs by Max Vernon that veer from soft rock, disco and glam. It has some wry observations about what has and hasn't improved for the community since the 1970s. So the conversation becomes more like a musical theatre bitch slap to anyone who takes for granted the right to be themselves. It's currently playing at Soho Theatre.

Set in 2017, internet influencer and conflicted fashion designer Wes (Tyrone Huntley) has fled New York for New Orleans. He's bought a building intending to show off his work. But he's either mixed his citalopram with his cocaine or trapped in a time warp as he found himself back in 1973. And the building he bought was the site of a largely forgotten arson attack on the gay bar Upstairs Lounge that killed 32 people. This had been the deadliest attack on the LGBT+ community until the Orlando Pulse nightclub attack. 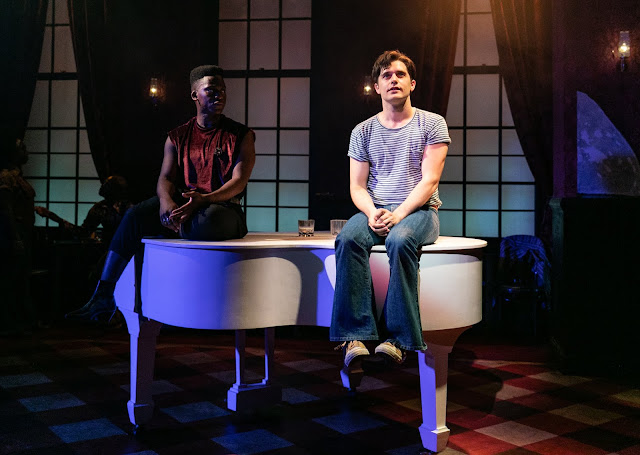 Wes should be unlikable, but Huntley performs the role with a mixture of hubris and vulnerability that puts you on his side from the outset. The series of regulars who haunted the Upstairs Lounge come to life and haunt Wes. And everyone has a song. Just as well these songs are catchy and funny and sung by a great ensemble assembled for this piece.

There's the jaded bar owner and grumpy lesbian Henri (Carly Mercedes Dyer). Freddy (Garry Lee), a Latino construction worker by day and by night drag queen "Aurora Whorealis" who gets his makeup tips from his mother (Victoria Hamilton-Barritt). Seemingly innocent Patrick (Andy Mientus) takes a shine to Wes and proves to be an unusual ghostly love interest. And there's a rousing anthem sung by Cedric Neal who also serves as the elder camp statesmen througout most of the show.

Walking into the Soho Theatre at first it looks like they've transplanted The Retro Bar off the Strand into the theatre. There's a dingy, worn-out look that only stale beer and years of cigarette smoke can elicit. But it is also so inviting. And since there's on-stage seating, it's tempting to walk up there and get a drink.

As the show approaches its grim conclusion, it seems to run out of steam a little as it tries to juggle too many worthy topics. But it's refreshing to see in the West End a new musical that isn't a revival or based on a movie or a series of pop songs we've heard before. Instead, there is just a hard-working ensemble of actors in a show that offers a critical view on how far we have come.

Directed by Jonathan O'Boyle, The View Upstairs is at Soho Theatre until 24 August. 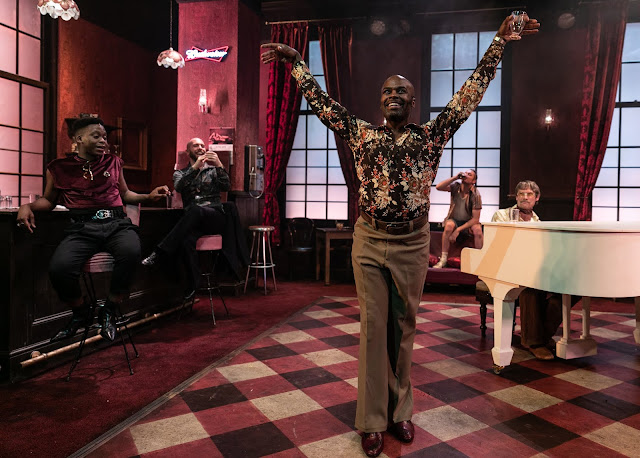