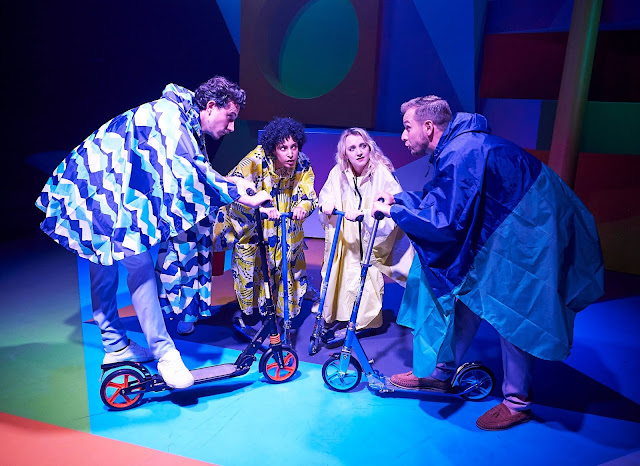 Love in the age of #metoo, career goals, money worries and online dating can be a bit random and to chance. It's all part of life in London. That and the need for a flat close to the tube. It's all explored in Games for Lovers, a new piece by Ryan Craig that's currently playing at The Vaults.

There's Martha (Evanna Lynch) who is secretly in love with her best friend Logan (Calum Callaghan). But Logan's got a girlfriend, Jenny (Tessie  Orange-Turner), although he has trouble with intimacy. When Darren (Billy Postlethwaite), an old college mate of Logan's, has a room to rent, Matha takes it since it has excellent tube links. Even if Darren's a bit odd. 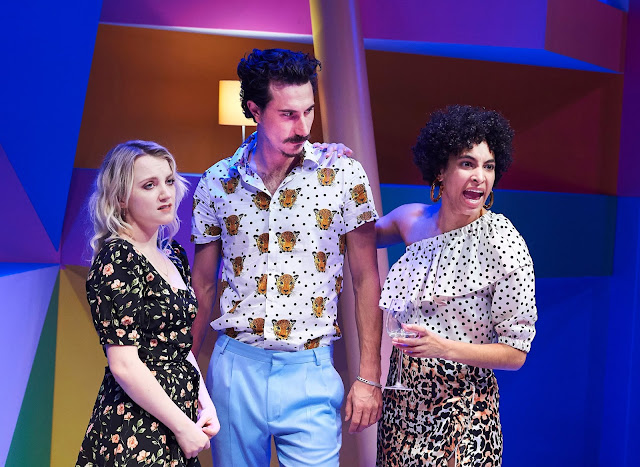 Through a series of flashbacks and addresses to the audience, we get a sense of who they are. But things really get interesting when Darren decides to give Martha lessons in the art of seduction. Lynch and Postlethwaite together are hilarious with their unexpected outbursts and comic timing. And Orange-Turner is a delight role-playing as a prostitute who uses oral sex in an attempt to shut her boyfriend up.

Whether it's role-playing, truth or dare, silly competitions, the show is full of games to underscore that everything to do with love is a bit of luck.
The abstract staging also makes it feel as if the characters are trapped in a game show of their own making.  It's funny and well-performed, with an ending that isn't entirely predictable or sentimental.

Directed by Anthony Banks, Games for Lovers is at The Vaults until 25 August. And the venue now has air conditioning, so it's a great summer diversion.