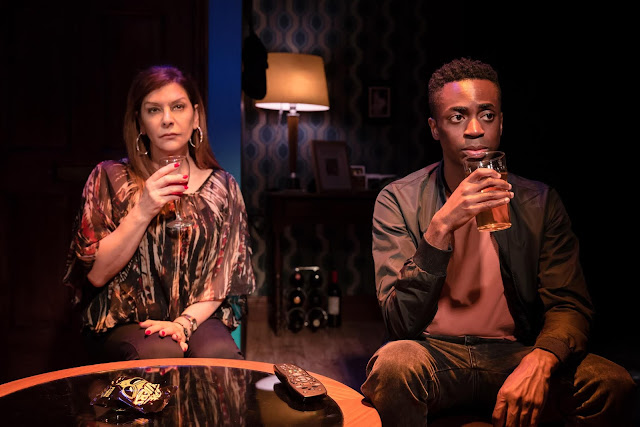 Cult eighties television is the launch pad for looking back on a life sort-of lived in Dark Sublime. A long but rewarding look at how trivial and inconsequential things can end up being so much more. In this case, a crap science fiction show alters the space-time continuum with enduring rewards, and a chance to reflect on a life well lived so far. It’s currently at Trafalgar Studios.

Marianne (Marina Sirtis) is a serious actress who reached fame with a London Television science fiction show, Dark Sublime. Full of cheap effects and overacting, it was a minor hit when it aired in the eighties and since developed a cult following. 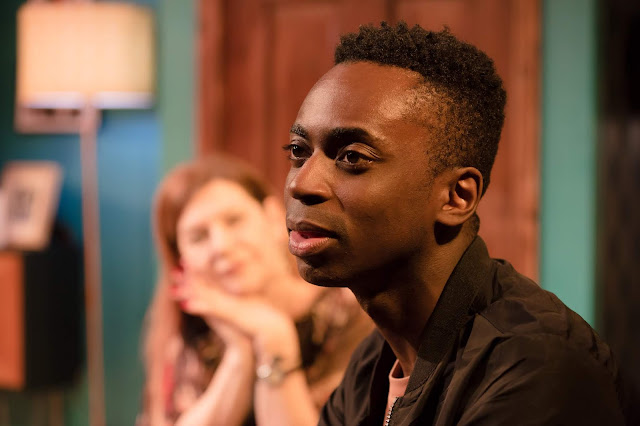 Her television work gave her fame and paid for the mortgage. Nowadays, she makes ends meet with random jobs that pay for her penchant for cheap wine at Tesco. But a young man with a childhood obsession for Dark Sublime (Kwaku Mills), tracks her down for his fan website. Their meeting leads to a moment of reflection of where she is in her life, and her relationship with her longtime friend Kate (Jacqueline King). Particularly when Kate finds a new partner.

Fandom and fame are the backdrop to how the passing of time means that sometimes you don’t always appreciate the highlights of your life. And at some point in your life your friends become your family. Particularly among the LGBT+ community.

Written by Michael Dennis, who has a history working as a stage manager in theatre, it’s full of rich detail about the business and life in the eighties. And this is brought to life by the excellent cast who make the most of the material. Particularly Sertis, who is remarkable to see on stage. She’s almost sending up herself given her Star Trek fame, not that I would dare call Star Trek crap television. But it also meanders over its two hours-forty duration. And still leaves many loose ends that feel frustrating.

I caught it on the night it was playing as a relaxed performance. The cast arrived onstage ahead of the show and explained who they were and what would happen during the first act. It’s a pity that some aspects of introducing a relaxed performance aren’t part of every show. It gives you a chance to see the cast as people. And I couldn’t wait to see the coffee table light up after it was pre-announced. Much better than the silly disclaimers that abound as notices at theatres nowadays.

Directed by Andrew Keates, Dark Sublime is at Trafalgar Studios until 3 August. 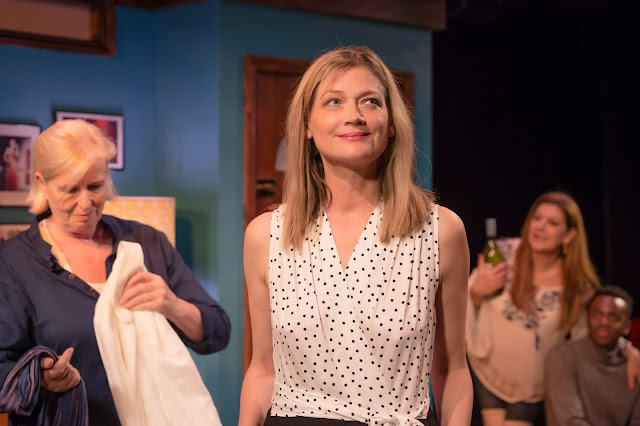