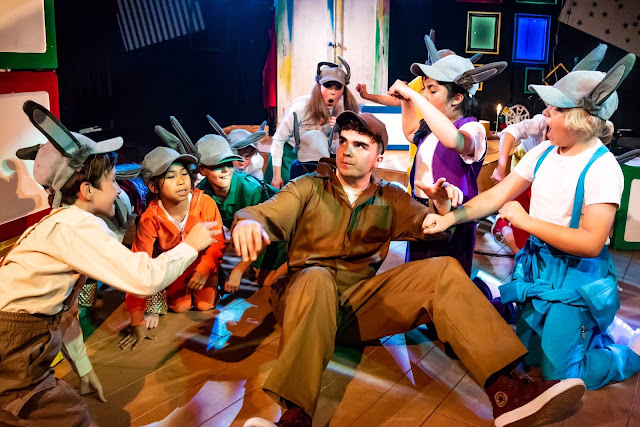 The British Theatre Academy, which provides theatre training and performance opportunities for young people is back at the Southwark Playhouse for the summer for a series of shows, including My Son Pinocchio Jr. It’s a condensed version of the 2006 musical, My Son Pinocchio: Geppetto’s Musical Tale. This was based on a television movie musical Geppetto.

The show is a retelling of the Pinocchio but from Geppetto’s perspective. It opens with the ever cheery Blue Fairy telling everyone that she is going to celebrate the story of one of her wishes that came out perfectly lovely. Only for Geppetto to appear and say he wants her to take him back. 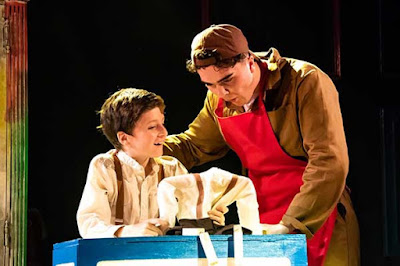 It turns out that Pinocchio wasn’t all that lovely after all. And not what he expected. Mainly because he did boy things like ask the wrong questions, gets in a fight at school and then runs away to a puppet show. Which is fair enough, but then again Geppetto was forcing Pinocchio to be a toy-maker rather than a train driver. The story in its shorter format focuses on the expectations of parents and how adults in general can be intimidating for them (and a bit creepy when wearing masks). As a kid you just want to have fun, even if it does mean you turn into a donkey.

This particular version is intended to be performed by children. Composer Stephen Schwartz doesn’t make it any easier for young people since many of the songs require sustaining high notes. But the cast of young and very young people attack the material with endless enthusiasm and look like they’re having a great time, particularly when they have to play animals. And at around an hour-long, it’s an enjoyable summertime diversion for little (or not so little) people with short attention spans.


Directed by Séimí Campbell, My Son Pinocchio Jr is at Southwark Playhouse until 14 August. Once On This Island is next. Along with Dogfight (more on that later in the month). 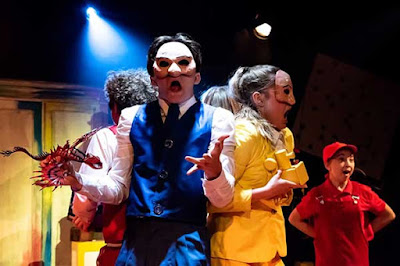