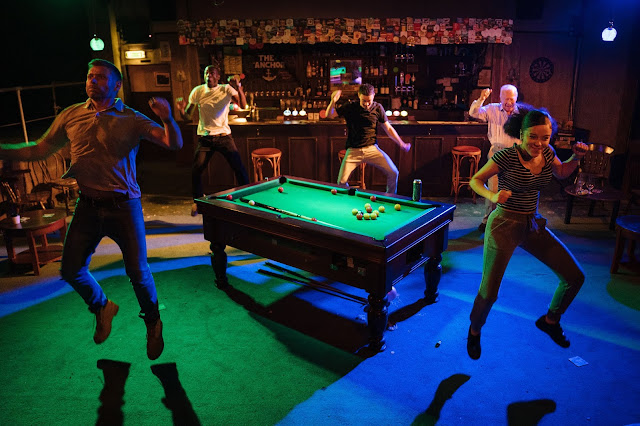 The only thing missing when you walk into The Bunker and see it transformed into a working pub is the smell. That unmistakable smell of stale beer that permeates those old places is missing. But everything else is there. The worn carpet, the pool table, the tat on the walls. It's a terrific way to set the scene for the next two hours of comedy and drama that is Anna Jordan's We Anchor In Hope.

Set on the last night of the Anchor, a pub trapped in the eighties when it's 2016 and located somewhere around Pimlico in London. The pub's been sold and about to be redeveloped into luxury flats (or perhaps a Tesco Express). The night before it was packed for the formal closing. But on the final night, a couple of regulars, the bar staff and landlord get together for one last time. But as the bar slowly runs dry and everything is cleared out (even the Aperol), things take a darker turn. And what's revealed is less of a community than a series of frustrations and unrealised dreams. 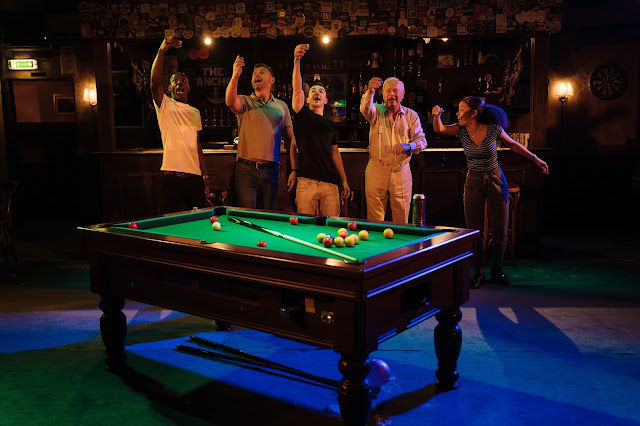 As the humour and lightness of the first half give way to something darker, it becomes a challenging piece to enjoy. But the ensemble works hard to provide the characters with likability and heart even as their motivations become more transparent.

In the last twenty years, a quarter of all UK pubs have disappeared, with two still closing every day. Changing tastes, higher prices, business rates, taxes and smoking bans have all been blamed for contributing to the demise. But what is really amazing is how long traditional pubs have lasted over the years. And what’s great about this piece is that in its own way it explains why.

Directed by Chris Sonnex, We Anchor In Hope is at The Bunker until 19 October. The pub will also be open for drinks, quizzes and karaoke after the show too. Cheers. 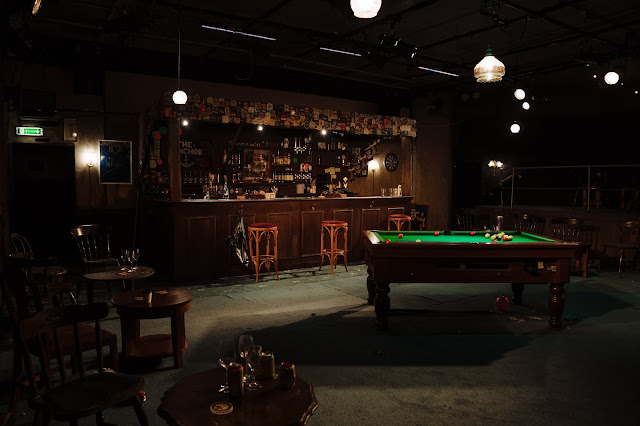