The pseudoscience of detox diets and fasting is given some historical context in Fast. Kate Barton's tale of Linda Hazzard, a quack doctor who inadvertently killed many of her patients is given the once over in this brisk adaptation of her life and crimes against science. It's a fascinating tale, but the roundabout way in which the story unfolds seems to undermine the tension, absurdities and horror of the story. It's currently playing at the Park Theatre.

The piece centres around two wealthy English sisters travelling in Washington who stumble across Linda Hazzard's book, Fasting For The Cure Of Disease. The book is a curious polemic about how any disease can be treated through a series of fasting to cleanse the body of unspecified toxins. Available to read on the internet, it's like reading one of those self-published books on Amazon that has a curiously high number of five-star reviews. Hazzard was clearly ahead of her time. If she were alive today, she would no doubt have her own YouTube channel. 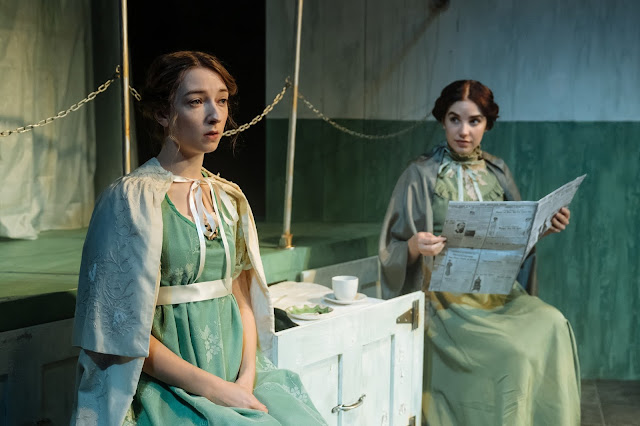 But alas in those days, the only way to make money was to deal with people directly. In a sanatorium. The two English sisters, one a little mousey and gullible and the other slightly suspicious have various complaints. Headaches, pains and general unwellness, so they sign up to a six-week treatment at Dr Hazzard's sanatorium, in Wilderness Heights, Olalla, Washington. Unfortunately, they weren't aware the location was known by the locals as "Starvation Heights".

It has all the potential for being a gripping comic horror story. Particularly with Caroline Lawrie's performance as Hazzard, which is both delightfully evil and sympathetic to a woman trying to make a living in the wellness field.

The production looks wonderful in evoking a woodland setting with animal skulls, mouldy shower curtains and rising damp. But the story jumps forward and back around the ensuing court case. And there's much ado with a journalist on her trail. It all feels as if we've received a diet version of a story that could be more substantial. Here's hoping that this run will provide inspiration for a full-fat treatment.

Directed by Kate Valentine, Fast is at the Park Theatre. Since it's a short piece, there's plenty of time for a bite to eat afterwards. 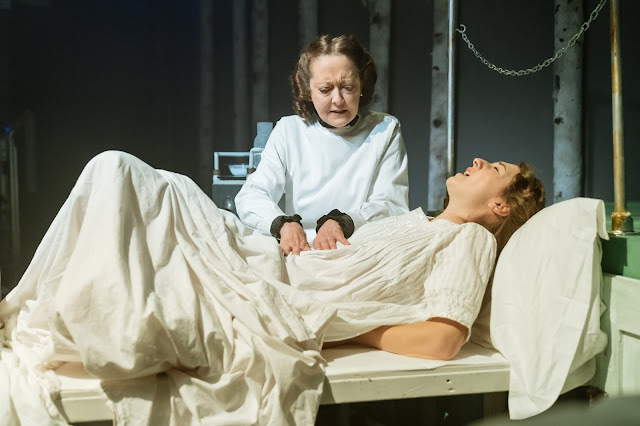