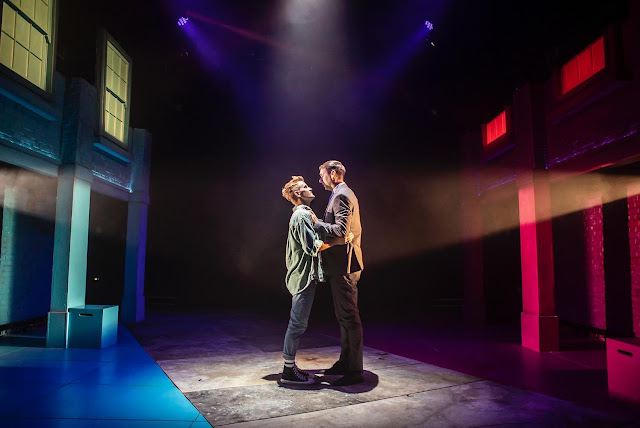 An alternative to Christmas panto season has landed at Charing Cross Theatre in the form of Soho Cinders. A Cinderella goes gay story with music by Stiles and Drewe. But something's a little queer with this adaptation. Catchy songs, humour and a great (although not very diverse) cast don't overcome what feels like a dated, awkward story.

In this story set against the backdrop of the London Mayoral election, our Soho Cinders, Robbie (Luke Bayer) is working at a laundromat with his pal Velcro (Millie O'Connell). Somehow he manages to hook up at the notorious hook-up point Trafalgar Square (who knew?) with Mayoral candidate and ex-swimmer James Prince (Lewis Asquith). But the problem is the candidate already has a fiancé (Tori Hargreaves). And she's nice. It's hard to get too enthused about a relationship forged in the shadows of Nelson's column while his other half is waiting at home with a bottle of wine. 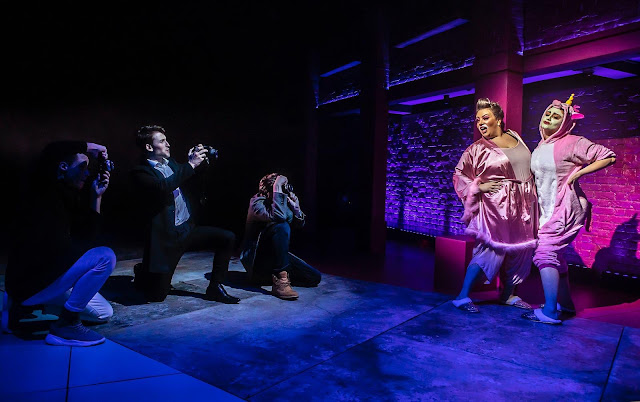 To give the show it's panto feel, there are his hilarious stepsisters. Played deliciously over the top by Michaela Stern and Natalie Harman.

There are some great songs in the piece, including "They Don't Make Glass Slippers", performed sensitively by Breyer. There's also a hilarious dance number in the first half about how "It's Hard To Tell" what people's sexuality is like these days.

But the biggest let down is the book. No doubt when first written, it might have passed for mild political satire. But since then London has moved on. We've had expense scandals, sophisticated disinformation campaigns, and pole dancers with large tech grants.  It makes what is on stage seem annoyingly quaint.

An update would have been better. A real London Cinderella just might be a Deliveroo rider. The hero should be a closeted footballer. The villains of the piece could be typical London crooks. The ugly sisters two small-time Air BnB landlords, and Lord Bellingham a money launderer. Now that would be a London we could all recognise and nervously laugh at.

Directed by Will Keith, Soho Cinders is at the Charing Cross Theatre until 21 December. 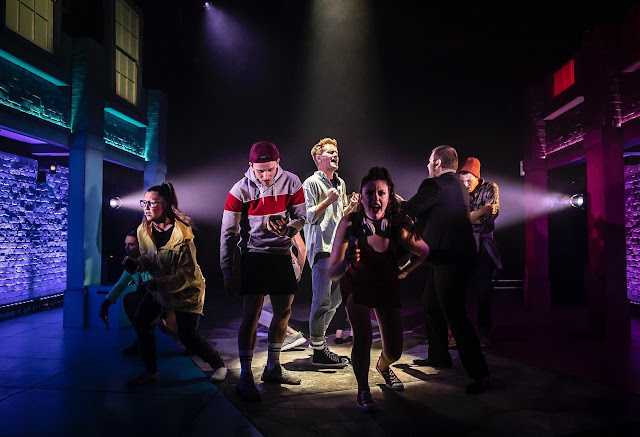