God is back, and she wants to correct the record in 90 minutes on a stage under Waterloo Station. If that seems like a fair enough premise for you, then An Act of God is currently playing through to the new year at The Vaults. It’s such a mild satirical piece that you’ll be smirking out loud rather than laughing out loud. However, as an alternative Christmas experience with a terrific bar and an enthusiastic cast, it’s mostly harmless.

God has come to London to correct the record on a range of misinterpretations of her Ten Commandments. The Palladium was unavailable, but the damp space of The Vaults was free. This time around the tablets are different (an IPad of course) and so are the messages about leaving God out of the war, travelling or sex. New material has been added to keep it topical. But the comic timing seems off and attempts to introduce theological debate into the proceedings fall flat. 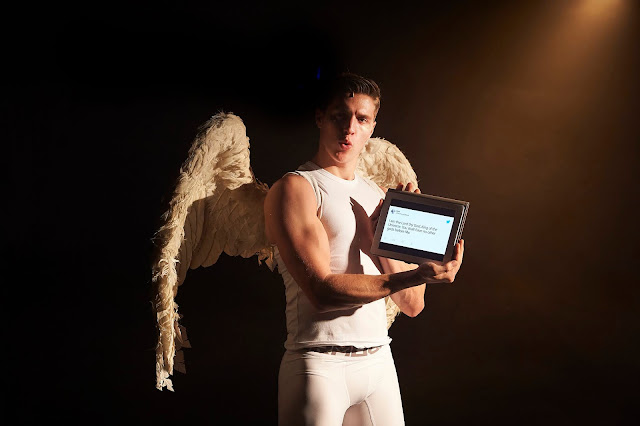 This makes the reissuing of the 10 commandments feel a bit of a chore. Or like listening to a sermon. I was counting them down, hoping that God was going to skip a few. But alas, this was not to be.

Appearing as God, Zoe Lyons in her fluffy slippers and sly looks seems the part. She’s aided and abetted by Matt Tedford as the Archangel Michael and Tom Brown as the Archangel Gabriel. Brown appears in sinfully transparent white Lycra which no doubt provides additional titillation to audience members in the front row.

The play began as a series of tweets by writer David Javerbaum before assuming it’s current form. It became a hit in New York performed by Jim Parsons and Sean Hayes. Here in London, it feels light but not necessarily heavenly.

Nevertheless, it certainly can claim to be an alternative Christmas message for those who can’t face yet another retelling of Dickens’ A Christmas Carol or a panto.

Directed by Beijing Sperring, An Act of God is at The Vaults until 12 January. 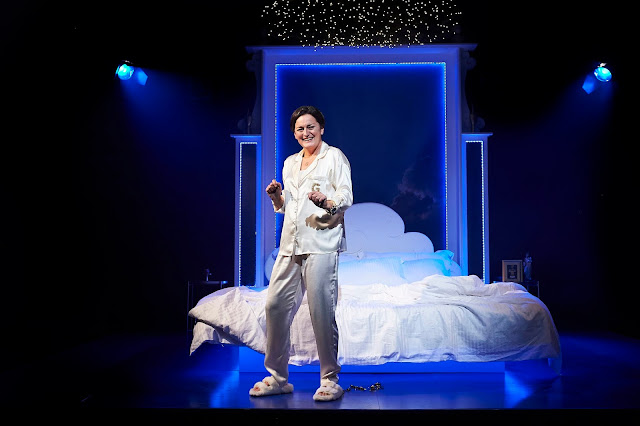