At a point early on in Sex / Crime, the lights go dark in a room covered in plastic with a rubber floor, and all you can hear are the screams. The mind is left to imagine just what pre-negotiated terror is unfolding. Until it becomes clear, nothing is happening, and we can all laugh. Part tease and part terror, the piece unfolds against a backdrop of gay fetishism and modern-day neuroses. It’s currently playing at the Soho Theatre upstairs.

Written and performed by Alexis Gregory, he’s visiting a man with a specialism, who goes by the name of A (Jonny Woo). He provides a service of reenacting the works of famous gay serial killers for the right fee. Just the thing for a man who is bored with his life and searching for the next extra special thrill.  With the promise of experiencing what it was like to be a victim of one of these killers. Or as close as far as health and safety regulations allow. 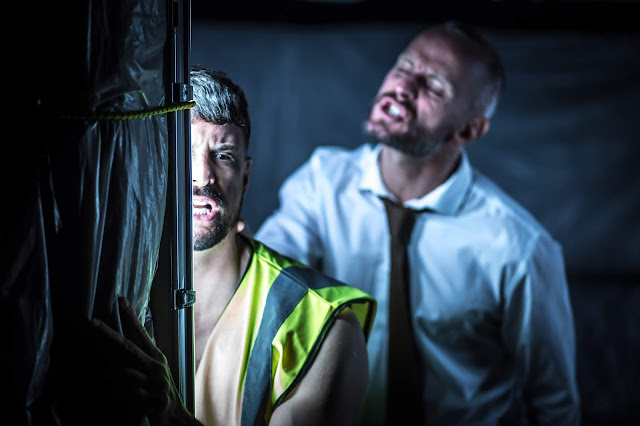 If gay serial killers and the people who fetishise them seems a queasy topic for a night out at the theatre, the subsequent comedy that arises from the setup serves to diffuse the tension and apprehension about what comes next. Everyday household objects such as a toilet brush or a frypan are lying about. Are they implements of terror or are we just expecting the worst given our preconceptions about what thoroughly modern inner London gay men get up to?

Apart from messing with your mind, the comic moments shock and awe you with their speed and relentlessness. The comedy serves to focus on the contradictions of modern gay life. Gay men are now free to do whatever they want.  But they’re still bound in chains, gagged, drugged, or just little fucked up.

Directed by Robert Chevara, Sex/Crime is at the Soho Theatre until 1 February. 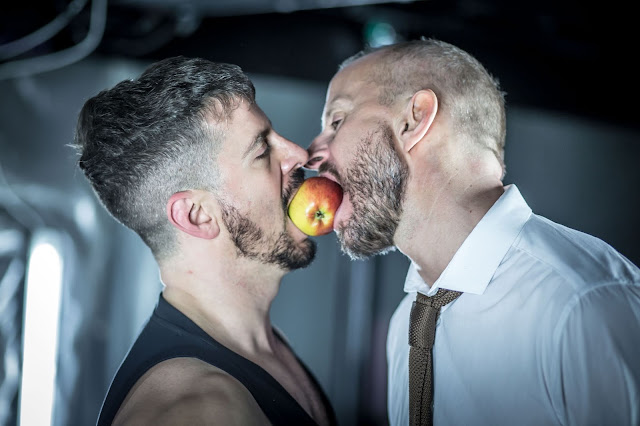