A trip down memory lane with Billie Trix takes on many dimensions in Musik. The jokes fly fast in this piece written by Jonathan Harvey. And in between the gags, there are songs by the Pet Shop Boys. Frances Barber, as the under-appreciated artist Billie is incredible. But as fast as Billie explodes on stage with her anecdotes and antics, it ends. And while more a series of gags and songs than a story, it’s hard not to like given Barber’s intensely funny and gripping performance as this hard-living star. It’s currently playing at the Leicester Square Theatre.

Billie opens on stage wearing an eye patch claiming that Madonna stole her look. And that she is now stalking her by taking the theatre nearby and cancelling her shows so she can secretly watch and her act. It sets the scene for an hour of musing about her career as an artist. And those who stole her ideas. Andy Warhol when she gave him soup in a can. Trump when she put up a wall and so on. 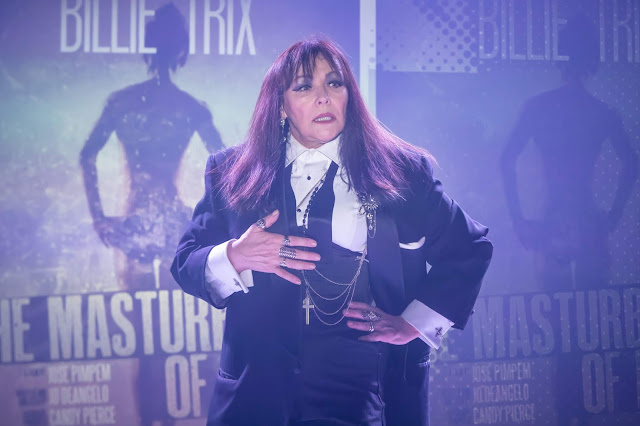 The character of Billie first appeared in the drug-fuelled musical Closer To Heaven as the narrator. Essentially all you need to know is that Billie is an artist across mediums with many fans. She is what you would expect if you crossed Marianne Faithful with Spinal Tap and Hedwig and the Angry Inch.

But even at it’s brief running time, things become repetitive. Dates, times and events are ticked off as a source for jokes and serviceable music, but there isn’t anywhere for the character to go.

Fortunately Barber’s performance as the unstable artistic force to be reckoned is raw and uncompromising. Enough to have you wondering just what will happen next.

Musik is at Leicester Square Theatre until 1 March. 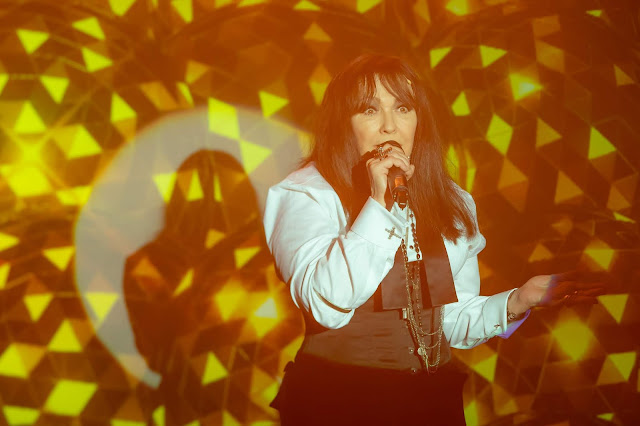