Lone Flyer is about taking chances and living a little. Celebrating the life of British pilot Amy Johnson, the idea of flying to bring people together seems a novel idea living in the era of traffic light restrictions and endless swabs. And so, Lone Flyer takes on new meaning for escapism at the Jermyn Street Theatre. Charts the highs and lows of living in early 20th century Britain, it's also one woman's story about escaping the typing pool and living a little.

Amy Johnson decided to fly to Australia because it was there. And no other woman had done it. And so, with a bit of luck and flying mostly to outposts of the old Empire so she could count on their support, she did it. And all on a second-hand aeroplane. For an antipodean with no chance of flying to Australia anytime soon, given the lack of flights and long waiting lists, it's enugh to give you pause.

In this two-handler play, first seen at the Watermill Theatre, Writer Ade Morris contrasts her improbable rise to fame with the challenges of her final flight. She was a woman, not from a particularly wealthy background, and living in Hull. But with her meagre connections and passion for flying, she chose the less conventional route when given a choice between a typist and a pilot. 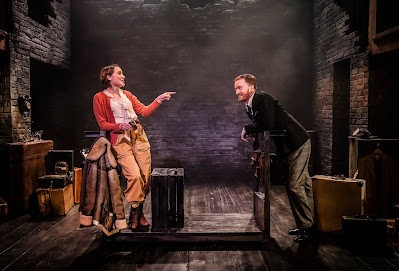 The challenges of learning to fly and flying to Australia would pale in comparison to her final flight. Lost and facing bad weather, her final moments are brought together with vivid staging and effects that capture the loneliness and boldness of her endeavours.

As Amy, Hannah Edwards is a modern interpretation of Amy, compared to the awkward person in old footage. While you're not sure if she could fix an engine, she is a convincing storyteller. Benedict Salter fills out the piece with both musical accompaniment and as the many men in her life, including her father and her lovers.

Watching it in the socially distanced venue of the Jermyn Steet Theatre, the messages of just taking a chance and running with it are probably good ideas to be living in these times. And it is great to be back seeing live theatre as well.

Directed by Lucy Betts, Lone Flyer runs on various dates between now and 3 July as part of the theatre's Footprints Festival. Check times on the website for shows that will run through to the end of July. 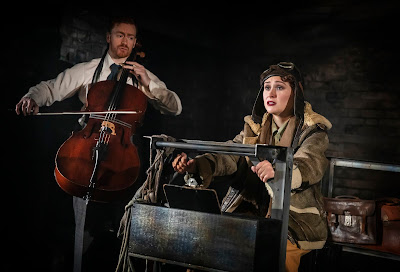