Shahid Iqbal Kahn's 10 Nights, currently playing at the studio space of the Bush Theatre, is about what happens when a young, carefree British Muslim man spends the last ten nights of Ramadan in a mosque. But it isn't a story about religion or radicalisation. It is a more straightforward journey.

Yasser (Zaqi Ismail) gets around in a tracksuit and sandals. He likes a drink, and he loves chips. A reluctant participant in the i'tikaf, he did it for his father and to honour his friend who died in a car accident. The reasons for the accident become more evident as the story progresses.

Left alone for long periods between prayers and fasting, it becomes the inner monologue of Yasser. And as the days progress with only his thoughts and a few smug fellow worshippers to keep him company, he realises he has to face up to a few things. 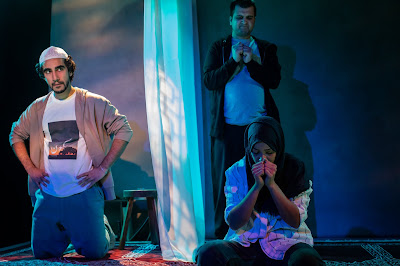 What it may lack in drama is made up in the detailed characterisations by Ismail of his father and friends at the mosque. There are also enough explanations about the prayers and Allah's 99 names for those unfamiliar with the religion to keep up.

The production is a Graeae and Tamasha co-production that uses British Sign Language and captions alongside the performances. It's a simple staging but what is engaging is the storytelling and the scene-setting through both the detailed descriptions and Ismail's performance.

Directed by Kash Arshad, 10 Nights is at the Bush Theatre until 6 November. All performances are audio described, use British Sign Language and are performed in a relaxed environment. 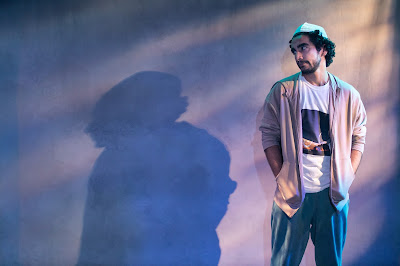