I've often wondered if when someone dies after undertaking some impossible feat for a charity (like running the London Marathon), the charity exclaims, "Yes! We're going to make payroll!" Well, going by Charity Case, Jeff Page's look at the sector, they might do. Nobody dies in this brief look at the charity sector, but it's a hard graft constantly looking for money to survive while providing an essential service outsourced by the government. It's currently playing at Drayton Arms Theatre for this week.

The focus here is on a fictitious charity called Number 93. Funds are down, and expenses are up. The race is on to find some emergency funding. But is it an expensive overhead with high paying charity executives draining the money, or is it impossible demands by the government to deliver essential services for vulnerable children and adults? 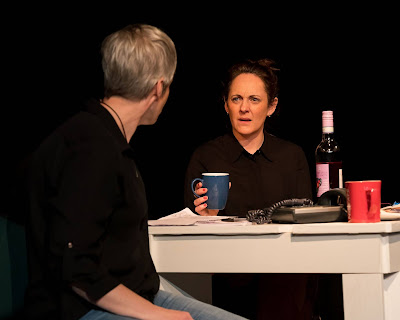 Ahead of a deadline to confirm funds as a going concern, there are meetings with ministers, rock stars, cold-calling high net worth individuals for donations and interviews with the BBC. There's also a safeguarding issue at the school they run and a pesky intern to deal with who takes up way too much valuable time on what could be the last day of this organisation.

It's a short piece. Perhaps it could do with further expansion, fleshing out the story and sharpening the focus on the founders to explain how they ended up running such a large charitable organisation and their struggle to keep things afloat. You don't get a sense of the work or the character's motivations until the very end.

The similarities to another charity with a colourful chief executive who had a 90k salary are there. But what's interesting is when the piece starts to explore how government grants and lottery funds keep things afloat. And push charities to the edge. There's a story there. Perhaps one that needs to be a little longer and pull no punches in the process.

Directed by Manuel Bau, Charity Case is at the Drayton Arms theatre this week only until 20 November. 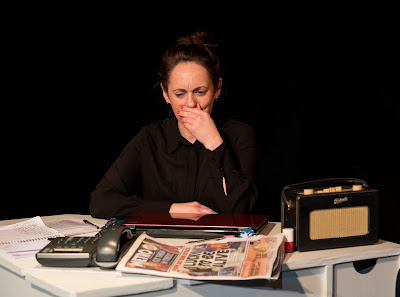