Ah, to be young, carefree and single. When the receptionist at the clinic testing for gonorrhoea knows you by sight, or you haven't yet found the right (Jewish) man to settle down and enjoy smoked salmon and bagels. You know that there is trouble afoot. Park Theatre has programmed a series of short plays from emerging artists called Make Mine A Double this month. Four shows are running for two weeks apiece. And the first two are hilarious.

The first piece is called Anything with A Pulse. It's a two-hander about twenty-somethings falling in and out of love in London. Describing all the action in the third person can sometimes be a bit jarring. The reviewer thought. The reviewer also struggled to keep up with the goings on in the drama. But that was probably more to do with his age than the writing. 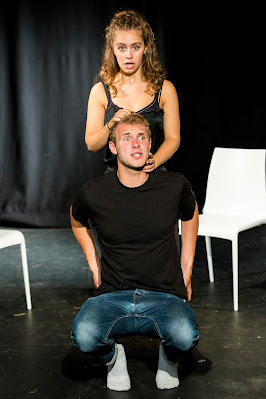 Still, things move fast in this boy meets girl on the dance floor and then returns to her place for some ambiguously unsatisfying sex before they go their separate ways, wondering what might have been. Writer/director Eliana Ostro keeps the story witty throughout, and Annie Davison as the woman and Rufus Love as the man give the characters infectious likability and enthusiasm. 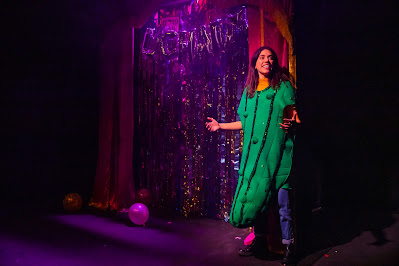 Then there is Pickle, which returns after an earlier sold-out run this year. It is a one-woman story about being Jewish and single in your late twenties in secular (or at least not very Jewish) London. Written and performed by Deli Segal, the piece captures the life of nosy parents and family members, traditions and flying foreskins.

Along the way, there are meaningful conversations about Amy Winehouse, goys without hairy backs and just how uncomfortable the pews are in Christian churches. Segal riffs on so many topics that it could be a standup routine. Or a Jewish Fleabag. Helpfully there is a glossary of terms on every seat so you can try and keep up.

Both shows run until 26 November. Following on from their run will be Tunnels, a story set during the Cold War (and sounds a bit more serious) and Press, which is about confessions of a tabloid hack. Check the Park Theatre website for more details. You can book shows individually if you fear the commitment. 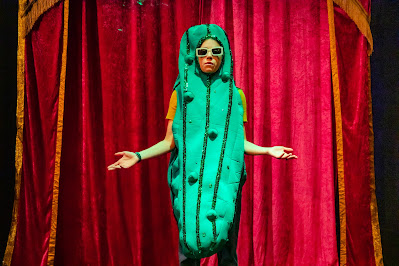 Photo credits: Anything With A Pulse production photos and Pickle photos by Danny Kazan