Life from the Front of House: Ushers The Musical @CharingCrossThr 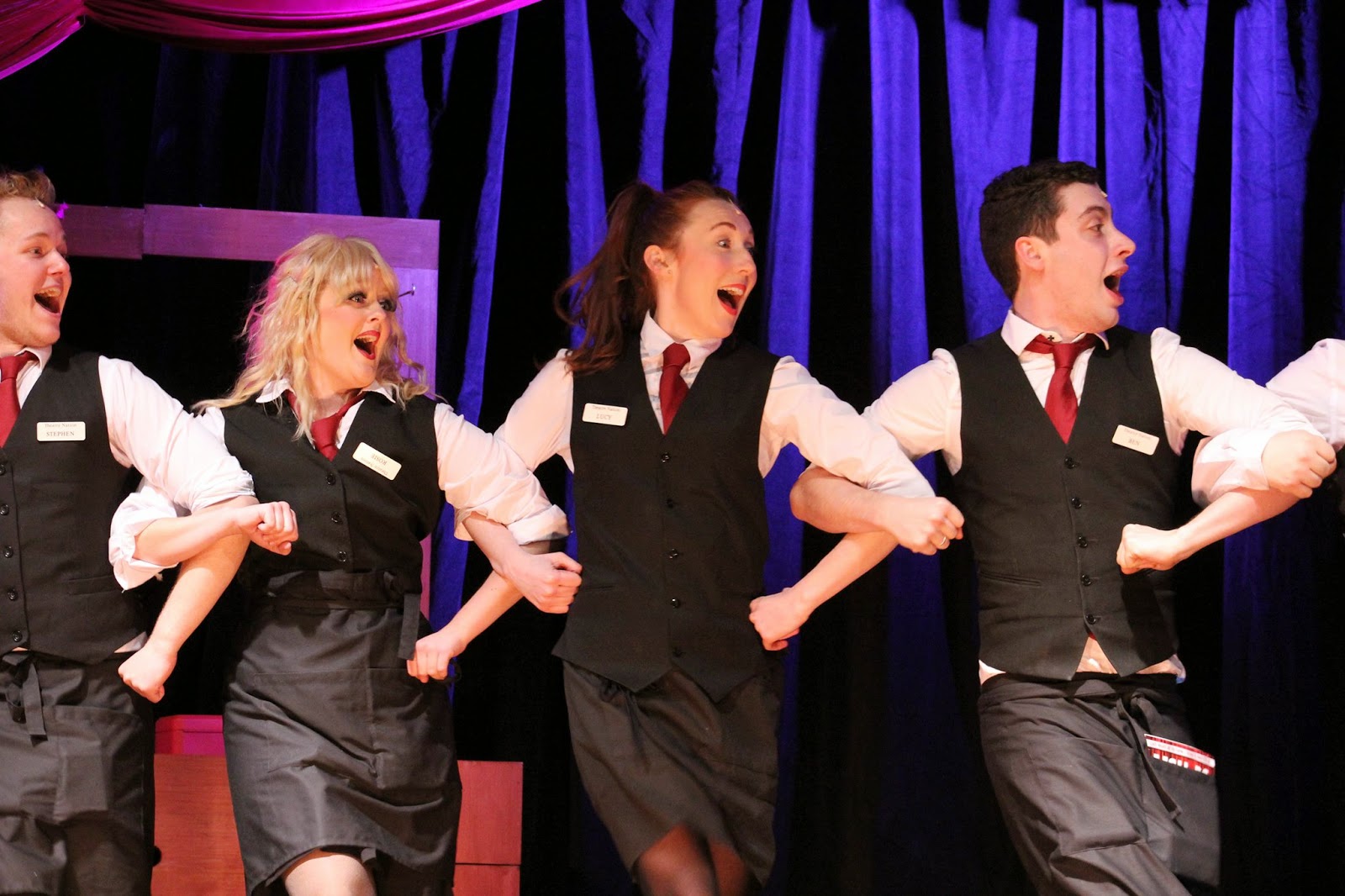 Some inspired late night comedy is currently playing at the Charing Cross Theatre with Ushers The Front Of House Musical. It takes its story from the brutal reality that ushers on the West End are usually actors between jobs who often have more talent than the soap stars on stage.

The piece is full of in-jokes and bitchy barbs at theatre life (that is the life of an usher at a theatre). But what is most impressive that this young talented cast muster up the energy and dance moves to bring this show to life at the late starting time of 10.15pm.

The plot is a bit cliched and the production values are low, but the cast are enthusiastic and the music is inspired to make this a rather fun late night show to catch. Set at the theatre playing (s)hit Britney Spears jukebox musical, "Oops I did it again" the ushers learn the ropes and sell over-priced ice cream while dreaming of their next big break, finding love, or in the case of one usher, stalking the stars and posting photos on twitter of them. Its inspired and silly stuff

Ushers is the musical theatre writing debut for Yiannis Koutsakos (music & lyrics), James Oban (lyrics) - Search for A Twitter Composer finalists - and actor James Rottger (book). They have called it the Front of House's answer to A Chorus Line... Go grab an overpriced ice cream and see it while you can... And remember no flash photography...

Ushers The Front of House Musical runs until 19 April on Thursdays, Fridays and Saturdays at 10.15pm and runs for 80 minutes.

First impressions from a rather tired @johnnyfoxlondon and I en route to find some milk for  breakfast at the Coop supermarket follows...

Photo: production photo of the cast hot footing it...