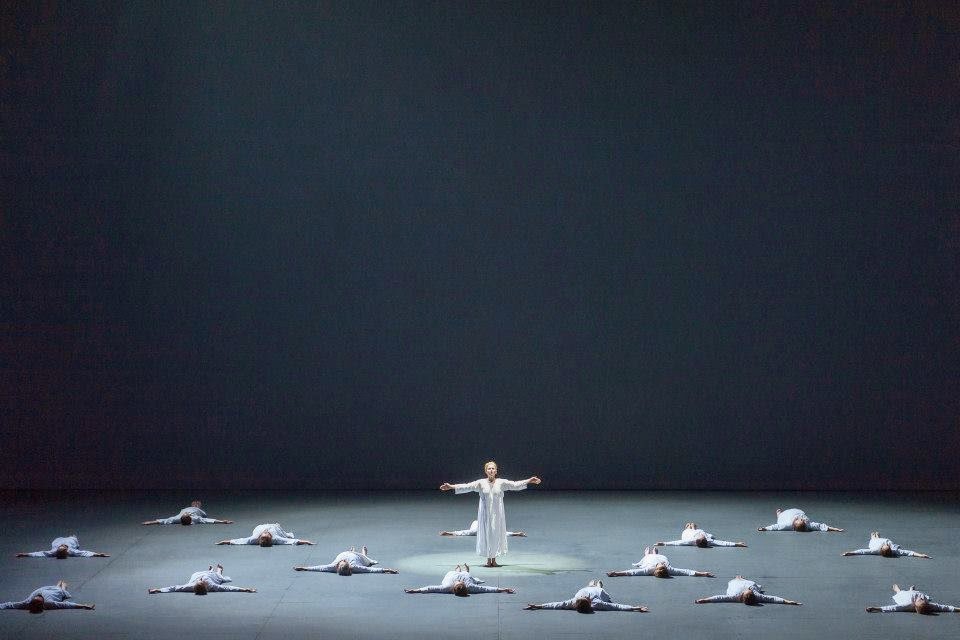 
It is hard not to find the finale where the nuns sing Salve Regina while walking to the guillotine, incredibly dramatic and moving. As each of the nuns in the order are executed the music soars and a guillotine sound effect booms throughout the house. Even presented as a stylised execution it still manages to shock.

This is a piece where women's voices dominate, but adding to the drama is a larger orchestra conducted by Simon Rattle and an enormous cast to create a constant feeling of tension and menace. The cast includes the Royal Opera House Community Ensemble which has enlisted people who have experienced homelessness, the criminal justice system and unemployment as volunteers to fill out the numbers for this epic piece.

Robert Carsen's production, which is from the 1997 Dutch National Opera and having its premiere at the Royal Opera, is a welcome change from his recent effort to modernise Falstaff to 1950s Britain, which had audiences booing.

A preview from a previous presentation of it is available here.

Dialogues Des Carmélites runs until 11 June and tickets are available for all shows.