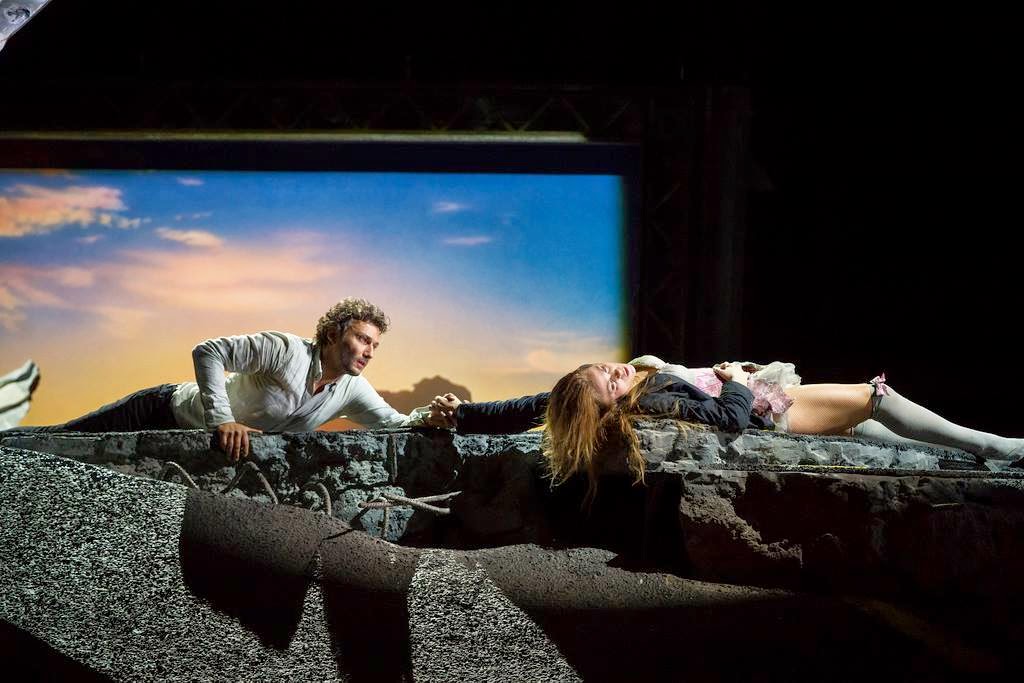 Puccini's opera about true love somewhat prevailing over material possessions is given a stylish and slightly filthy update in Jonathan Kent's production at the Royal Opera.

But what makes this production memorable is the pairing of Jonas Kaufmann as Chevalier Des Grieux and Kristīne Opolais as Manon. The steamy scenes and vulgarity are balanced against the soaring vocals from this pairing.

Perhaps if it were any other duo it might have been a pedestrian evening, but together with the orchestra of the Opera House conducted by Antonio Pappano, the elements seemed to come together to give this work a fresh perspective. 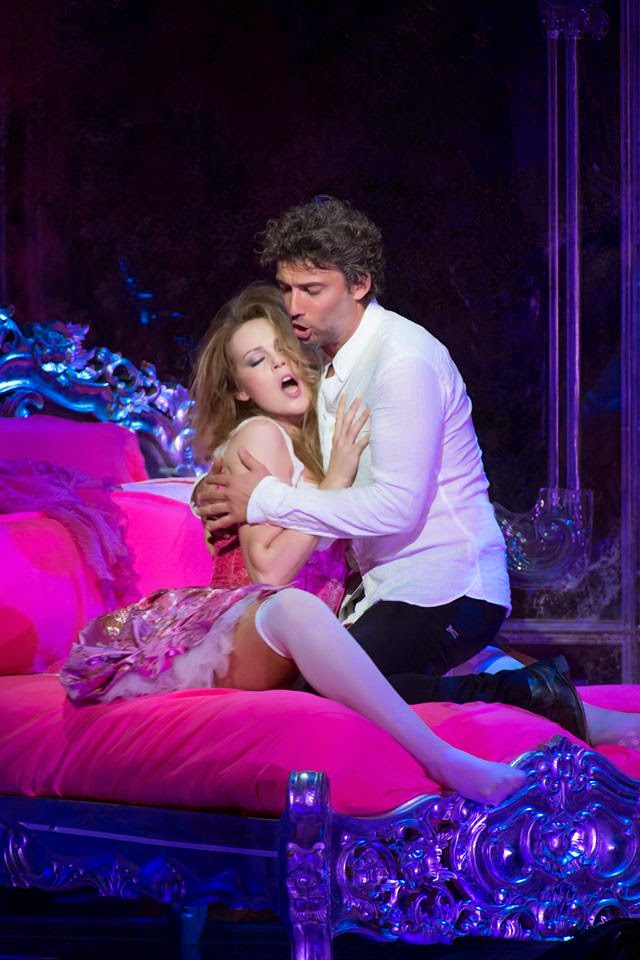 The night before I had seen a production of Carousel that attempted to modernise it and make the characters more identifiable for audiences, so I was up for this updating.

The subject matter lends itself to being viewed through a modern perspective. This production takes its inspiration from various red light districts throughout Europe.

When Manon returns to Geronte as his mistress in the second act, she appears to be also performing a regular sex show for bald men in raincoats. Jail in the third act is inspired to be some sort of Big Brother reality show.

The final scene is set on a half-demolished flyover which notwithstanding a laboured metaphor about the end of the road, looks rather spectacular.

I'm not sure I would want to see this opera again, Puccini does tend to like to repeat himself throughout the piece, but this cast and this production makes it a thrilling night.

Performances conclude on 7 July. Raincoat showings may pop up at cinemas around the world for some time to come however.