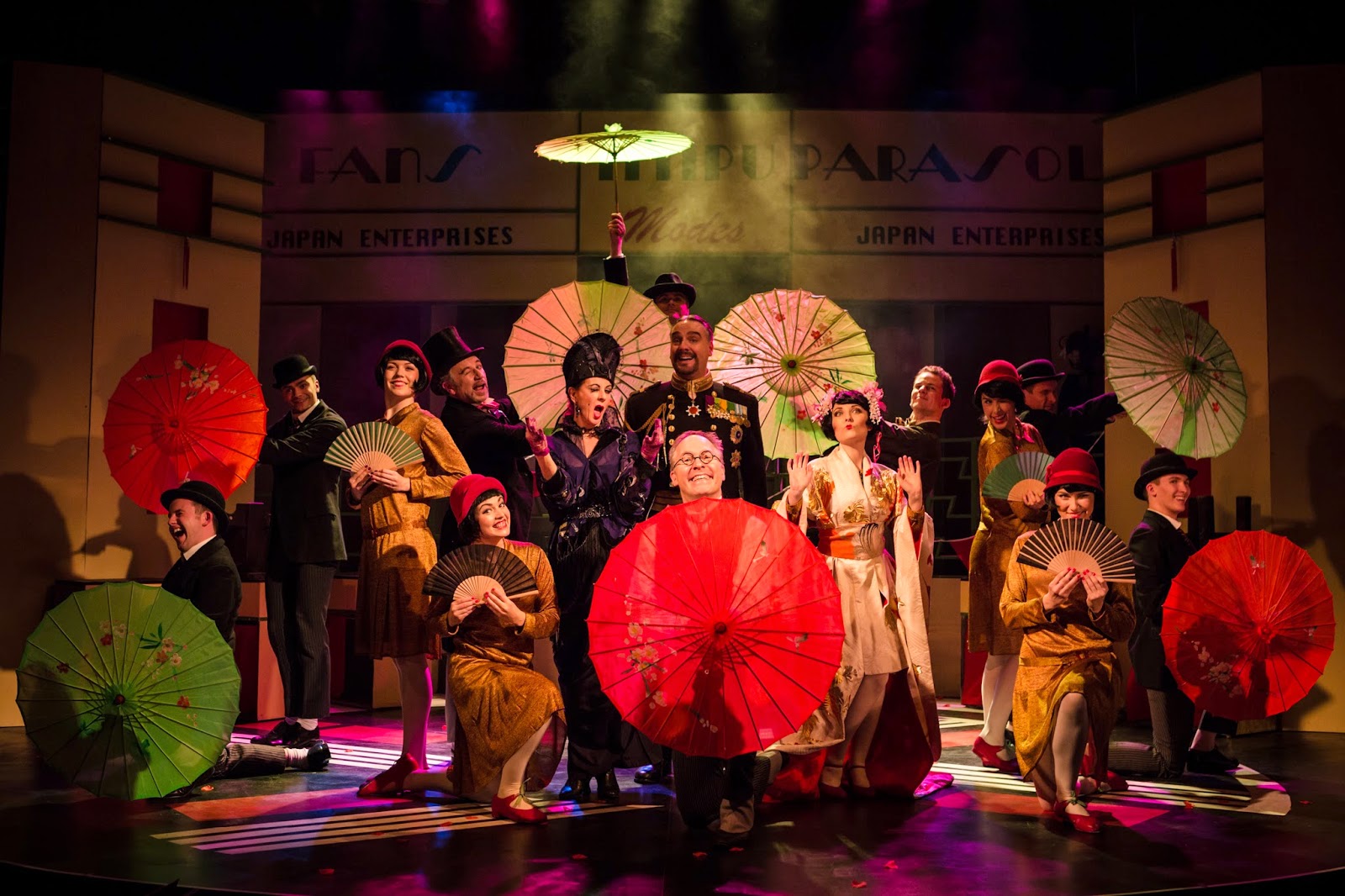 Fine singing and some fancy footwork mark this latest revival of The Mikado, which is playing at the Charing Cross Theatre through January.

If you are not ready for sitting through a pantomime, this probably the next best thing with so much silliness. And depending on your musical sensibilities (and familiarity with Gilbert and Sulivan's work) you may find yourself humming along to the tunes anyway, or at least sitting beside someone who is.

The Mikado is probably Gilbert and Sullivan’s most popular show. It is a lot of fun with a prince in disguise, a somewhat innocent heroine and a whole lot of silliness with various men of noble rank and title. Set in Japan but seemingly never quite too far away from English behaviours and attitudes, it has been a hit since it was first presented in 1885.

What makes this production so enjoyable is the wonderful performances from the cast. Sung with incredible clarity and unmiked - the cast manages to deliver Gilbert's convoluted lyrics with such dexterity and clarity it is a treat to watch. When they are not signing their hearts out they seem to be moving about the stage aplenty with choreography Joey McKneely's fancy footwork.

Leigh Coggins is delightful as the almost sweet, gleeful Yum-Yum. She has a strong soprano voice that somewhat overshadows Matthew Crowe, her suitor Nanki-Poo. But what he lacks in vocal power he makse up with boyish charm and comic timing.

Comic timing was present throughout the rest of the cast too. Hugh Osborne as a nerdish Ko-Ko stops the show in the first half with a very topical ‘little list’. Mark Heenehan as the Mikado does the same in the second with a similarly razor sharp update of ‘Let the Punishment Fit the Crime’. Both updates should really be published on the theatre's website so people can savour them for longer (assuming none of the targets take offence and threaten libel).

Rebecca Caine as the daughter-in-law elect also relishes her role of Katisha. Here she is a predatory cougar after Nanki-Poo and menacing the stage like a panto villainess. Apart from being hilarious she  can hold a note that can be heard all the way down the long narrow theatre. 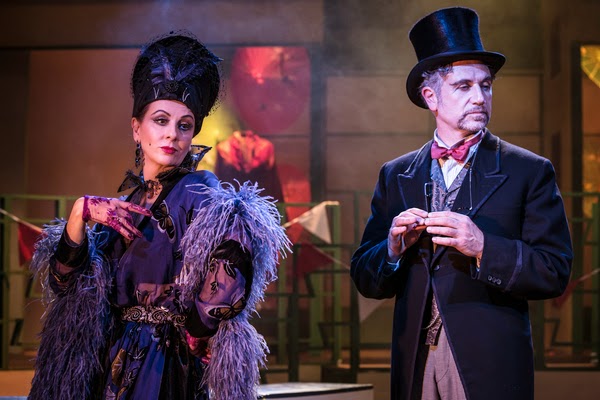 If only the production seemed to match the talent of the performances on stage. Updated to a Japanese Umbrella and fan factory in the 1920s, it at times feels like a distraction that adds little to the proceedings.

Of course the change in period is a chance to show off some lovely costumes; high hemlines and spats are what springs to mind the most (not of course on the same performer). But since the characters are still set in the same court of Japan (albeit a court factory) it does not appear entirely  necessary.

The score is adapted for two grand pianos which sound lovely, but perhaps also undermine the comic opportunities and grandiosity that this work calls for.

Still this small-scale production has enough surprises and wonderful performances to make a witty night out.

The Mikado at the Charing Cross Theatre runs through to 3 January.