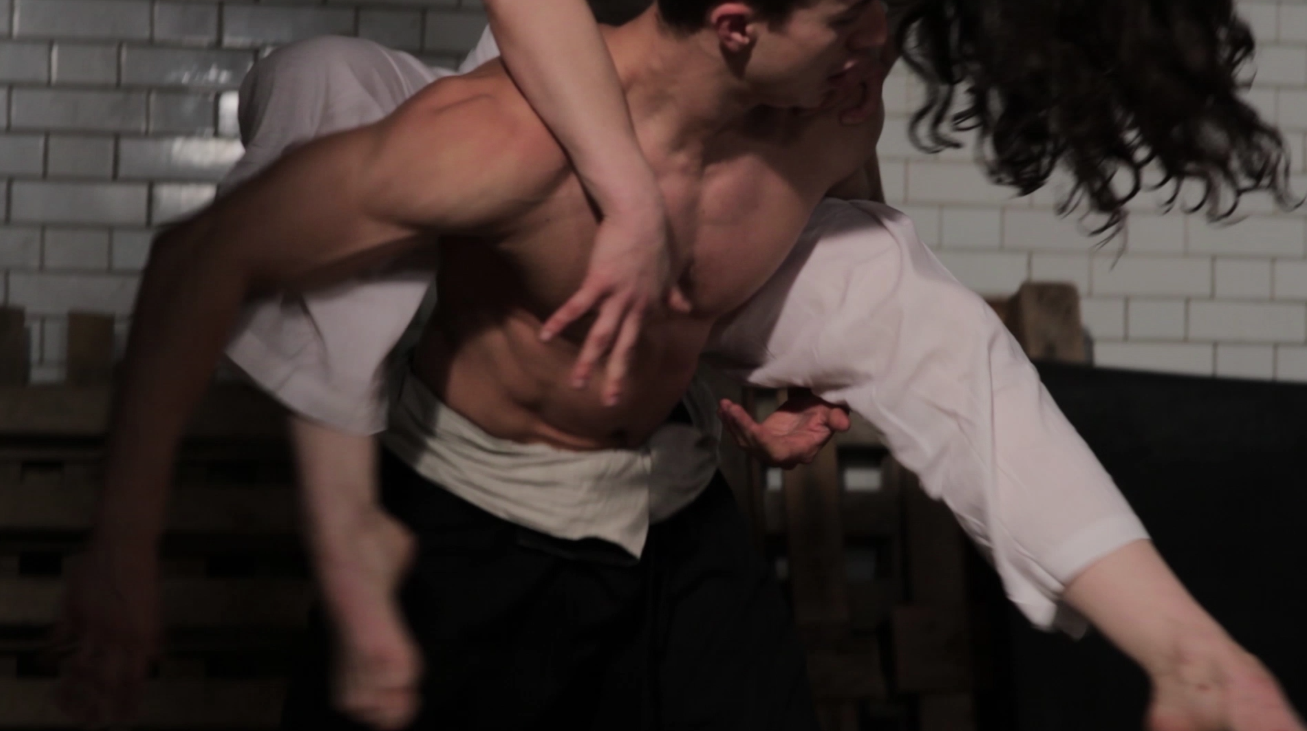 Confronting your demons has never felt so exhausting or in your face as with Craft Theatre's physical and modern update of Dante's Inferno.

You enter The Rag Factory in Shoreditch with the performers already running around with bamboo sticks, jumping and tumbling about. There is an assumption that you are probably sophisticated theatre-going folk so you know that this is part of the process of mental and physical exhaustion the company uses to get the actors in the right frame of mind for their performance.

You will also observe that some of the performers have feet and wrists bandaged so perhaps the unexpected injury happens here as well. As most of the audience is sitting with a front row seat to the action, it can make you feel nervous as bodies fall and tumble rather close to you. 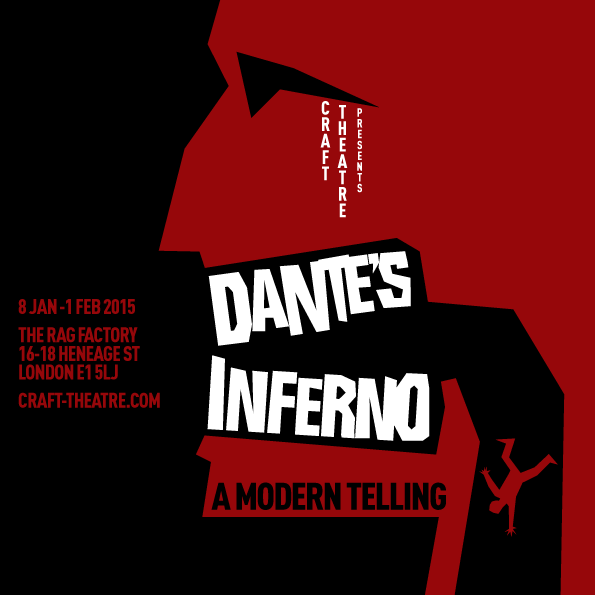 As the piece gets going there are some witty and wry observations about the struggle to live in modern London; the relentless pressure of relationships and work and desires to have purpose in life.

The piece is broken down into four parts or “movements”. The first part is set in a number of locations that make up Dante’s daily routine; the bedroom with his anxious wife, his frantic office, jogging with his friend in the park, the bar where he liaises with another woman and on the city streets where he ignores the beggar. The second where he finds himself in jail after an altercation. The third he is hell confronting his demons and has an epiphany. In the fourth Dante finds himself back in jail but once released returns to his life a changed man.

This Dante’s Inferno is constantly edgy and frantic. There are no sets or props here it is all down to the ensemble to tell the story. It is fascinating watching the performers tap their emotional and physical reserves to tell this tale.

Perhaps the techniques employed to exhaust the performers both before and during the show do not lead to most subtle performances. But it nevertheless is a thrilling piece to watch.

By the end you feel for the performers and not just for their emotionally and physically charged performances on stage. The work has taken on additional significance with the sudden death of performer Kan Bonfils days before opening night. The company notes he passed away an awakened person. Carrying on doing what you love can be a cathartic process and a message for all of us here.

Dante’s Inferno plays at the Rag Factory until 1 February.