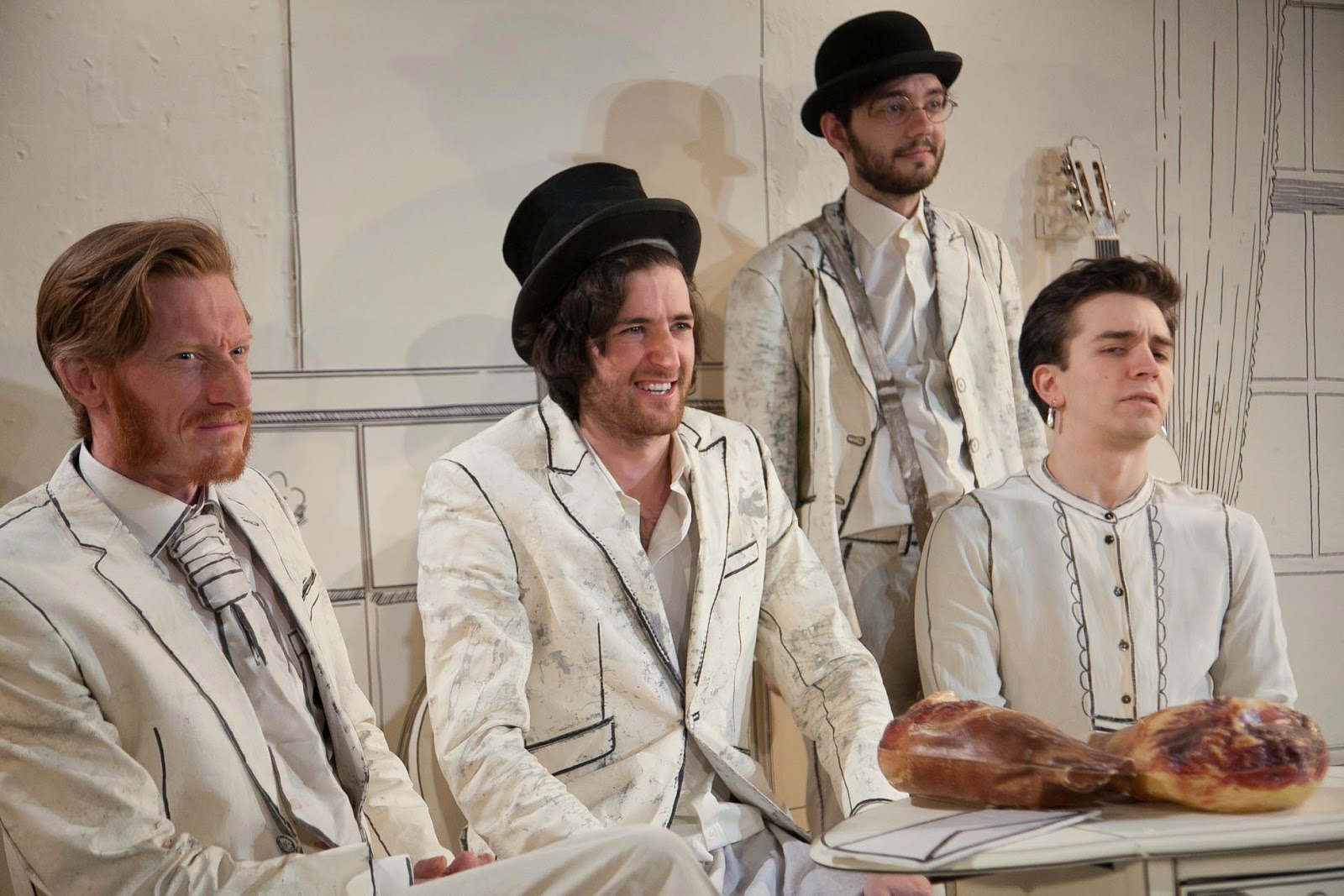 The Diary of a Nobody at the Kings HeadTheatre distills the best bits of the classic comic novel and adds much physical comedy and cheap theatrical effects for an hilarious evening.

Originating in Punch magazine in 1888-89, the Diary of a Nobody has been called one of the funniest books in the world. It records the daily events in the life of Pooter and his family and friends over a period of 15 months. And although intended as a parody of the fashion for writing diaries, it also provides an insight into Victorian life, which today seems remote. After all a humble home for a city clerk in 1890s London is now an exception property that would fetch a few million. 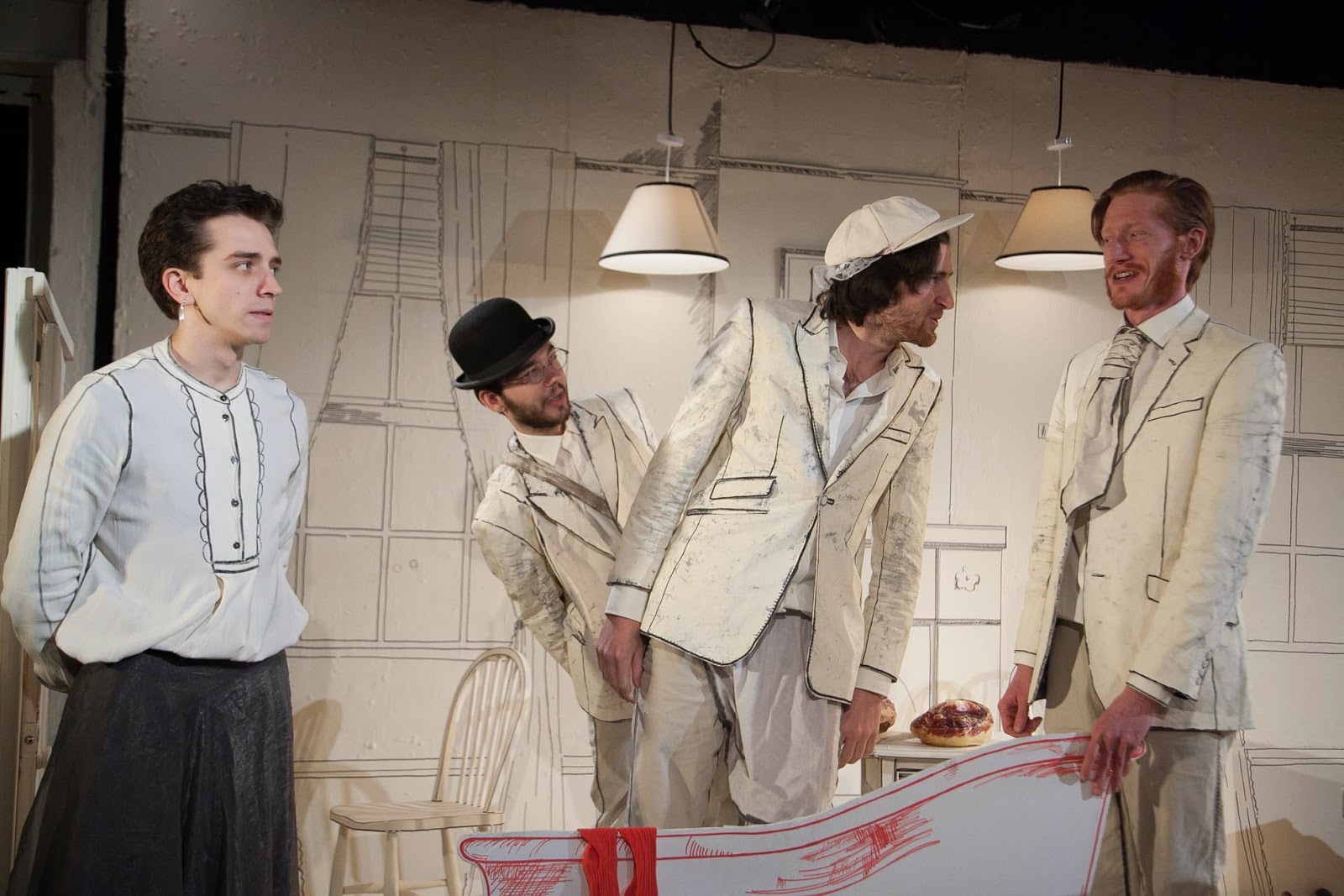 Here in this adaptation by director Mary Franklin, what makes it exceptional are the performances of the four actors playing forty-five characters of the story.

As the pompous Pooter, a rather uninteresting bank clerk who starts keeping a diary because everyone else does, Jake Curran often has to play the straight man to his crazier cast members. But in doing so he brings out the earnestness of the character that is prevalent in the original story and his total lack of awareness that he himself is the figure of fun.

Jordan Mallory-Skinner plays predominantly Pooter’s long-suffering wife Carrie. While the choice of costume (some earrings, a skirt and a light blouse) would never make you think he was a woman, he brings out the character’s suffering through his comical outbursts and at times withering scowls. 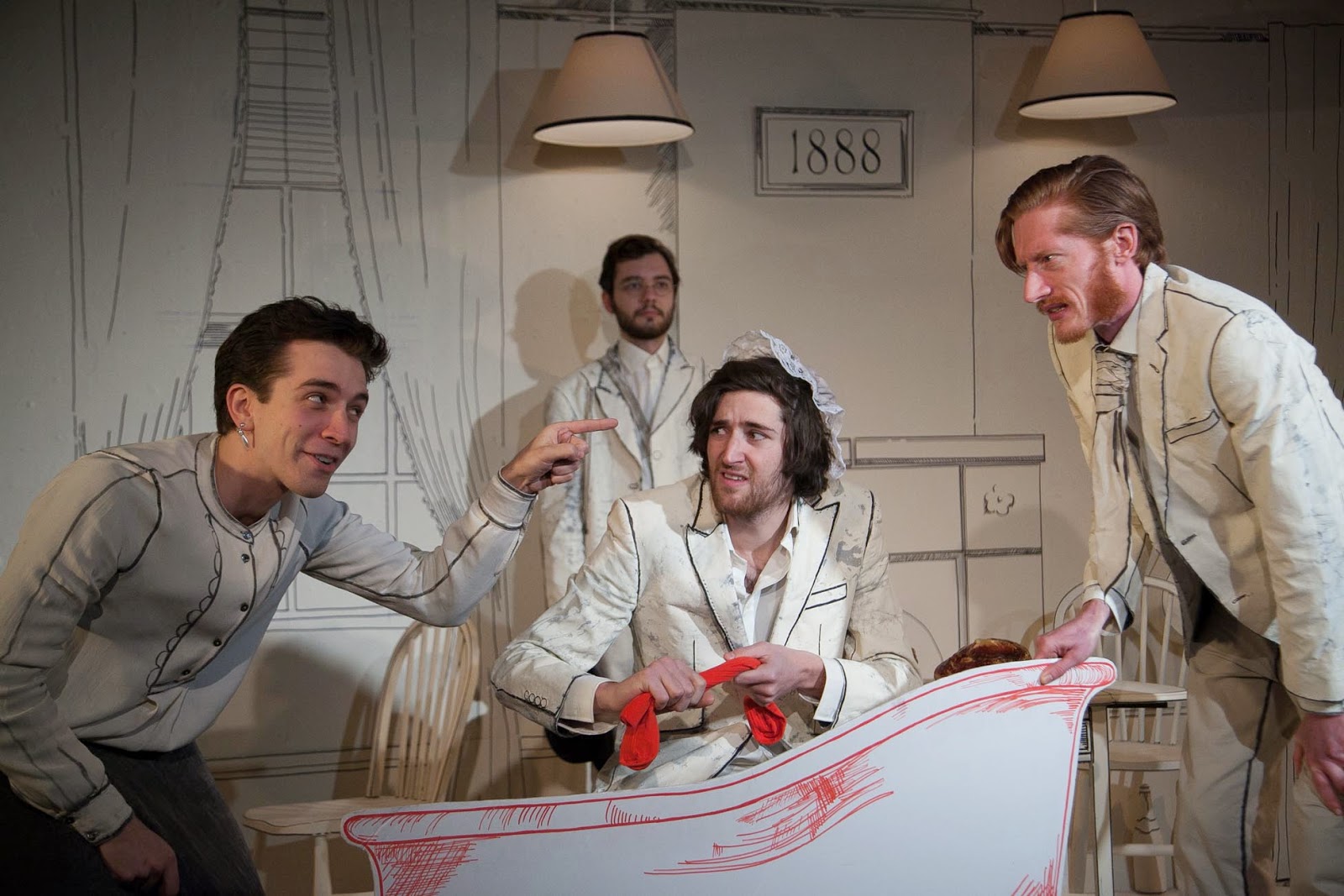 The choice of casting of men to play all the roles is jarring at first, however as the show progresses it had me considering that the book by George and Weedon Grossmith, is a bit of a mans story anyway. And with the story taken from Pooter’s perspective it feels a natural choice anyway.

Adding to much of the comic insanity, which is not necessarily part of the original novel, are the performances of GeorgeFouracres and Geordie Wright. Apart from looking naturally funny, both have terrific comic timing and incredible improvisational skills that you get the impression that no two shows will be quite the same. Even the Kings Head Theatre is sent up when the Pooters head out to the theatre.

The production design is particularly wonderful and was inspired by the original sketches from the book. Everything is a line drawing right down to the costumes and the wonderful set with its human lampshades, bashed-about front door and a human postbox.

It is silly and not particularly subtle, but it works so well and is so much fun. The production opened at the White Bear Theatre last summer and transferred to the Kings Head Theatre shortly after. This fast paced revival suggests that the piece has benefited from continuous polishing.

A great night out at the Kings Head, which is one of the very few small-scale unfunded theatres in the UK that has an Equity House Agreement where all performers and stage managers are paid an equity-approved rate for rehearsals and performances. Helping ensure that theatre can be for everyone. 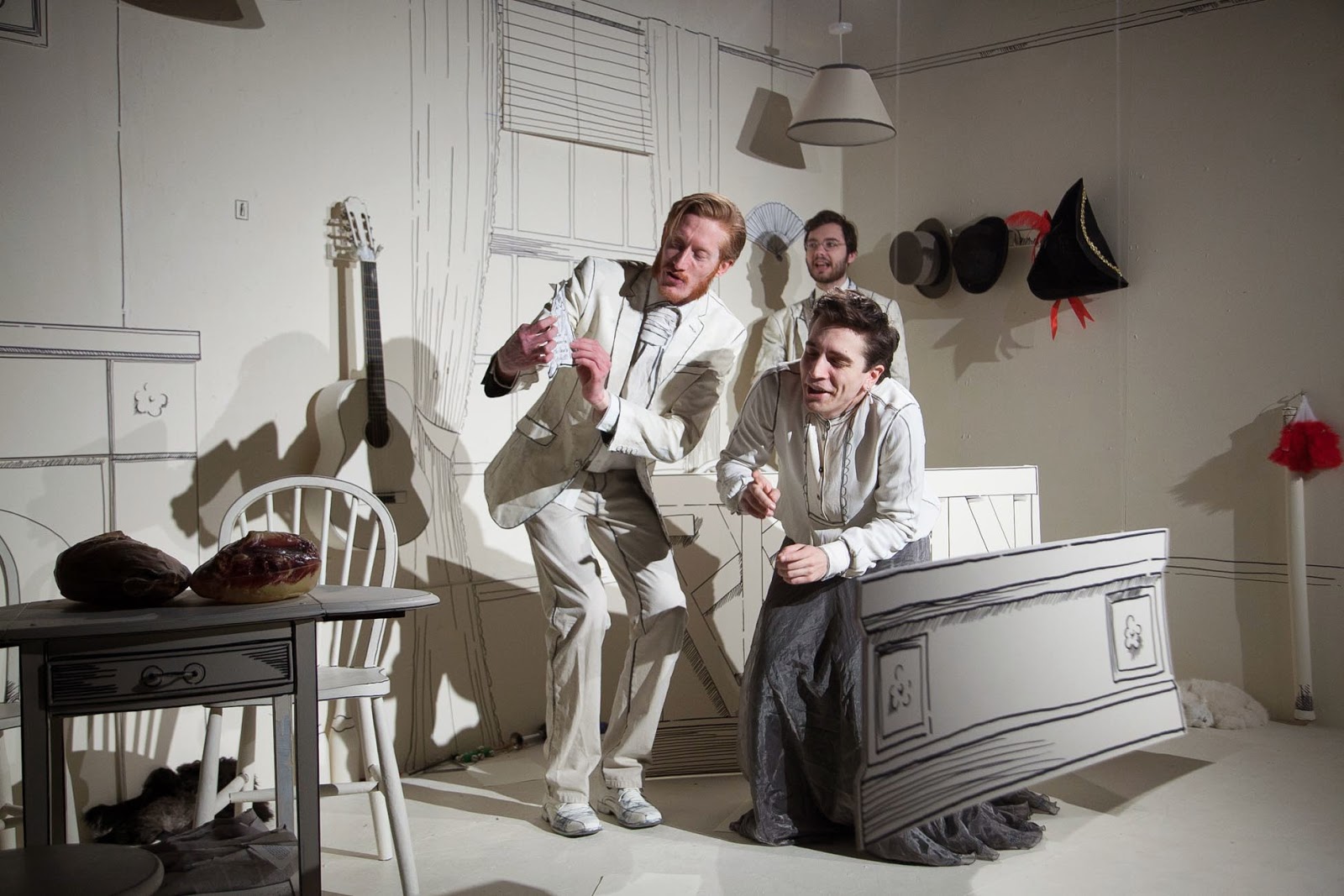 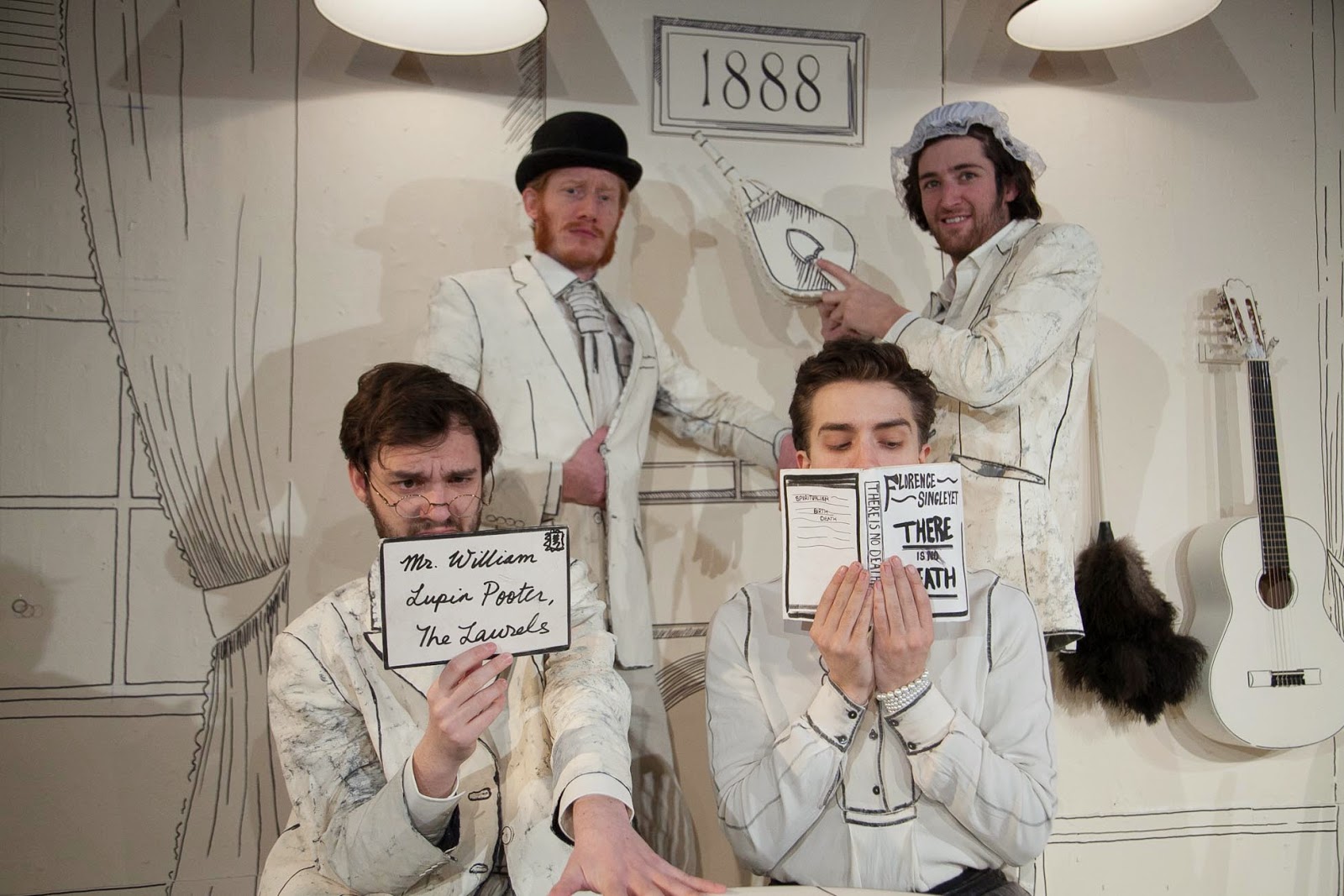 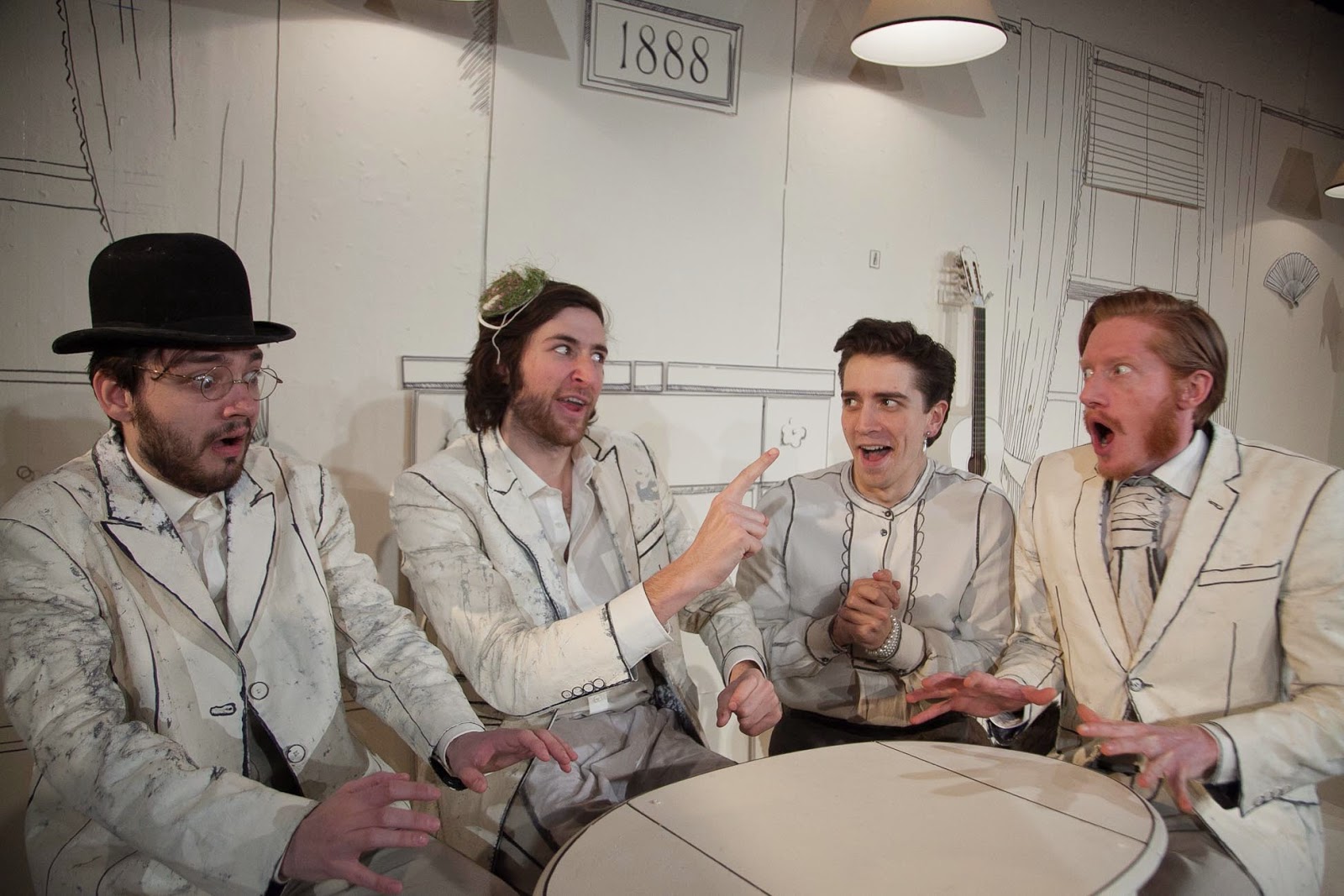