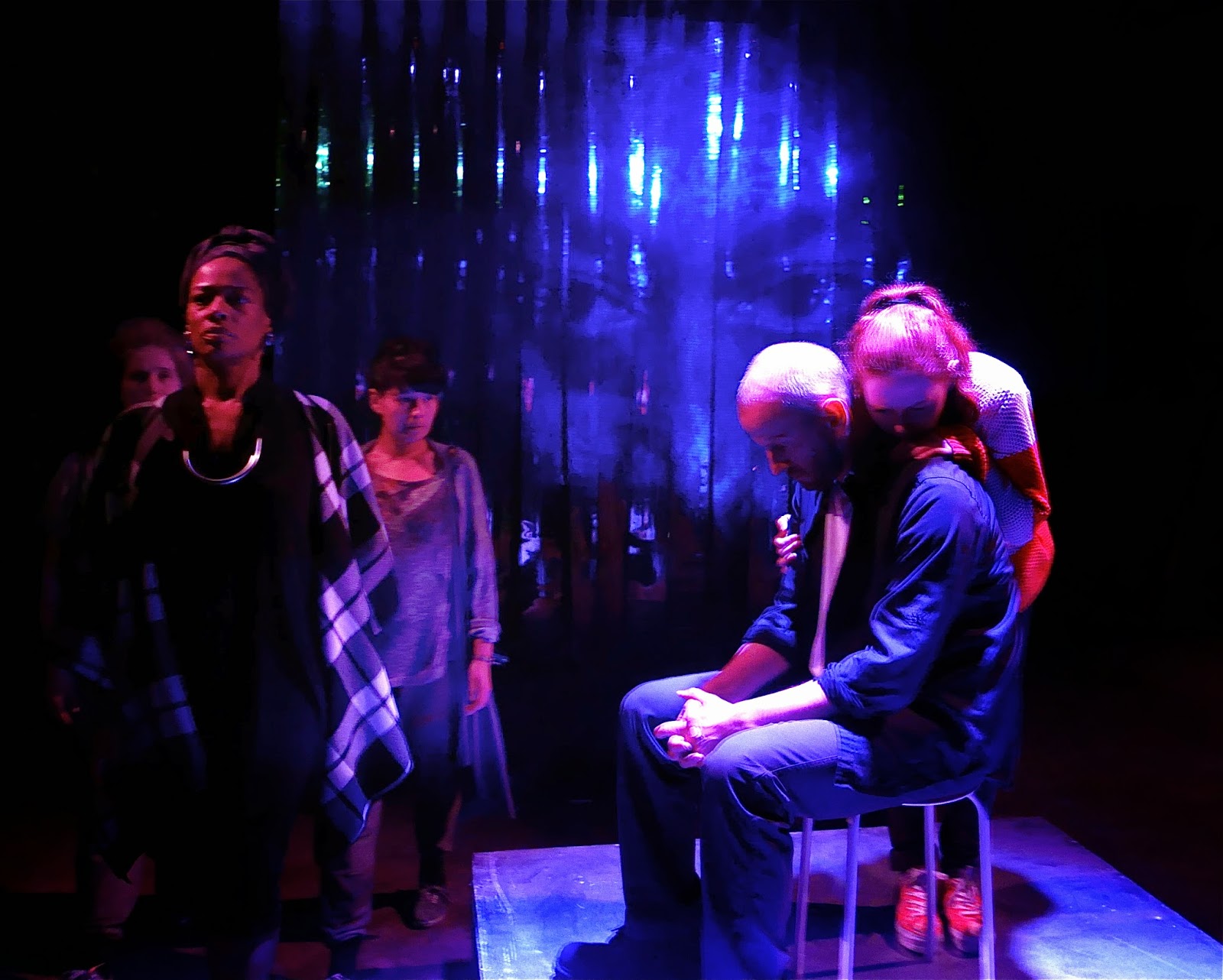 Hellscreen updates Japanese writer Ryūnosuke Akutagawa’s tale of  creating artistic hell on earth to the London art scene. It is a high concept treatment with film, music and other tricks creating a few chills in the damp and murky space under Waterloo station. However there are so many different theatrical styles and tricks at work here, at times it feels like they get in the way of telling the story rather than making for a truly gripping piece of theatre.


You enter in the space in the Vaults looking for a place to sit. There is none as the performers are sitting on all the stools. They offer you a stool and then are even kind enough to place it for you somewhere in the space. While doing this they make animal noises and occasionally shout, "Yes!" Bemused audience members followed their instructions, little knowing of the horrors that we might see in the subsequent 80 minutes, and also having no idea how uncomfortable these stools would get after an hour…

Anyway, eventually the action gets going and the story centres around an artist, his daughter and a collector. Performance artist Jonny Woo here plays Frank Holt, a contemporary artist with a dark twist. Inspired by a collector to focus his work on the darker side of life he is inspired to create a series of work focusing on the hell that exists on earth. He starts with a piece drowning a puppy and well, it all goes downhill from there. 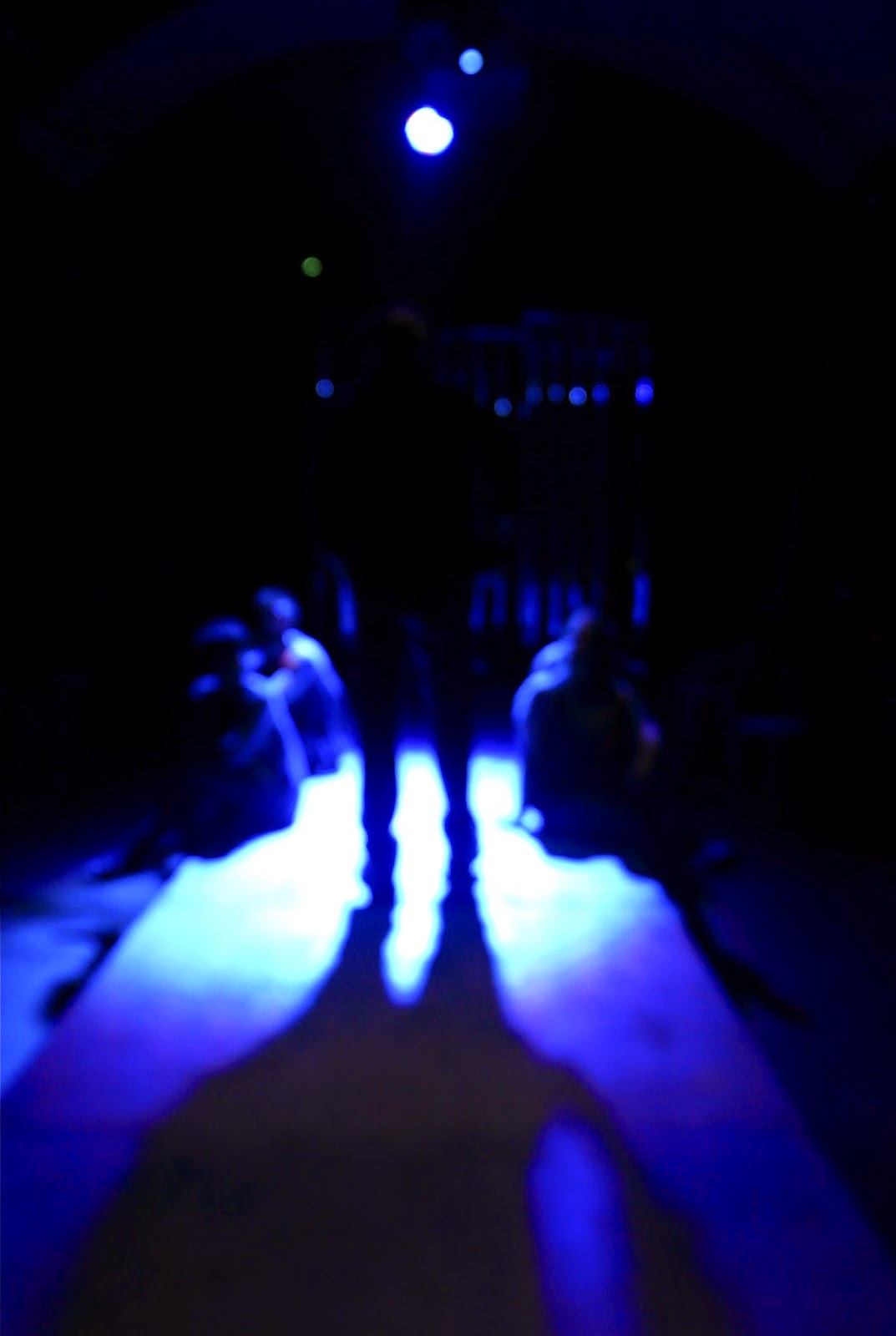 The only thing that brings him happiness appears to be his daughter, Amy, played by Vanessa Schofield. Schofield also provides the vocals to some very compelling musical pieces, which provide a welcome contrast to the rest of the goings on.

Overall the horror and shocks are mostly evocative, through the use of clever sound effects and lighting. There are also some simple yet clever touches to evoke different locations. But the drama is always competing with what feels like conflicting theatrical styles and an array of effects and video projections that distract from the narrative. The end result is probably not as compelling as it could have been.

Perhaps the central message is never leave a lesbian art collector alone with your daughter.

The piece runs though until the end of the Vault Festival on 8 March. This year the Vault festival with its confused organisation and moody atmosphere (it's like a mix of arts-club-meets-night-club-fuck-club), doesn’t seem as compelling as it was in its earlier years. But it is worth checking out for its final week if you haven't been down there already.