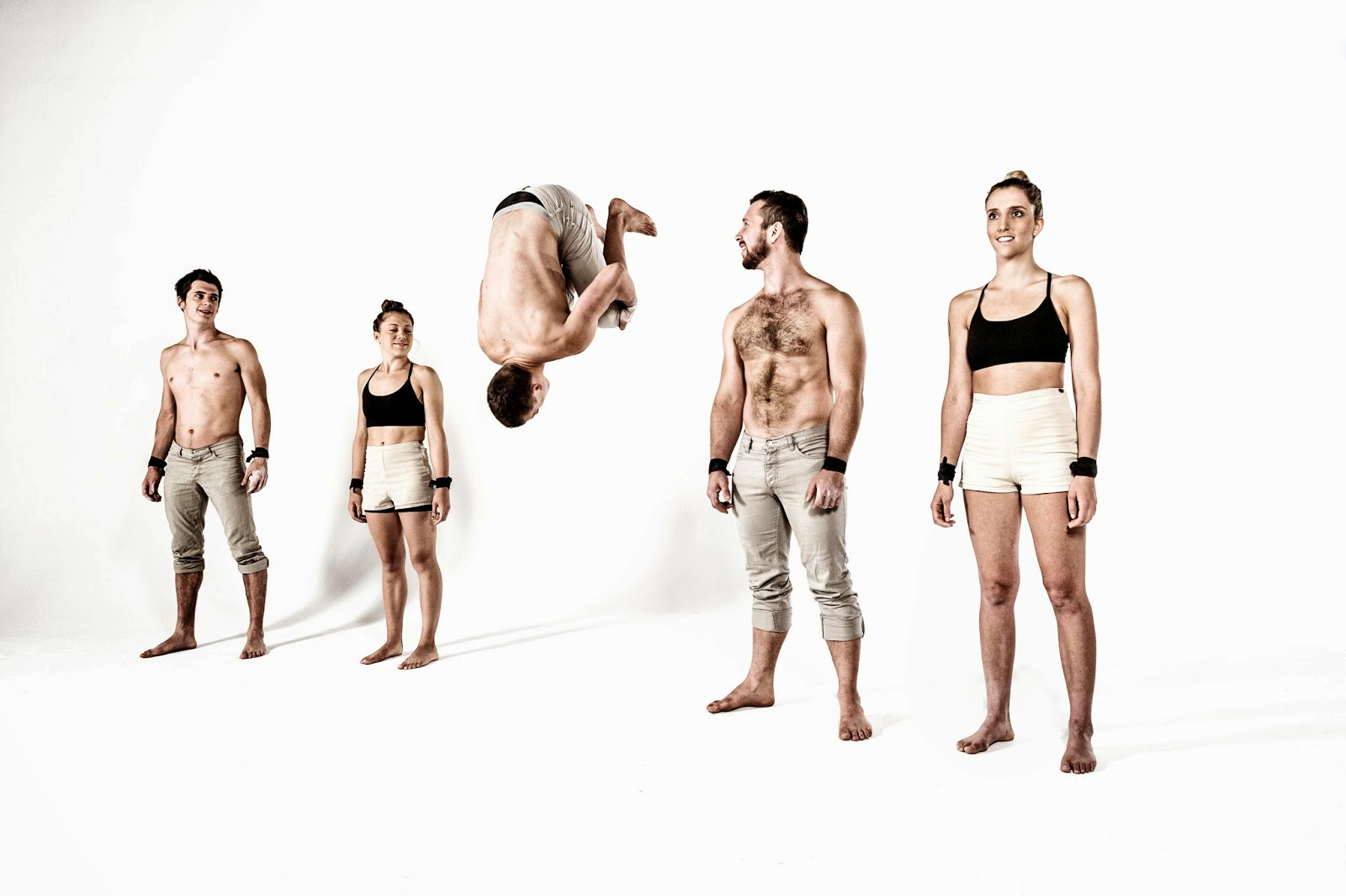 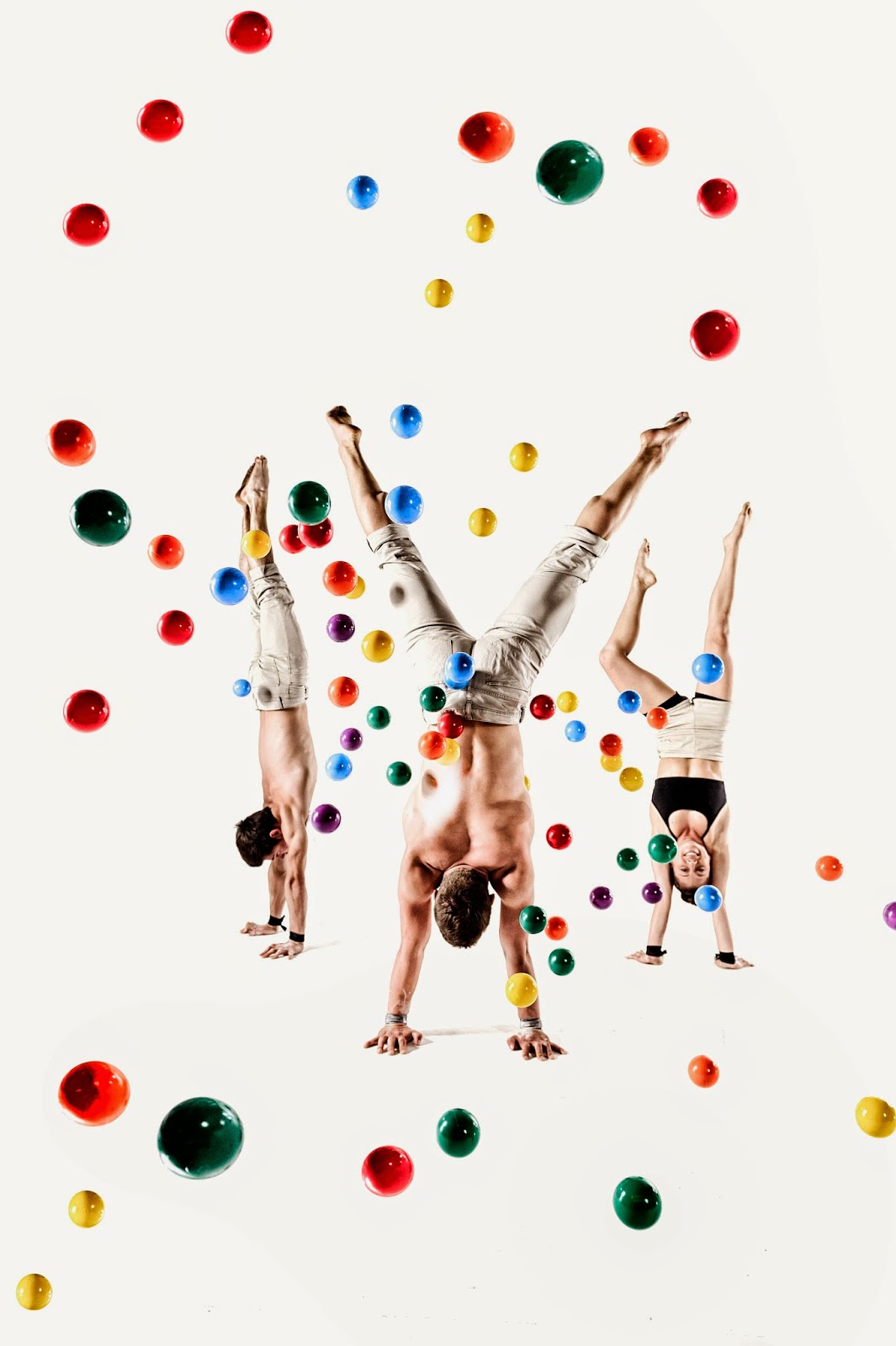 The title of the show suggests what is in store. There is nothing fancy but some terrific performances by the young and enthusiastic troupe as they do things that you wouldn’t think possible for the body to be able to do. Other highlights include a rapid strip-skipping and various painful looking balancing acts on each others faces and other body parts. Audience participation is limited to throwing little coloured balls at the performers while they try to remain upside down on their hands.

While the staging may be pared back, and there are not any glitzy costumes (although there are quite a few spectacular looking bodies up there), its simplicity and live percussion accompaniment make for a slick production.

And given the spontenaity of the show (and the nature of the acrobatics) no show is probably the same and worth a look once or twice.

It is on at the Southbank Centre as part of the Udderbelly Festival until 24 May. 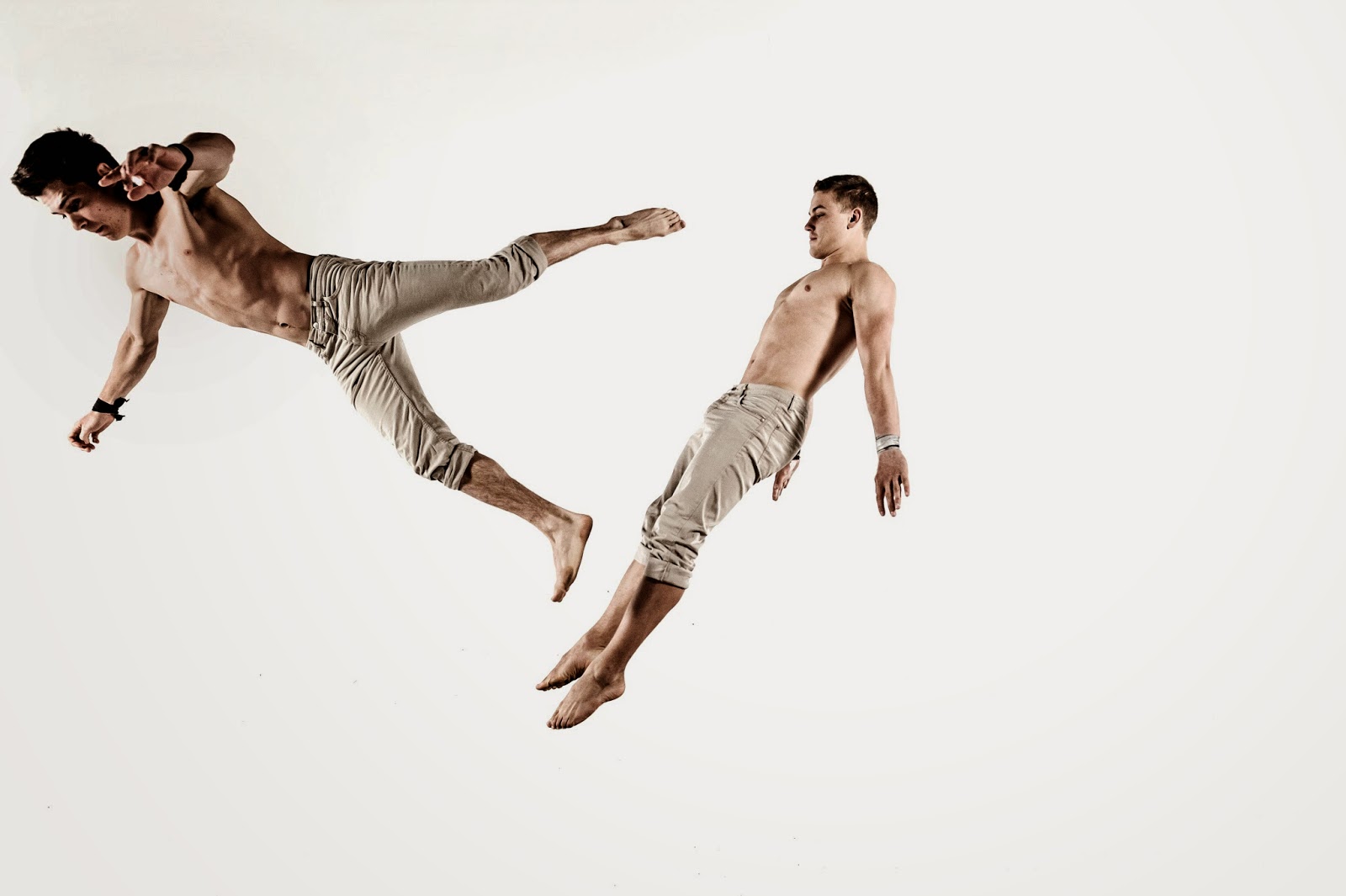 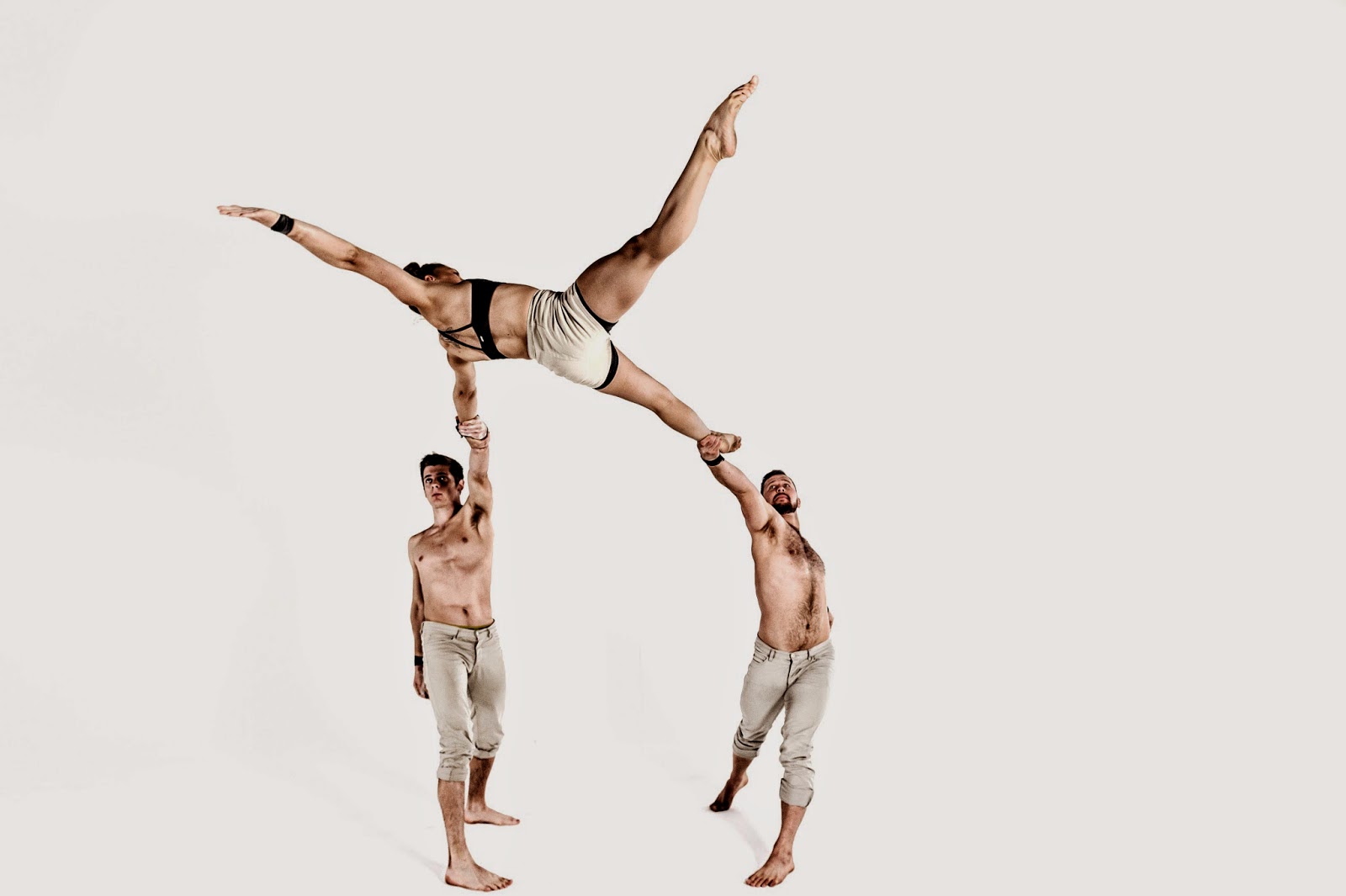 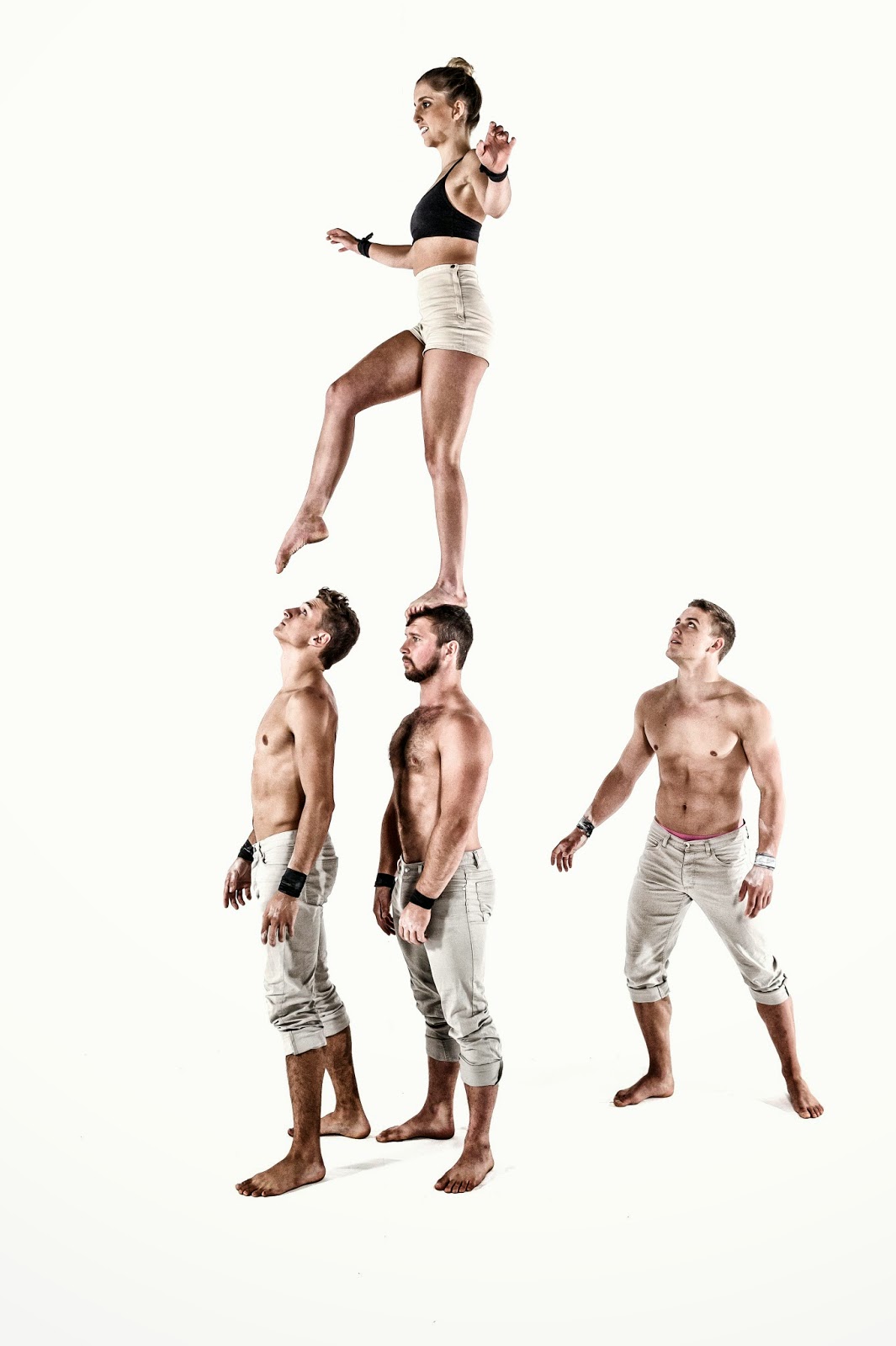 A Simple Space Promo 2015 from Gravity & Other Myths on Vimeo.