There is so much energy in this production of Thoroughly Modern Millie that even if a projector malfunctioned and a spot light crashed, nothing dims the performances of this young, good looking cast.

This is a song and dance show. And on more than one occasion did this small and resourceful cast wow with high kicks and perfect pitch in the intimate space of the Landor theatre. Sam Spencer’s fabulous choreography makes this show a thrill to watch. Sitting up close to the performers as they sing and dance their hearts out gives the show an added level of excitement and gives a new perspective to the piece. 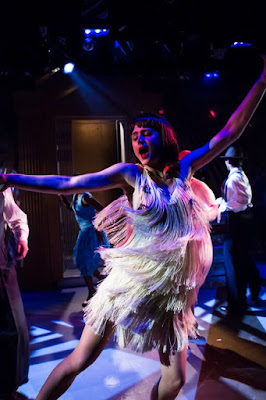 Thoroughly Modern Millie is based on the 1967 film and tells the story of a small-town girl, Millie Dillmount, who comes to New York to marry for money instead of love. Perhaps it is a tale that has some resonance for anyone who has moved from a small town to a bigger one (and has a penchant for songs and dancing).

There is also a subplot about the hotel she lives at being the centre of a white slavery ring. But what makes the show a standout is the music and movement. The musical has additional songs by Jeanine Tesori (who would go on to write the music for Caroline, Or Change and most recently Fun Home), and amongst all the silliness there is a clever piece of musical theatre that provides ample opportunities for a cast to shine. 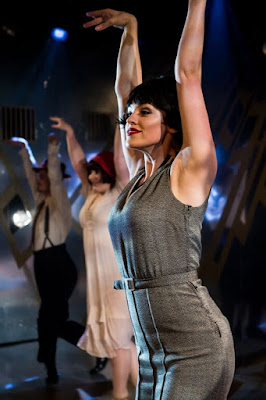 Millie has not been seen in London since its premiere production in 2003, when it ran for eight months. This small-scale version reduces the cast to 12 which means there is doubling of many of the supporting roles. While it is a young and talented cast, the doubling takes away some of the comic fire and absurdity of the piece as there is less distinction between those up to date kids and the grown ups.

In the lead role Francesca Lara Gordon is a friendly and feisty Millie with an impressive set of vocals. Although at times she seemed to miss a sense of vulnerability that could make the character a bit more likable. Sarah-Marie Maxwell is lovely and radiant as the every optimistic friend Miss Dorothy with a sweet voice and great sense of comic timing.

Christina Meehan is hilarious as the grumpy head of the typing pool Miss Flannery and gets the level of silliness that this show needs. Samuel Harris‘s is equally amusing as the stuffy boss Graydon and Steph Parry‘s villainous Mrs Meers is also a lot of fun.

And for fans of the movie, there is even a simulated (and inspired) elevator dance routine. Overall an impressive debut production from new production company Small Dark Woodland Creatures and a musical first for director for Matthew Iliffe. 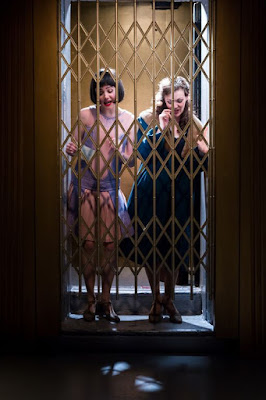