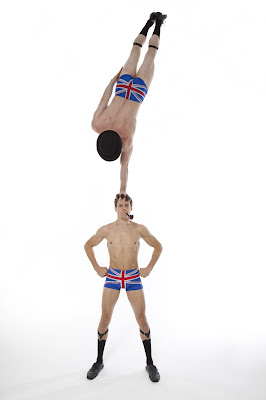 Returning for a sixth season in London, the little show with a big heart La Soirée is back at the Spiegeltent at the Southbank Centre.

The show is currently in previews and I recently caught up with some of the performers during a lunchtime break. 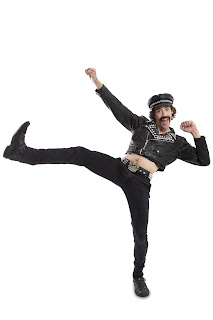 Mario Queen of the Circus is the alter ego and creation of Clarke McFarlane. He has toured the world with this character and been part of the show since its inception.

You have just started previewing and how has it been going?

Mario: Everyone has been working really hard to get the show ready. It has been pretty intense but now it is just a matter of shaping the show.

Part of the fun of this show is seeing new acts with some old favourites. What can we expect to see this time around?

Mario: What is different this time for me is I get to do a new act and I have not been in the Southbank seasons. The spiritual home of the show is in the Spiegeltent so it is great to be here for that.

Melanie Chy has been touring the world since she was six. She roars on the stage with a jaw-dropping and sexy routine. Part martial arts, gymnast and modern dance, it’s her first time with La Soiree and first time in the UK.

You make a terrific entrance and look like you are having so much fun (note this might be slight spoiler for people who have not seen the act yet):

Melanie: It’s all about having a good time while you are performing. I think it is the first time to have a 300kilo motorcycle driven down a one metre aisle.

Was that a challenge?

Melanie: The show is so fast paced and has such a high energy we had to figure out how to do it fast.

How is it like working with the rest of the cast?

Melanie: The show has a huge reputation in our industry and everyone knows it all over the world.

A lot of the cast have been performing together for years and so there is a real family like atmosphere. I feel like I am like the new child!

Melanie: From our side, it is really great to have the audience that close and see the expressions on their face. You can really play with the audience. I think that is one of the reasons why the show is so successful as the audience likes to have that connection with the performer and to be able to see every little detail. 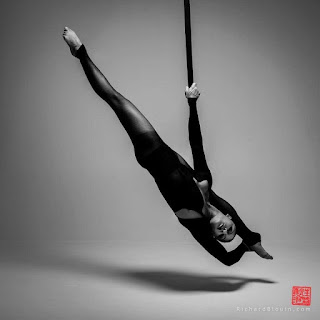 Yammel Rodriguez, known for her love of the finest Cuban cigars, has been drafted in to whip audiences into shape. Her innovative performance on a single strap soon be dominating the stages of the world.

What was the inspiration behind your character?

Yammel: The song speaks about this woman who is really hard to get. I started with the premise that she is a strong character. The smoking of the cigar is a beautiful image to play in the air. Since I work with a one arm technique, it gives me one arm free so why not?

This is your first time with La Soireé, how does that feel?

Yammel: I’m extremely excited about it. I came to see the show three times last year and I wanted to be in this show so badly. I have been training for many years but I am quite new as a professional so I am really happy to be given this opportunity.

Yammel: I love it. When people are far away it feels so cold. I love to give an action and receive a reaction. It just makes you feel like you are alive as an artist rather than just doing a performance.

La Soiree runs from 27 October 2015 until 17 January 2016 at the Southbank Centre. Check their website for details.