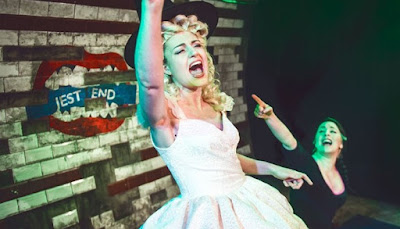 
Still with Lizzy Connolly, Scott Garnham, Jodie Jacobs and Simon Bailey there is fine singing and some awfully complicated hand gestures (I dare not call it choreography as that was the point of a number in the show).

The show encourages you to live tweet and take pictures, so you get the feeling of what it is like when you are stuck in a West End show and someone next to you is trying to take a picture. This was @johnnyfoxlondon's effort. 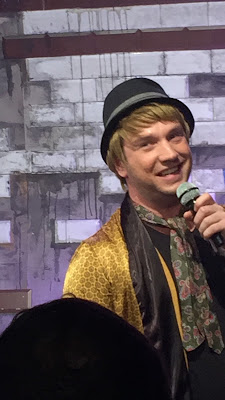 Jest End is at Waterloo East until Sunday. See it if you can.