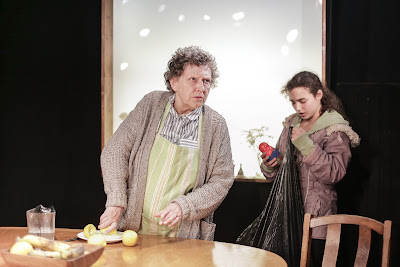 The life of two vulnerable women come together and fall apart in Kate Lock's Russian Dolls.

The way the British treat the young and the old is laid bare here. It is a terrific piece full of humour and warmth. But it never lets you forget that that if this is how good it gets for vulnerable adults and young people in this country, then there is plenty more we could be doing. 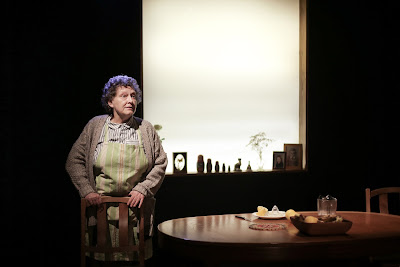 We are first introduced to Camelia (Mollie Lambert). She has spent most of her life in care and spent time in a young offender institution. She seems keen on getting back there. Afterall there are daily activities, friends and trips to Legoland, so she robs Hilda (Stephanie Fayerman).

Hilda was a foster carer in the past but is now blind and dependent on social services to help her. She mistakes Camelia for her carer. Despite the inauspicious beginning, circumstances bring them back together and they strike up a surprising friendship.

Yet family ties and past history soon become a barrier for both of them. Here it isn't the lack of money thrown at the problem that is the issue, it is more that people just don't care much about either of them. 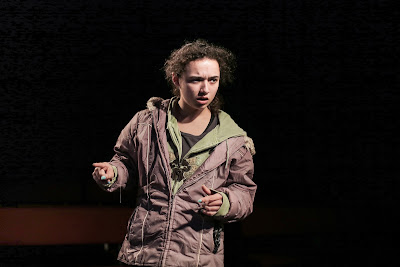 Lambert and Fayerman bring to life two very different yet strong women who are trapped by their circumstances. For Hilda it is her loss of sight. And although blind, she wants to set past wrongs right by helping Camelia. For Camelia it is a strong draw to her mother and to her friends who draw her into London gang violence.

Lambert is fierce and intense as the troubled Camelia. Her performance is of a woman on the edge holding back a shocking secret. Fayerman is sharp as the independent Hilda. Together they seem well-matched as age and experience comes up against brute force and ignorance. Set in London, a city where people have rioted for fun and gang culture has gone mainstream (albeit with less lethal weapons), it is a believable piece. Here the shocking exploitation that was prevalent in Firebird is not at the forefront here. But you are still left wondering about the future of both of them. And it probably isn't good.

Russian Dolls won the 2015 Adrian Pagan award and plays at the King's Head Theatre until 23 April.