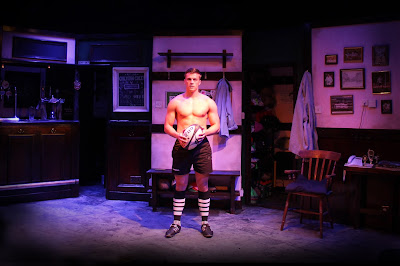 Now playing at the Old Red Lion theatre is Odd Shaped Balls. It's a play about an outed Rugby Player James and the fallout created from it.

Odd Shaped Balls is a one man show that tackles the issue of homosexuality in sport and probes into why it's such a big deal in the first place. And ultimately, isn't it more important how you play the game and work as a team?

Matthew Marrs plays James Hall. He has the world at his feet as a professional rugby player but after people find out his sexuality, he finds his life changing dramatically. James has to decide whether he has the courage to not only be true to himself, but act as a role model for others.


It can be a tough decision to decide the right time to come out. For those in the limelight in can be even more daunting. The decision can be entangled with fears of homophobic abuse and negative reactions from their teammates. In a recent study of over 9500 participants, only 1% of lesbian, gay and bi-sexual respondents felt they were fully accepted within sporting culture. 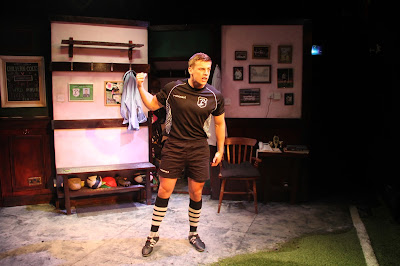 But perhaps (at least in Rugby), the tide is turning. Rugby star’s Sam Stanley and Keegan Hirst received overwhelming support when they came out last year.

The production transfers to the Old Red Lion after a run at Edinburgh Festival Fringe in 2015.

Produced by Plane Paper Theatre is a young company dedicated to creating a platform for emerging theatre makers. They aim to develop and produce original work that explores interesting questions and themes. They also recently produced Don't Smoke In Bed at the Finborough Theatre. Written by Richard Sheridan and directed by Andy Twyman, Odd Shaped Balls runs at the Old Red Lion Theatre until 25 June.