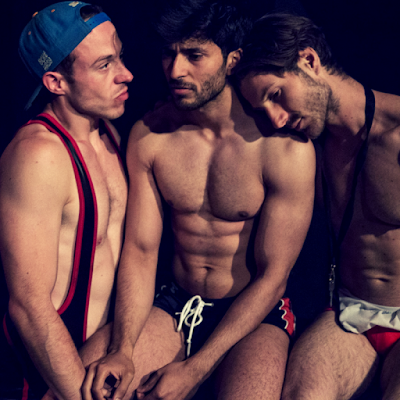 Life in London is just one big endless gory drug-fuelled sex party in 5 Guys Chillin'. It's a relentless look at the London gay chem-sex and chill-out scene by Peter Darney at the King's Head Theatre. It's not for the faint-hearted or those who have lived a sheltered life.

The piece has been created from interviews and sourcing material found through social media and apps. Darnley's uses the premise of a "chill-out" to get the guys talking. It's very effective, particularly once you get over the gay gore and start listening to the stories.

Among the graphic details is a picture of an empty and lonely gay scene in London. It also helps explain why with record rates of infection among men who have sex with men there is the push to provide PrEP (Pre-exposure Prophylaxis) free on the NHS. 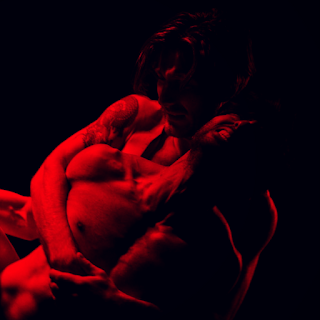 The cast work the material well. They balance the intensity of the drug-fuelled euphoria and the loneliness. But in the end when there is nothing else, there's always the drugs... And the chill-outs... It beats getting on with life.

5 Guys Chillin' is written and directed by Darney and runs through to 5 November. It’s playing alongside Amanda Muggleton’s show The Book Club and uses the same set but no doubt to different effect. I was wondering if they have to wipe down the sofa between shows.

But if you consider it part of the genre of gay plays with full frontal nudity, this one gives you shocks with the cheap thrills. And something to ponder about the disturbing state of the London gay scene. If you miss it this time I suspect that it will return again soon.