Hopes for 2017: The Doppel Gang @tristanbatestheatre 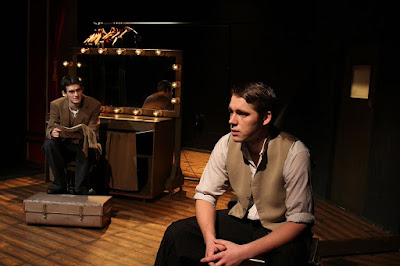 Things I am hopeful about for theatre this year after catching The Doppel Gang at the Tristan Bates Theatre:

The Mother Goose panto at Wilton's last year gave a few quick flashes of music hall style with a few numbers. Here this show is set in the pre-television era where an evening's entertainment is a night out at the theatre. It's a lost art that could do with being resurrected.

There is a Faulty Towers Live show that is winding its way around Australia as part of John Cleese's pension plan. But there are is plenty of other comedy that could be recreated, borrowed, or repurposed. The Marx Brothers are a case in point.

Unfortunately while the Doppel Gang includes these two elements, there is an awful lot of moody drama between jokes. There is also the tired premise of a struggling (this time it's a theatre troupe) during the blitz. Perhaps it is time the war is left to Remembrance Day as we are not doing it any favours evoking it in the the theatre.

The moody drama and occasional loud explosions make the piece too confusing to follow. It also dilutes the comic potential (and any originality) of the material.

With it's elbaroate set it is a slick looking production from the Just Some Theatre Company. The company was founded by Jake Urry and Peter Stone who feature in the piece. But mis-timed performances and a muddled plot make for a bewildering night at the theatre.

Directed by Terence Man, The Doppel Gang runs at the Tristan Bates Theatre until 11 February. 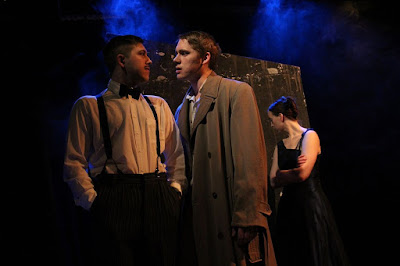 In the meantime you can always see the real Marx Brothers online...