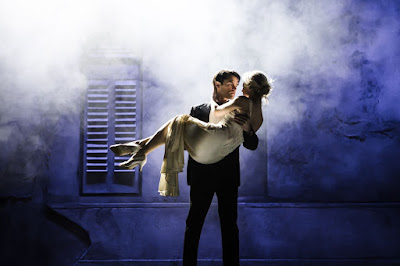 A terrific story and some fine singing from its sexy leads makes this encounter with death enjoyable. But you get the feeling that that this near death experience could be more enjoyable if the music was not so repetitive and loud. It's currently playing at Charing Cross Theatre. 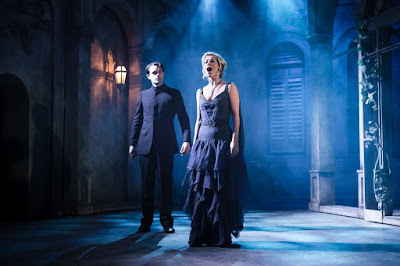 The piece is set after the first World War in a villa near Lake Garda in Italy. The show opens with the leading lady Grazia (Zoë Doano) standing in a speeding car heading back home after a night on the town. She's recently engaged but you're given the impression from the start she is a woman willing to flirt with death.

Then there is an accident and she is thrown from the car. But struck by her beauty death spares her life. He starts to wonder what makes people fear him. He also is in need of a break after being so busy during the war. And so he visits her father and tells him he wants to experience humanity for a weekend. At his villa. Where Grazia and her fiancee are staying.

The engagement is going to be in for a rocky time that weekend. You're half expecting some not at all appropriate duets to take place between an engaged young lady and a mysterious Prince. And they do. And the performances by Death (Chris Peluso) and Doano keep you captivated, even as the music becomes melodramatic, increasingly saccharine and loud. 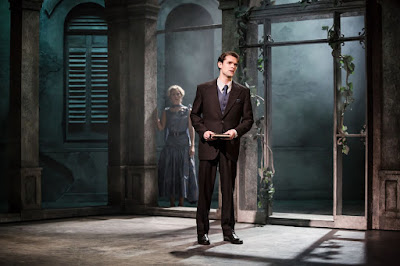 And it is a pity that music gets in the way of a story about the the lure and temptation to flirt with death. There is much to admire about the story and its musing on life.  If death appears as a handsome man does that make it more appealing? During the weekend the characters find increase vitality, only to realise that nothing had changed. It was just a temporary reprieve from dying.

There is some fine singing with the rest of the cast although it isn't clear why there are so many American characters at a villa near Lake Garda in 1922. Perhaps we are to assume that prohibition (like today's Trumpism) forced them abroad.

Comic relief comes with the household help and doddery Countess Danielli (Gay Soper). She delivers a line about losing her virginity on a gondola in such an evocative way you feel you were there.

The book is by Thomas Meehan and Peter Stone and music and lyrics by Maury Yeston. It is based on an Italian play by Alberto Casella La Morte In Vacanza (Death on Holiday). Their intention was to make a chamber musical and the smaller space of Charing Cross works well here.

Directed by Thom Southerland, Death Takes A Holiday is at Charing Cross Theatre until 4 March. Chris Peluso is Death until 11 February and then James Gant (currently playing the servant Fidele) takes over from 13 February).