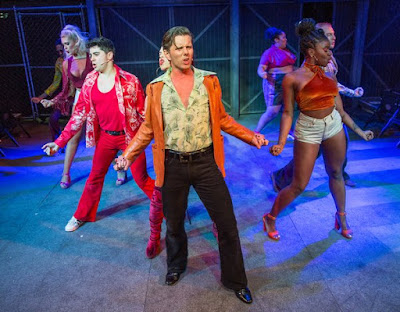 Whores with hearts of gold are back on stage with this slick and star-powered production of The Life at Southwark Playhouse.

It's a musical about the sleazy underworld of prostitution and pimps of the 1970s / 1980s New York set to songs from the 1930s. Well, it felt like they did, and it was hard to tell which one was out of place.

But even if the piece isn't a documentary of sex workers in the city, it presents a joyful set of tarts and pimps as an opportunity to celebrate being alive. Or at least being alive enough to take seven men in a single night.

Combined with a great cast and one of the best looking and best sounding productions in the Southwark Playhouse make it a worthwhile trip. 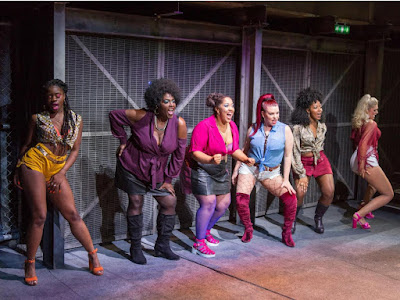 The story is pure melodrama. The girls are on 42nd Street not because they're in the money, but because they need the money. Their men are either hustlers, pimps, addicts or a combination of the three.

There is Queen (T'Shan Williams) and her lover Fleetwood (David Albury) who have come to the city to make money. She is the working girl and he keeps having nightmares of his tour of duty in 'nam and needs drugs to ease the pain.

Meanwhile Mary (Joanna Woodward) has just got in town from Minnesota. And she isn't as sweet and innocent as she looks.

And there's opportunistic hustler Jojo (John Addison) who is always got a scam going.

The other girls fill out the story. But it is Sonja, played with deadpan hilarity by Sharon D Clarke, who gets the biggest laughs as the oldest girl in the oldest profession.

As a showcase of talents of the cast, the show soars. It also sounds great under the musical direction of Tamara Saringer.

But at three hours it is less successful at being a piece of musical theatre.

Director Michael Blakemore re imagined his Broadway production for the smaller space of The Southwark Playhouse. It works well and the (ahem) action is often in your face. The book's also been revised although more ruthless editing and removing a few songs and characters might have given this piece an edge.

The Life is at the Southwark Playhouse until 29 April. It comes with a warning that the production contains strong language, violence and partial nudity. But it's all done in the best possible taste. These sex workers are stars after all. 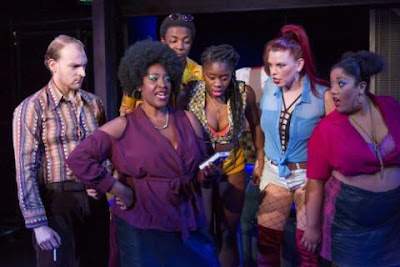