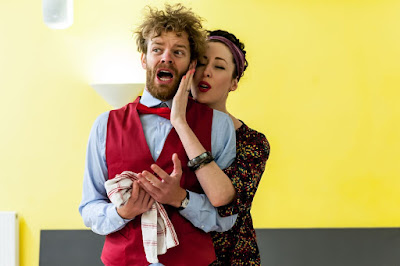 This rarely-seen work is perfect for their style. It's a little bit silly. It has some great arias. And it showcases some fabulous voices from its young and energetic cast. Of course being Pop-up Opera, they add some 21st century flourishes to this  18th century opera. There are endless references to politics and on-point trends. 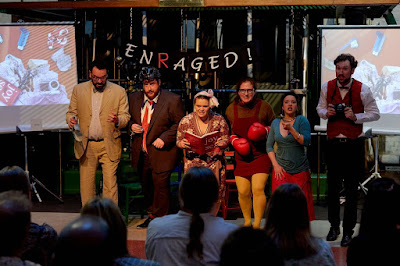 The story centres around two young lovers, Paolino and Carolina. They get married and tell nobody about it. Slight problem is that Paolino married one of the two daughters of the man he works for. Who just happens to be a rich Italian businessman. He's also working on marrying off the other daughter to a mad English toff... Who seems to bear some resemblance to Boris... Albeit he can sing. And doesn't waffle. But this toff fancies Carolina...

It's well sung and acted with a terrific performance by Peter Kirk as Paolino. He his unforced tenor voice was powerful yet fresh and perfectly suited for the role. Opposite him as Carolina, Chiara Vinci is a feisty soprano full of energy and wit. 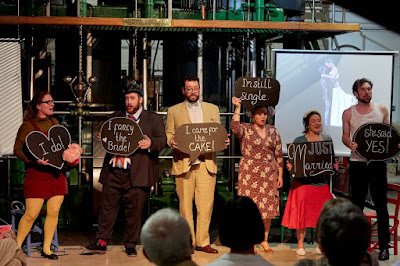 In the surroundings of The Vaults at Waterloo it isn't the most magical of all the venues Pop-Up Opera will tour. But the appreciative audience were either cheering or in hysterics from the proceedings.

Directed by Max Hoehn and with Musical Direction by Berrak Dyer, Il Matrimonio Segreto travels around the country. The performers vary depending on the evening. There are future dates in and around London throughout the summer too. Don't miss it.