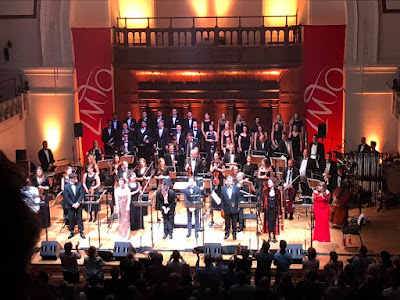 It is possible to see the best of all possible worlds after experiencing the passion and sublime music making from London Musical Theatre Orchestra's concert version of Candide.

Playing for one night only at Cadogan Hall, you left the theatre sharing the joy and passion the musicians felt for Bernstein's work.

Based on a story by Voltaire, it's about a young man determined to cling to optimism despite the frequent tragedies he encounters. Along the way he's expelled from home, dragged into the Bulgarian army, brought before the Spanish Inquisition... But the plot is not so important...

As a concert version, Bernstein's operetta lets you overlook the sillier parts of the story and focus on the music and performances. 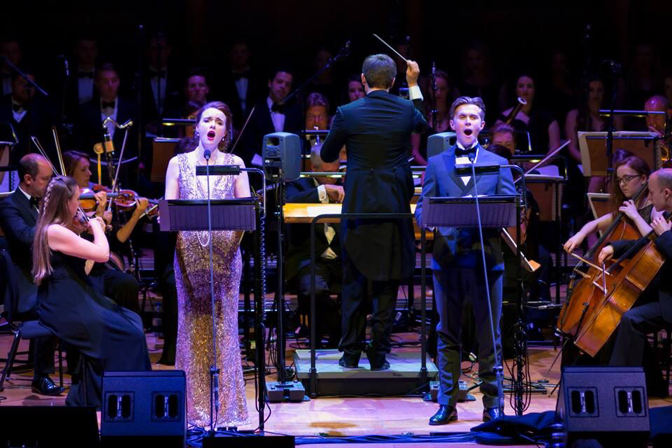 In the title role, Rob Houchen defines the optimism of the character with an a delicate tenor voice.

Anna O'Byrne as Cunegonde was a delight to watch. Particularly as she made singing high e-flats look  easy in the showstopping number "Glitter and Be Gay".

James Dreyfus held the proceedings together as the narrator and comic relief.

The orchestra is the first in London dedicated to Musical Theatre. Founded in 2015 by Music Director Freddie Tapner it was intended to give London musicians experience in playing big orchestral musical theatre scores.  Bernstein would have approved for sure.

Earlier in the year they performed Honeymoon In Vegas with Jason Robert Brown conducting which was also sensational.

During the interval, two strangers asked me "Is this just for one night?" Alas it was. But it's exciting to see something extraordinary even if it is for one night.

They'll be back at Hackney Empire on September 23 for a concert version of Jerry Herman's Mack and Mabel. In December they'll be in the West End for A Christmas Carol. Sign up on their website for updates. 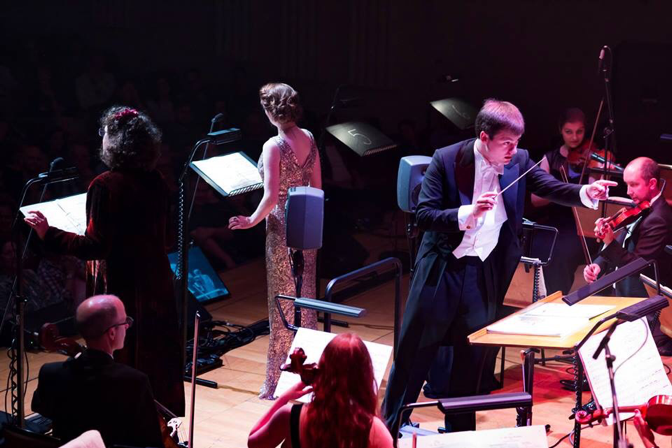