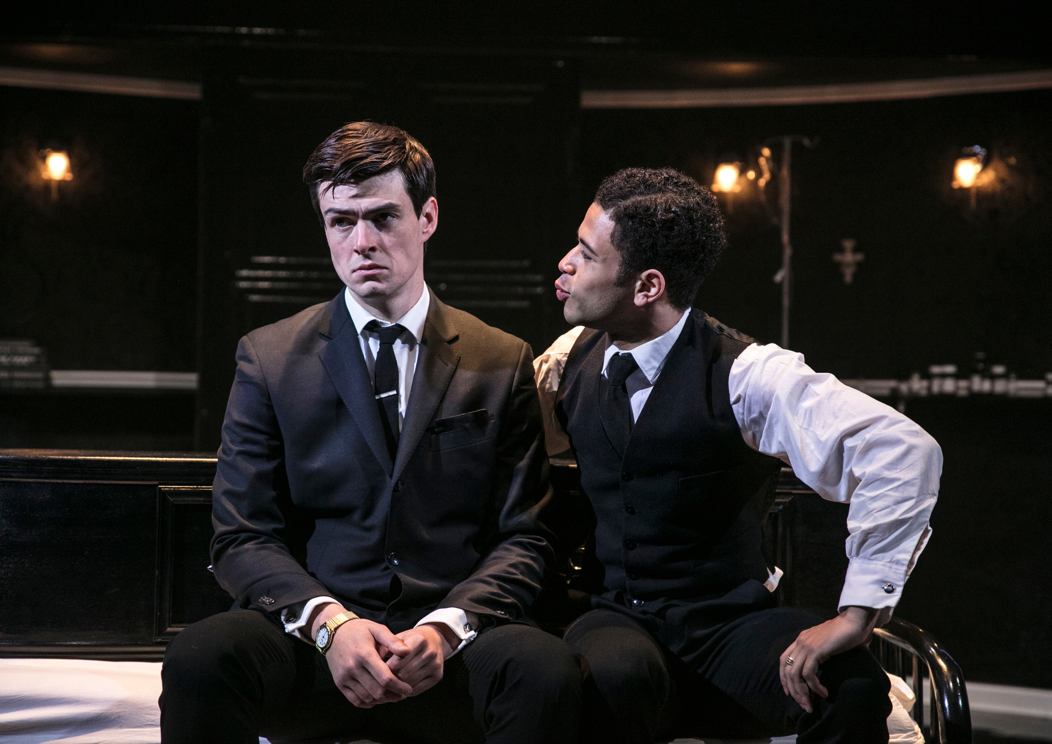 In the fifty years since Joe Orton’s death, Loot has lost none of its bite. In fact, with the naughtier, dirtier bits restored, it presents a hypocritical and corrupt British society that feels like present day. It’s currently playing at Park Theatre.

The targets here are religion, the police, corruption and our perception of death. It’s intended to shock. It’s intended to be funny. But taking in all the banter and word play you realise Orton’s attacking the veneer of polite respectability that pervades Britain. Here rhetoric clashes with reality. But at least it’s damn funny.

It opens with Mr McLeavy (Ian Redford) grieving over the death of his wife and getting ready to go to her funeral. He’s lived a respectable life. He is with Nurse Fay (Sinéad Matthews) who looked after her in her final weeks. But as she talks and talks about piety and respectability all is not what it seems.

McLeavy’s son, Hal (Sam Frenchum), has strayed from the righteous path. Attracted to petty crime, prostitutes and worse. He arrives in an agitated state, as he’s just robbed a bank with his mate Dennis (Calvin Demba). There’s a Police Inspector Truscott (Christopher Fulford) sniffing around and so they need a hiding place for the loot. So his mum’s coffin seems like the best place. The only problem is that the coffin isn’t big enough for her and the loot... 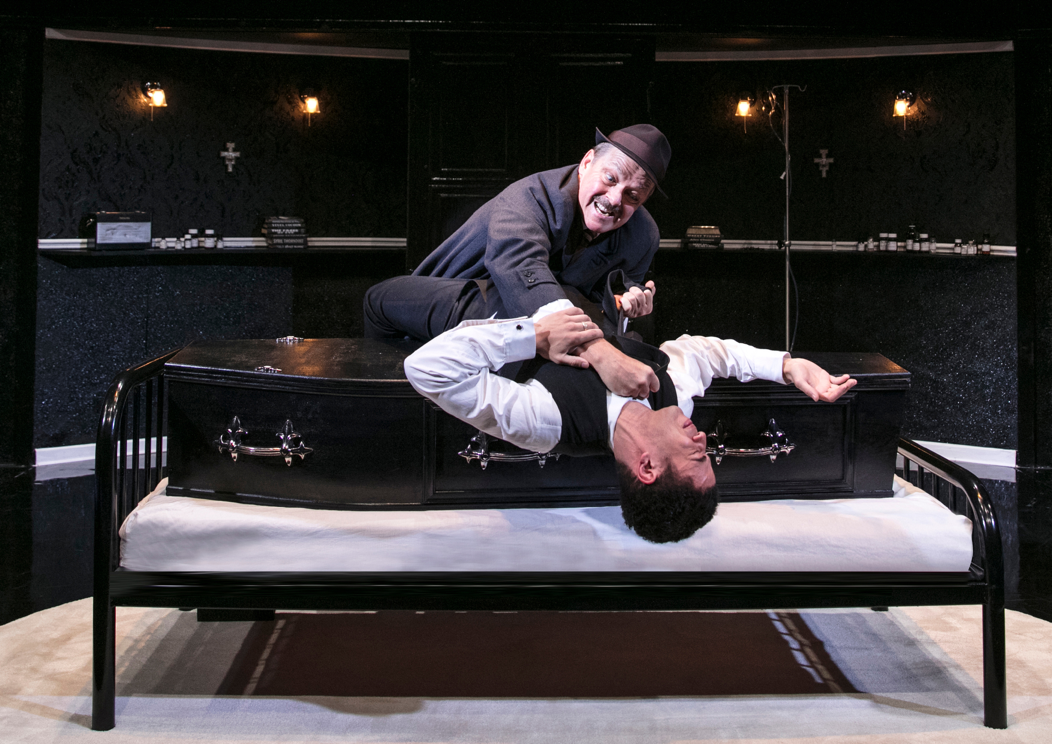 With Orton’s endless word play and farce-like situations, the cast sustain the energy and seriousness necessary to make the play funny.

Censorship in 1960s London demanded that the Mrs Truscott was not played by an actress but a dummy. Here Mrs McLeavy is played to full comic effect by Anah Ruddin. She’s propped up, thrown into a cupboard and stripped naked as they try to keep the money from being discovered. It’s a star performance that gets the biggest cheers at curtain call.

The other key restoration is the sexually-charged relationship between Hal and Dennis. It may not be love but it is lust. They kiss and gaze at each other. And even when they’re talking about prostitutes or groping Nurse Fay’s breasts, it comes across as an act of keeping up appearances. 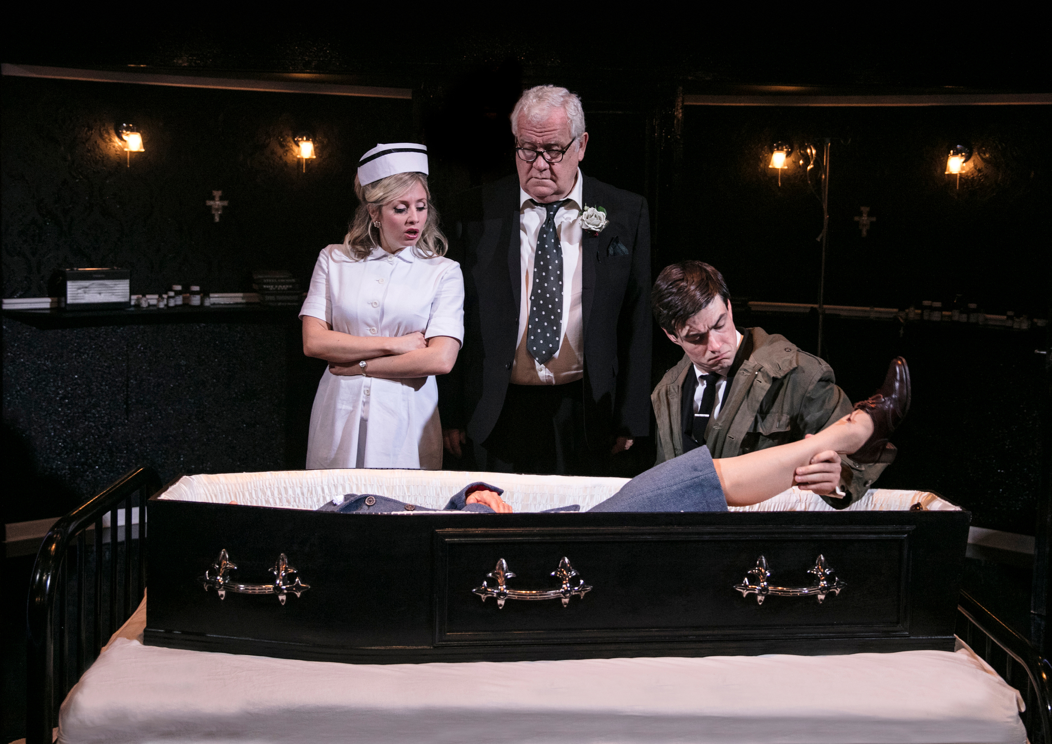 This is a a stylish production too with set and costumes by Gabriella Slade. The religious iconography and slick black walls makes it difficult to tell if the action is taking place in a living room or a chapel.

But the production throughout underscores the fine line between respectability and reality. There’s a line that the police used to be run by men of integrity to which Truscott replies, “That’s a mistake which has been rectified.” It gets laughs. Even if it’s nervous laughter...

Directed by Michael Fentiman, Loot is at Park Theatre until 24 September. Take your mum to see it.