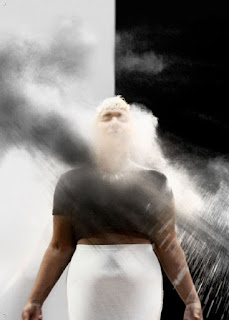 I always knew what I was. I was mixed race. I was... And so begins Koko Brown’s monologue White. It’s about being mixed race and being an outsider and growing up in modern Britain dealing with labels when sometimes none really fit.

It’s currently playing at the Ovalhouse Theatre as part of its Autumn Series of shows.

Koko Brown uses spoken word, live vocal looping and multimedia to create a powerful and compelling statement on how we view people.


Whether it’s the black girl in the corner, who like’s Panic! At the Disco. Who doesn’t get why she’s always cast as Scary Spice. Who stumbled onto a Black Lives Matter march.

The vocal looping creates a series of songs to comment on the various stages of her young life. 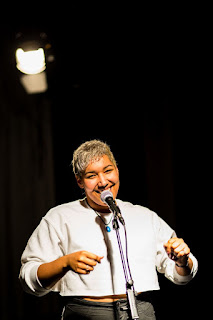 It’s fascinating for both it’s assured performance and uncertainty with what happens next.

It would make a great double bill with  Joe Sellman-Leava’s piece Labels.

In the meantime, you can catch it at the Ovalhouse until 25 November.

Next up at the Ovalhouse is The Sex Workers Opera, which combines theatre and music to showcase the lives of sex workers... Warts and all (or so to speak).