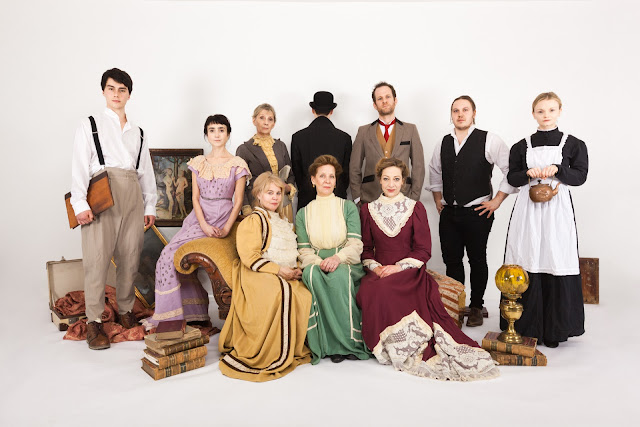 In The Passing of The Third Floor Back, the arrival of a mystery man at a lodging turns a bunch of crooks, philanderers and pretenders that make up English society into human beings.  The action takes place over the festive season and it could be an alternative to Dickens's A Christmas Carol. Without the ghosts.

The piece is having its first revival in 70 years at the Finborough Theatre. I overheard someone leaving the theatre noting they found the first part more interesting than the rest. Afterall, this prologue is the bit that presents the characters with all their flaws. The dialogue is sharp and hilarious. And you could be forgiven for thinking not much has changed in London since Edwardian times.

But Jerome K Jerome, who spent some time living in down and out places depicted here, has other plans for his characters. The arrival of a mysterious new lodger (Alexander Knox) confronts the characters one by one. Each believes they have met him somewhere before and take his advice. The Epilogue shows how this mysterious man changed their lives for the better. 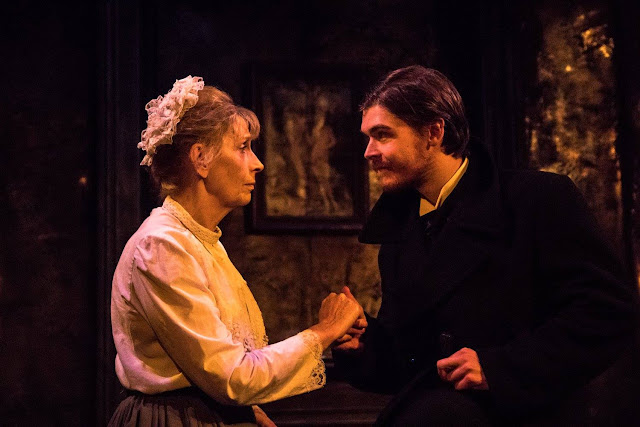 The structure of this play tends to make the story repetitive with each character getting an audience with the lodger. At least with A Christmas Carol only three ghosts appear. Here a single ghost-like character has a one to one chat with a cast of twelve.

But even if the characters don't mix much, they are a delight. And there's a terrific ensemble to bring out the comic and tragic potential of the material. There's the shady Landlady Mrs Sharpe (Anna Mottram) who uses curry powder to make the veal smell better. Her ex convict maid (Ella Dunlop) who talks back to anyone. Mrs De Hooley (Carmen Rodriguez) who married into low grade aristocracy so has to wear black to mourn the death of some foreign Queen. Miss Kate (Paddy Navin) is a painted lady who is terrified of revealing that she's actually forty.

Underscoring the action is harpist Lizzie Faber which gives the work its dreamlike quality. And Jasmine Swan's set and costumes evoke a dark and gloomy Bloomsbury boardinghouse. Broken only by flashes of occasional sunlight. Or is that enlightenment?

The piece was a long-running hit in the West End and Broadway. Perhaps tastes have changed and the sentimental message serves better during the festive season. On the other hand the piece is also described as an "Idle Fancy". This could be translated as wishful thinking. So maybe the joke's on us.

Directed by Jonny Kelly, The Passing of the Third Floor Back is at the Finborough Theatre until 22 December. 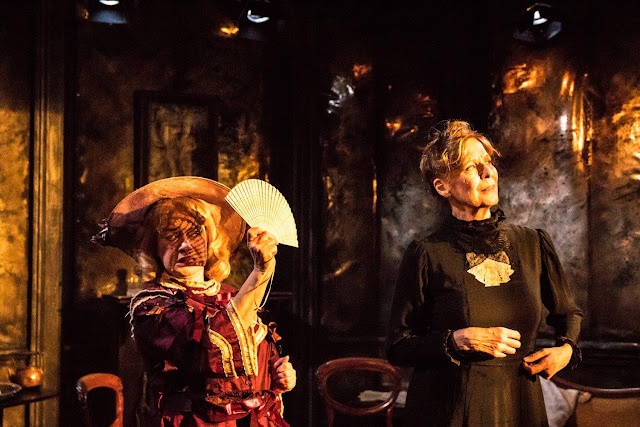 Photos by Nick Rutter and others.