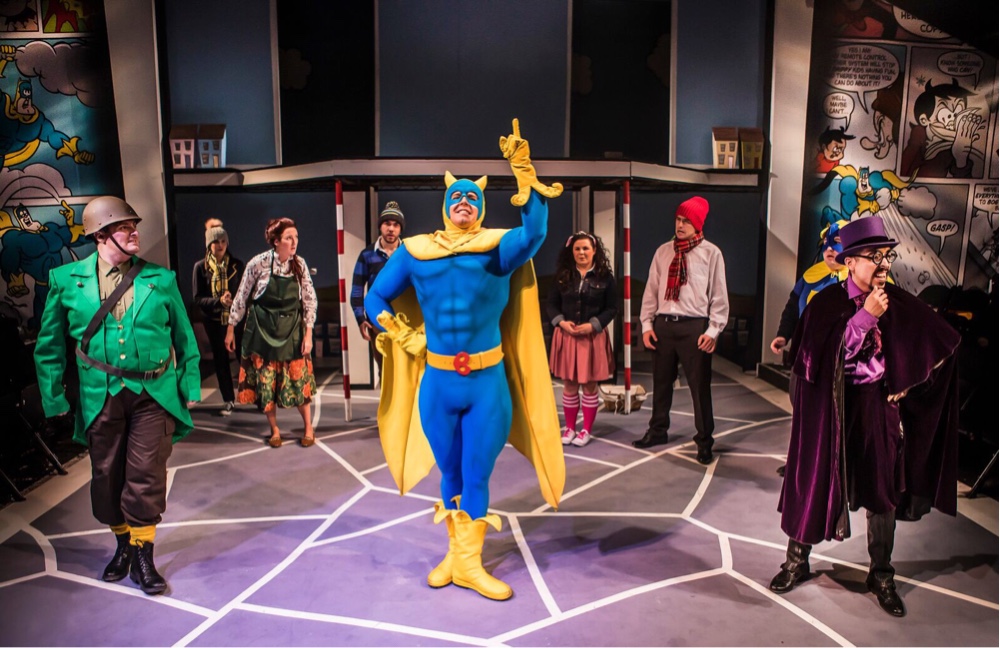 What’s striking about Bananaman is how the cast are determined to make sure you’ll have a good time with this incredibly silly yet appealing show. No joke is too old or no sight gag is overlooked. It’s currently playing at the Southwark Playhouse.

Along the way they also sing a few good tunes in this new musical by Leon Paris. You’re likely to leave the theatre humming the song Bananaman on your way home. Possibly because it is sung so many times.

You don’t need to know the comic or backstory as the show spends an awful long time on the hero’s origins. But once that’s out of the way there is a sweet sendup of superheroes. A comet knocks out gawky Eric Wimp (Mark Newnham) one evening. And so after eating a banana he turns into a dopey, pompous muscle-bound superhero Bananaman (Matthew McKenna). 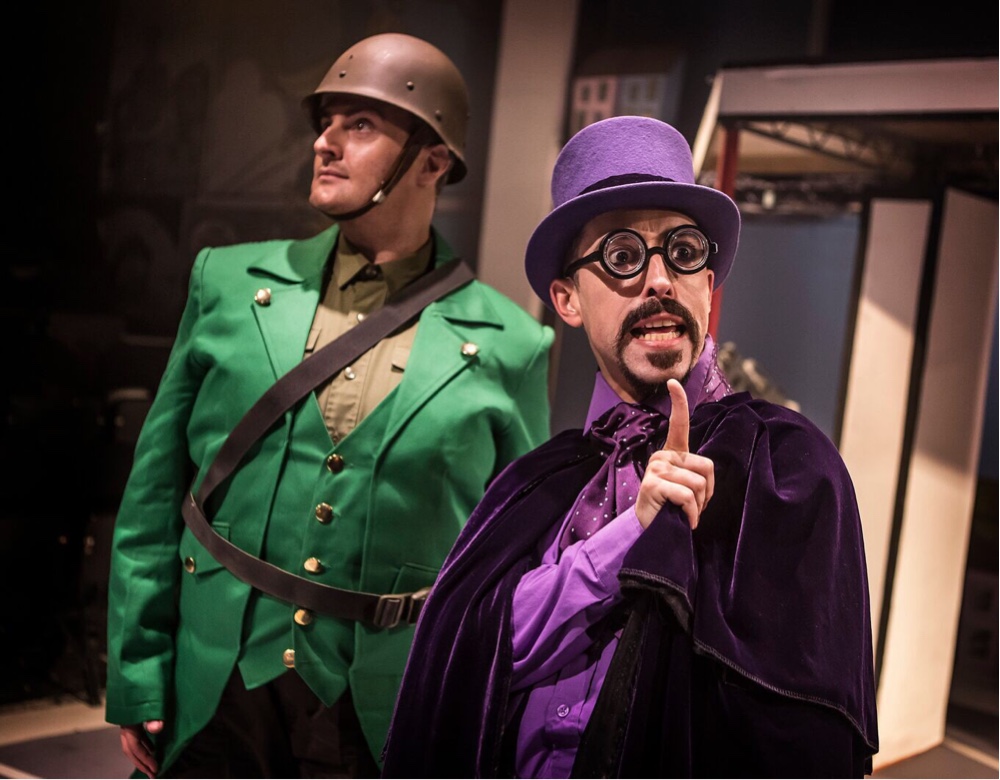 There are scene-stealing performances by Mark Pickering as Dr Gloom and Carl Mullaney as General Blight. They have evil plans that Bananaman must stop. But they’re so good (and so funny) at being evil you’ll secretly wish they succeed.

The production keeps the cartoon-like quality with its cardboard style sets, costumes and lighting. Itslips up with its length and not giving some of the supporting characters enough to work with. Jodie Jacobs as the crow seems underused and it’s hard to work out just what sort of heroine Emma Ralston should be as Fiona. If Bananaman is so stupid surely she should be saving the day? 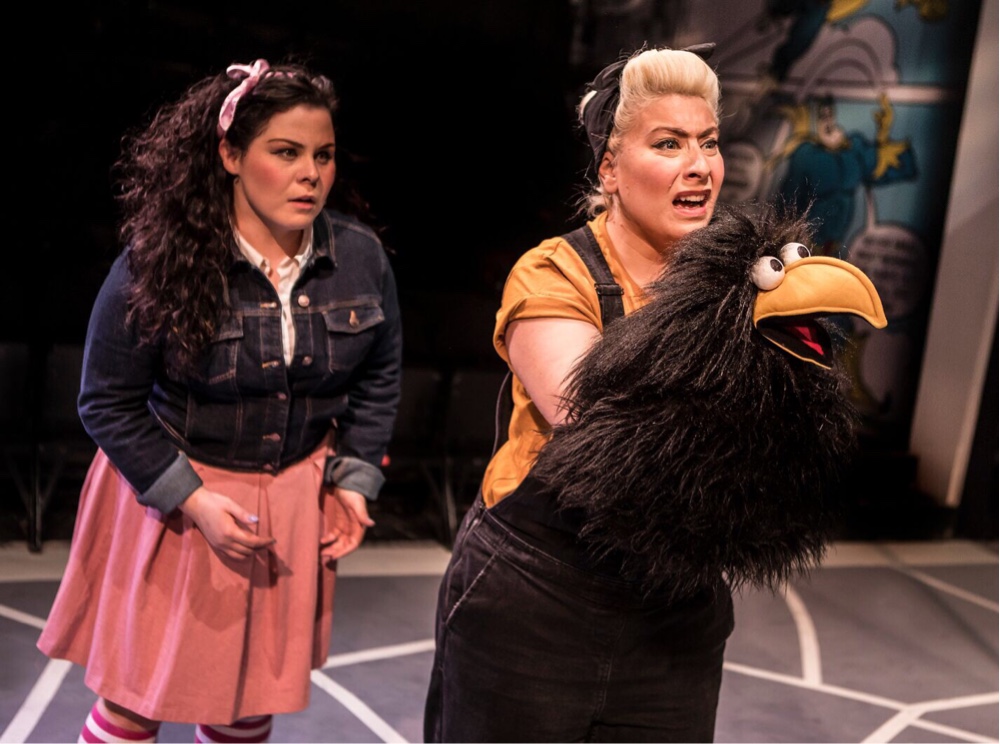 But its hard not to like a show that takes the piss out the sanctimonious drivel that you see from the likes of DC and Marvel comics. And there’s a talking crow and an evil villain that serves biscuits to his henchmen. You won’t see that in Justice League!

Directed by Mark Perry, Bananaman is at the Southwark Playhouse until 20 January.