Once more without feeling: Again @Trafstudios 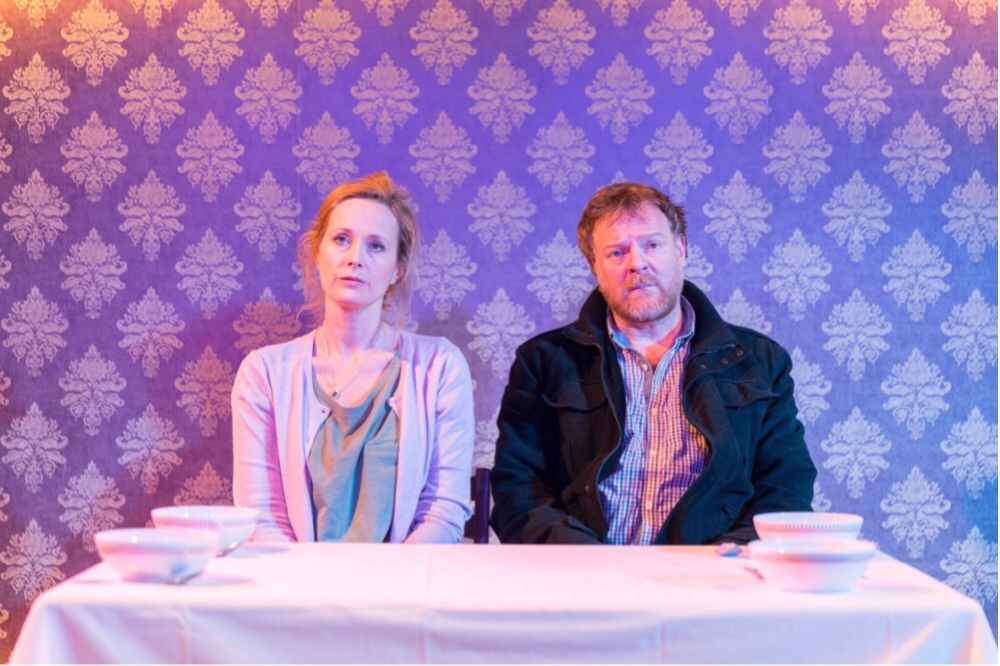 The nuclear family seems to be a little unstable in Again. Presented by Mongrel Thumb, Stephanie Jacob’s intriguing new play explores the underbelly and soft belly of family relationships. Just as you think everyone’s coming together they explode into rage. Or crack a bad joke. And then they do it all over again. But with less rage, more rage or acceptance. It’s currently running at Trafalgar Studios.

Presented as a family reunion after a period of estrangement, nothing is what it seems to be. Scenes start and then restart as multiple perspectives play out. Is it the mother’s wish, the son’s wish, the father or the daughter? In the end you can’t be sure any of it happened. But slowly it pieces together a story of fractured family determined to get things right. Or get their own way. 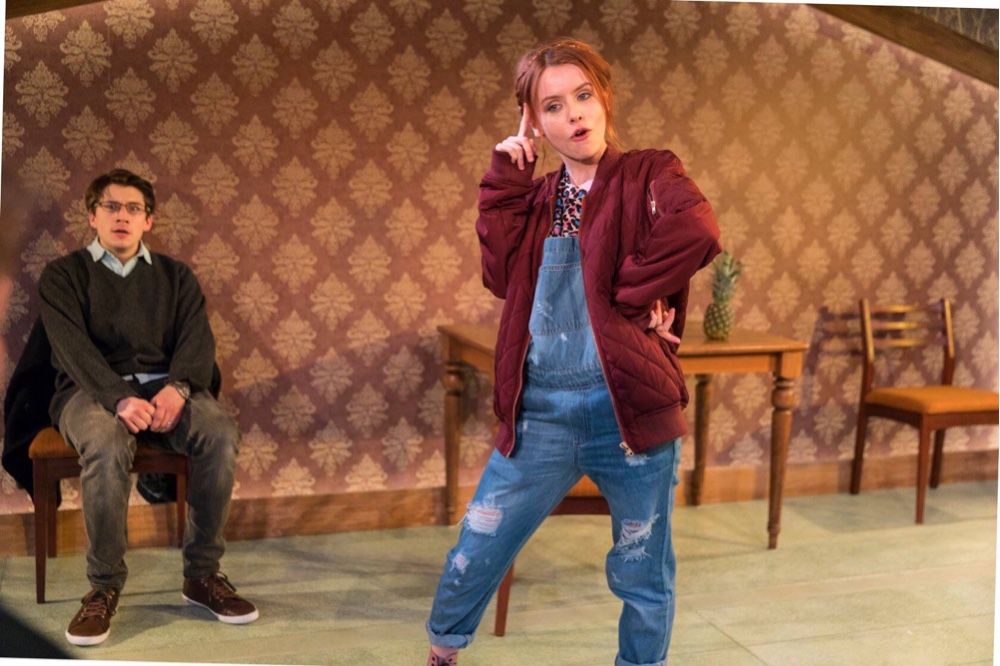 Tom (Chris Larkin) has deserted his wife Louise (Natasha Little) for a younger woman. Their son (Charles Reston) spends most of his life in the library and studies poetry. Their daughter (Rosie Day) is a free spirit dating her brothers friend while partying and having a good time.

This sets the scene to cover past history, settle scores and right wrongs. Is there a reconciliation on the cards, or is it all an illusion? The cast keep things focussed as they pause, repeat and reframe old wounds and old jokes.

Designer Anthony Lamble as created a simple family room for the downstairs studio. But it becomes the  dining room, waiting room or war room.

Perhaps with it’s running time of 75 minutes there isn’t much time to explore the family too much. But thanks to the performances and the brisk pace it holds your attention all the same.

Directed by Hannah Price, Again is at Trafalgar Studios until 3 March. 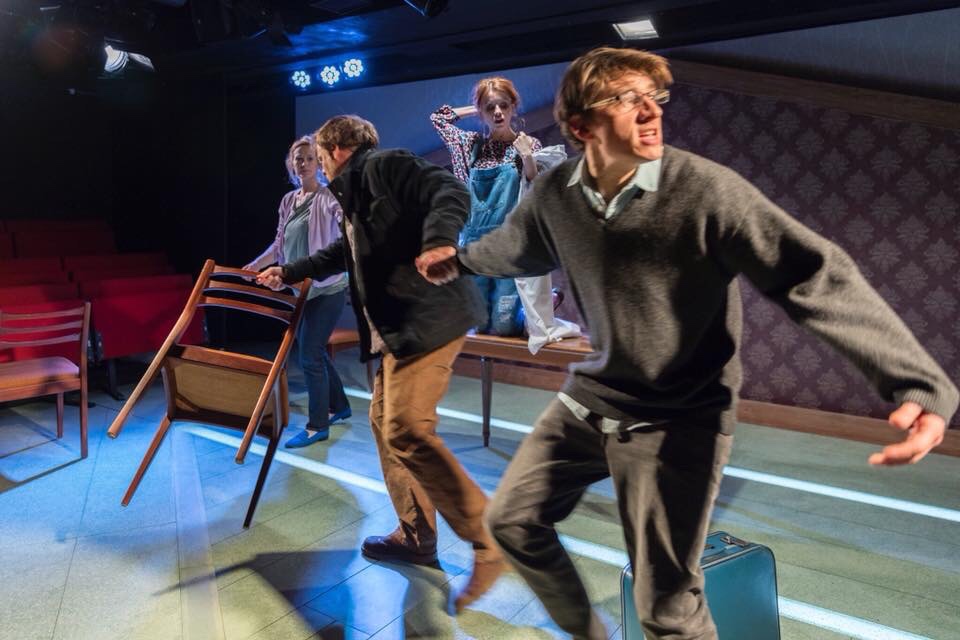